Iraq: Oil-rich and ravaged by conflict 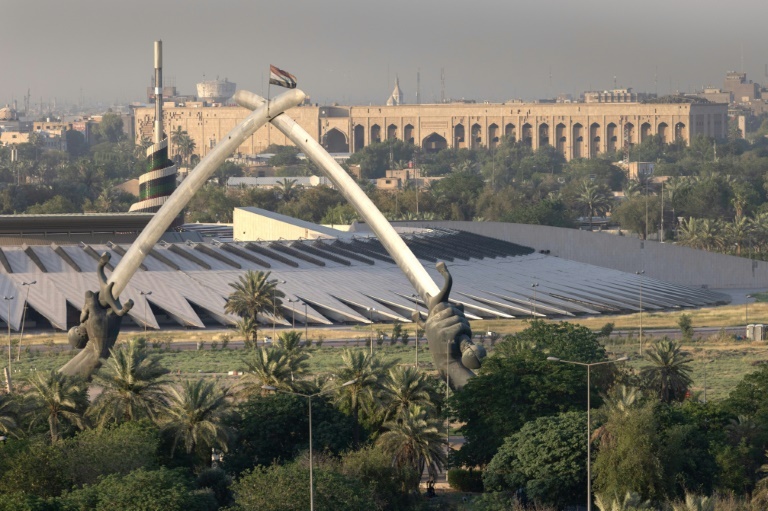 Baghdad (AFP) - Iraq, which on Sunday holds legislative elections, is oil-rich but has been ravaged by wars and conflicts since the 1980s.

During ancient times, the lands now comprising Iraq were known as Mesopotamia -- meaning land "Between the Rivers", the Tigris and the Euphrates.

Its extensive alluvial plains gave birth to some of the world's earliest civilisations -- including Sumer, Akkad, Babylon, and Assyria -- to which humanity owes writing, legal codes and the first towns.

The Hanging Gardens of Babylon, ancient Mesopotamia's capital, were considered one of the Seven Wonders of the Ancient World.

The ruins of the city of Ur, where the Bible says Abraham was born, is one of Iraq's oldest archaeological sites.

Ruled by Britain after World War I, Iraq became independent in 1932.The monarchy was abolished in 1958 after a military coup, and a republic established.

Saddam Hussein took power in 1979 in another putsch.

Soon the country plunged into war with its bigger neighbour Iran, the first of a series of conflicts that last four decades.

The Iran-Iraq war raged from 1980 to 1988, followed three years later by the First Gulf War over Kuwait and then the US-led invasion of 2003 which ousted Saddam.

Iraq is overwhelmingly Muslim: Shiites account for around 60 percent of its population of 40.2 million people while Sunnis make up 32 to 37 percent.

Around 15 to 20 percent of Iraq's population are Kurds, a non-Arab ethnic group who live mainly in the autonomous north.

A massive "yes" vote in a controversial referendum on Kurdish independence organised in 2017 ended in failure after Baghdad rejected the ballot and retook disputed areas.

Iraq's Christian community, which made up six percent of the population in 2003, now accounts for less than one percent, after an exodus prompted by violence.

Between Saudi Arabia and Iran

Iraq shares borders with both of the Middle East's big rival powers: the Sunni kingdom of Saudi Arabia and the Shiite Islamic republic of Iran.

It is also a neighbour of Turkey, war-torn Syria, Kuwait and Jordan.

Relations between Iraq and Iran have greatly improved since the fall of Saddam and the emergence in Baghdad of a central government dominated by Shiites.

Since 2017, relations between Saudi Arabia and Baghdad have also become better after years of tensions.

Iraq, which eyes a role as regional mediator, has over the past few months hosted talks between officials from Tehran and Riyadh.

Relations between the two regional giants have been frozen since January 2016, with each accusing the other of destabilising the Middle East.

Iraq is the oil cartel OPEC's second-biggest producer and depends on oil for more than 90 percent of its revenues.

But the country has regular power cuts which fuel social unrest.It is extremely dependent on its Iranian neighbour, which provides a third of its needs in gas and electricity.

A third of the population lives in poverty, with the pandemic and the fall of the price of crude in 2020 having aggravated the situation, according to the United Nations.

The country is also plagued by corruption which has eaten up more than 410 billion euros ($474 billion) since 2003, according to official figures.