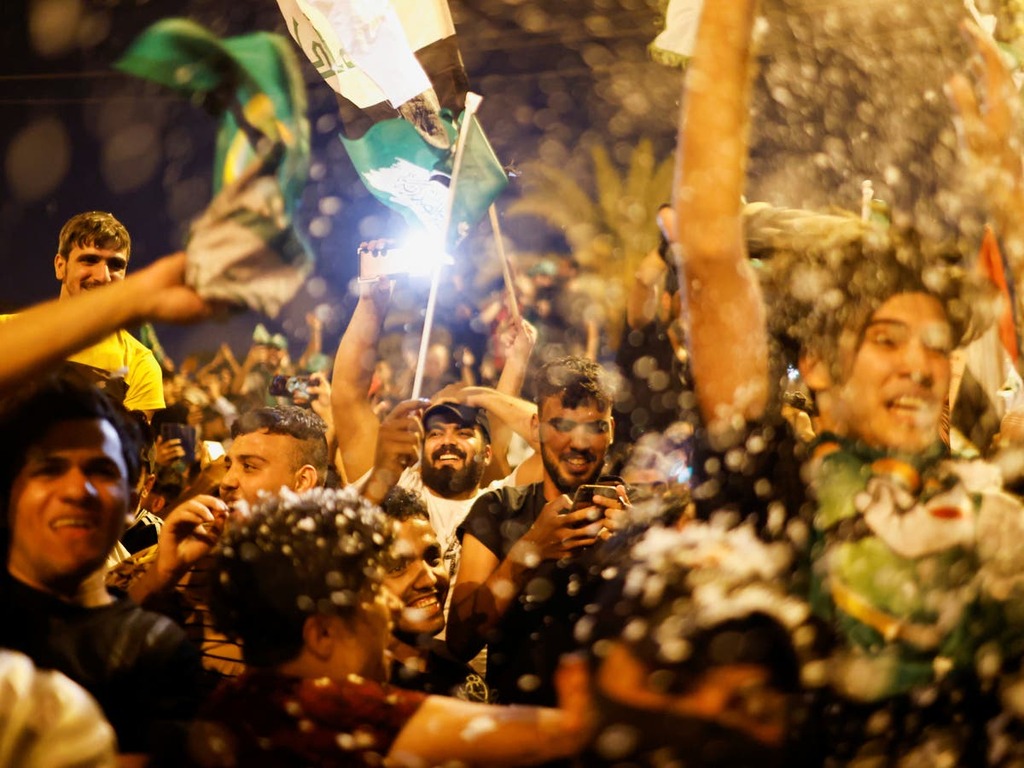 The party of Iraq’s influential Shia cleric Muqtada al-Sadr has taken the most seats in Iraq’s national election, according to initial results and officials within the movement, making him a potential kingmaker after a vote marred by record low voter turnout.

The Sadrist movement, led by the populist cleric known for his insurgency against US forces in the mid-2000s, secured as many as 73 of the 329 member-parliament, a spokesperson for the movement told The Independent.

An official at Iraq’s electoral commission confirmed that the Sadrists had come first in the elections, but did not immediately confirm how many seats the party won as the count was incomplete.

The partial results indicated a Sunni coalition led by parliament speaker Mohamed al-Halbousi coming in second with around 38 seats.

But just one seat behind that was – the State of Law Coalition – led by former prime minister Nouri al-Maliki, showing that the country’s Shia parties were poised once again to have an influential presence in the upcoming parliament.

Iraq’s Shia groups have long dominated the country’s political arena and steered government formation since the US-led invasion of 2003 that toppled Sunni dictator Saddam Hussein and catapulted the Shia majority and the Kurds to power.

The Sadrist Movement is widely expected to steer the formation of the next government.

A spokesperson for Sadr’s office told The Independent that they believe they had taken at least 73 seats, with the majority being in  Baghdad.

“It is not quite as ambitious as we wanted it to be,” said the official, who asked for anonymity as he was not authorised to speak to the media.

“We were hoping for 85 seats, but still this is a good number,” he added.

Among the biggest losers, however, were the overtly pro-Iran groups. The Fatah Alliance of candidates representing mostly pro-Iran state-sanctioned militias may have secured as little as 14 seats, a third of the seats they took in the 2018 election.

They apparently struggled to rally support as they faced criticism for their close links to armed groups accused of killing some of the nearly 600 people in the country’s uprising in 2019 which sparked the early vote.

The elections took place seven months early following a key demand of the popular uprising which formed in protest against endemic corruption, soaring unemployment and a proliferation of armed groups. More than 600 people were killed over a few months as the rallies were brutally crushed.

The country’s prime minister Mustafa al-Kadhimi also agreed to push through new elections legislation which experts say was not perfect but loosened the main political parties’ stranglehold on the legislature by opening the door for independents to run.

“It looks like [Fatah] are being punished by their own constituency who haven’t shown up but also by people who criticised the groups in the PMF [militias] and the security forces responsible for crackdowns on protesters… crimes and intimidations,” said Sajad Jiyad, an Iraqi researcher in the Century Foundation think tank.

“It is a concern if Fatah decides to challenge election results or if they form an opposition, not within the framework of parliament if they decide to use protests that maybe could get violent,” Jiyad added.

Iraqi media reported on Monday that Fatah officials vowed to contest the results of the election and called for an urgent meeting, raising the spectre of messy weeks of political wrangling ahead.

Preliminary results showed several independent candidates getting into parliament, although the number of seats was not immediately known.

Among them was the Imtidad movement, one of the few activist-led new parties that took at least five seats in Nasiriyya, the city that has recently become the heart of the revolt. Their founder Alaa al-Rikabi told The Independent he intended to form “Iraq’s first real opposition in 100 years” within parliament.

This might help the next elections Jiyad added. “If people could see a group of MPs that didn’t take part in government and acted in people’s best interests, people would vote from them then next time around.”

Despite the early elections and new electoral law, youth activists called for a boycott of the polls believing them to be dominated by the political old guard. A string of forced disappearances and targeted assassinations that have killed more than 30 people has further discouraged voters from taking part.

It meant that a preliminary turnout showed record low participation of just 41 per cent of the registered voters.

When asked whether the low voter turnout undermined their win the Sadrist Movement spokesperson dismissed concerns. “Yes, there was a low turnout but (we) are not worried, the vote shows us as the clear winners,” he said.

The other big winner were Kurdish parties who provisionally took  61 seats.

Elections in Iraq since 2003 have been followed by protracted negotiations that can last months and serve to distribute government posts among the dominant parties.

The result on Monday is not expected to dramatically alter the balance of power in Iraq or in the wider region.