Iraqi Prime Minister Mustafa al-Kadhemi declared a day of national mourning Thursday after nine civilians were killed in a strike on a Kurdish hill village he blamed on neighbouring Turkey. Ankara has denied responsibility for the attack.

The coffins of the nine dead, draped in Iraqi national flags and festooned with flowers, were put on board a flight to Baghdad from Kurdish regional capital Arbil by an honour guard led by top officials.

Iraqi Foreign Minister Fuad Hussein and Kurdish regional president Nechirvan Barzani led the pallbearers carrying the smallest of the coffins, a child's, onto the military plane, according to reporters.

In Baghdad, the bodies were to be handed over to their families for burial.

The deaths in a village pleasure garden prompted several dozen angry demonstrators to protest outside the Turkish visa office in Baghdad early Thursday, despite a heavy police presence.

Loudspeakers blared out patriotic songs as protesters chanted slogans demanding the expulsion of the Turkish ambassador, an AFP journalist reported.

"We want to burn down the embassy. The ambassador must be expelled," said demonstrator Ali Yassin, 53. "Our government is doing nothing."

In an unusually strong rebuke, Iraqi Prime Minister Kadhemi has warned Turkey that Baghdad reserves the “right to retaliate,” calling the artillery fire a “flagrant violation” of sovereignty - a line echoed by Iraq’s Kurdish administration.

Iraq said it was recalling its charge d’affaires from Ankara and summoning Turkey’s ambassador, and demanded an official apology from Turkey along with “the withdrawal of its armed forces from all Iraqi territory”.

Turkey has however rejected the claim that it was responsible for the deadly strike in northern Iraq.

Turkey regularly carries out air strikes in northern Iraq and has sent commandos to support its offensives as part of a long-running campaign in Iraq and Syria against militants of the Kurdish PKK and the Syrian Kurdish YPG militia. Ankara regards both as terrorist groups.

'It is not right to blame Turkey'

In an interview with Turkish state broadcaster TRT Haber on Thursday, Turkish Foreign Minister Mevlut Cavusoglu said the military had informed him that it was not responsible for the attack.

"The whole world knows we would never carry out an attack on civilians," said Cavusoglu.

Cavusoglu said reports blaming Turkey for the attack were attempts by the PKK to hinder Ankara's counter-terrorism.

"Following this attack, which we believe the (PKK) terrorist organisation carried out, we are ready to hold talks with Iraqi officials. We can cooperate for the curtain of fog to be lifted. Until that is lifted, it is not right to blame Turkey," he said.

The PKK took up arms against the Turkish state in 1984. More than 40,000 people have been killed in the conflict, which in the past was mainly focussed in southeast Turkey, where the PKK sought to create an ethnic homeland.

For the past 25 years, the Turkish army has maintained dozens of outposts across Iraq's Kurdish north as part of its campaign against the rebels. There have been sporadic calls for their removal.

Iraq and Turkey are key trade partners but Ankara's successive offensives against PKK rear bases in the north have been a persistent thorn in relations.

(FRANCE 24 with AFP and Reuters) 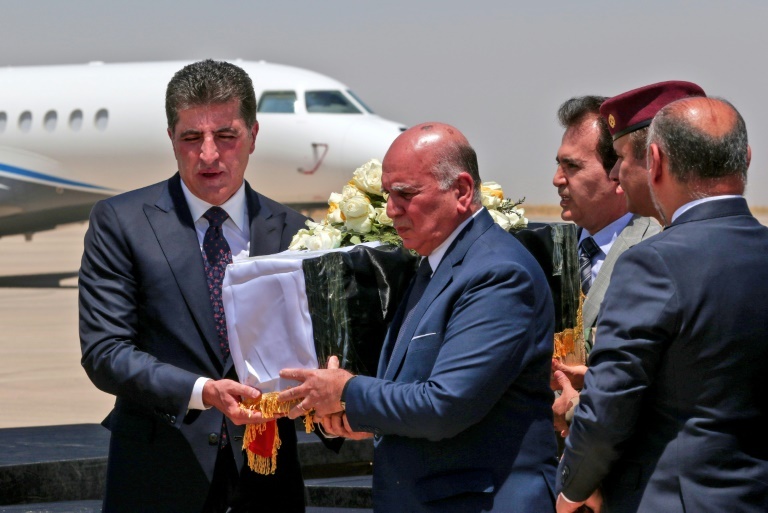 AFP
From analysis to the latest developments in health, read the most diverse news in one place.
Angry Iraq buries dead from shelling blamed on Turkey

Baghdad (AFP) - An angry and grieving Iraq on Thursday buried nine holidaymakers, including a newlywed, killed in the artillery…

The Independent UK
One place to find news on any topic, from hundreds of sites.
Turkey rejects claims of attack on civilians in Iraq's Dohuk

Turkey has not carried out any attacks targeting civilians in Iraq's Dohuk province, where a strike killed eight and wounded…