Iranian FM to Hold Talks with Lebanese Officials on Thursday 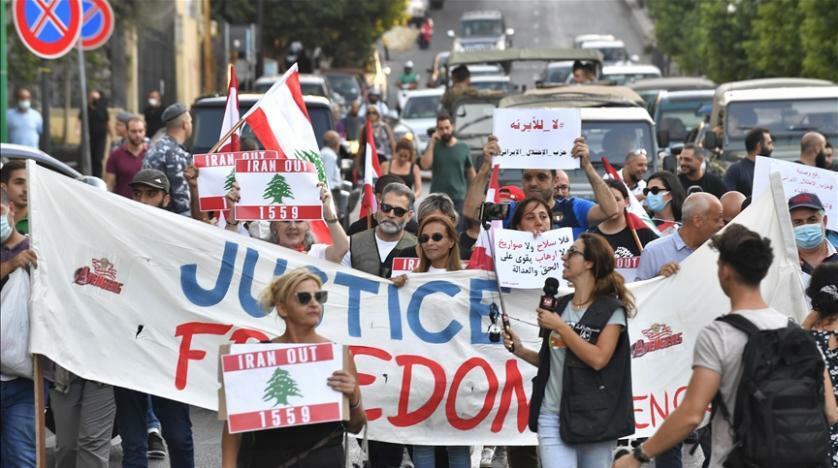 Iranian Foreign Minister Hossein Amir-Abdollahian arrived Wednesday in Beirut where he is scheduled to meet with Lebanese President Michel Aoun and a number of officials on Thursday, including his counterpart Abdullah Bou Habib.

Abdollahian’s visit was rejected by a number of Lebanese parties who oppose Iran's interference in Lebanese affairs.

A number of Lebanese people demonstrated Wednesday in Beirut's Achrafieh district to protest the visit and Iran's presence in Lebanon.

“No to Occupation, No To the Authority of Suppression and Submission,” a number of banners read.

Speaking on behalf of the demonstrators, the head of the Change Movement Party, Elie Mahfoud, said during the rally: “We reject the visit of Iran's foreign minister to Lebanon, as if such a visit indicates that the Lebanese Republic is an occupied nation and an extension to the Iranian regime and its influence.”

He said the demonstrators reject an authority that is submitted to the Iranians and he lashed out at corrupt officials.

“We demand sovereignty before bread,” he said, adding that the visit of the Iranian foreign minister does not come in the normal diplomatic context between two countries, but it represents a blatant symbol of the Iranian occupation.