Iran will avenge the death of Revolutionary Guards Colonel Sayad Khodai, President Ebrahim Raisi said on Monday, a day after the elite corps officer was shot dead by two people on a motorcycle in a rare assassination in Tehran.

"I have agreed for our security forces to seriously follow up on this matter and I have no doubt that revenge for the pure blood of our martyr will be taken," Raisi said.

The killing only reinforces the determination of the Guards to confront the enemies of Iran, Guards spokesman Ramazan Sharif said, according to the semi-official Mehr news agency.

"The martyrdom of Colonel Khodai strengthens the determination of the Revolutionary Guards to defend security, independence and national interests and to confront the enemies of the Iranian nation," he said. "The thugs and terrorist groups affiliated with global oppression and Zionism will face consequences for their actions."

Khodai was "one of the defenders of the shrines", the semi-official Tasnim news agency reported, referring to military personnel or advisers who Iran says fight on its behalf to protect Shi'ite sites in Iraq or Syria against groups such as Islamic State.

Two people on a motorcycle opened fire on Khodai, Tasnim reported, while the semi-official ISNA news agency said that members of an Israeli intelligence service network had been discovered and arrested by the Guards.

The killing comes at a time of uncertainty over the revival of Iran's 2015 nuclear deal with world powers after months of stalled talks.

"Should Israel be responsible for the attack, it is a reminder of Israel's growing reach and destabilising capacity inside Iran," said Vakil.

The Israeli Prime Minister's Office, which oversees intelligence agency Mossad, declined to comment on the events in Tehran.

At least six Iranian scientists and academics have been killed or attacked since 2010, several of them by assailants riding motorcycles, in attacks believed to have targeted Iran’s nuclear programme, which the West says is aimed at producing a bomb.

Iran denies this, saying the programme has peaceful purposes, and has denounced the killings as acts of terrorism carried out by Western intelligence agencies and Mossad. Israel has declined comment on such accusations.

Henry Rome of the Eurasia Group said the assassination appeared to be Israeli retaliation against the Revolutionary Guards for regional and global operations.

This approach is in line with Israel's strategy of countering Iran's actions not just in third countries but also inside Iran itself, attacking what Prime Minister Naftali Bennett calls the "head of the Octopus", added Rome.

In March, Iran attacked Iraq's northern city of Erbil with a dozen ballistic missiles in an unprecedented assault on the capital of the autonomous Iraqi Kurdish region that appeared to target the United States and its allies.

Iranian state media said the Revolutionary Guards carried out the attack against Israeli "strategic centres" in Erbil, suggesting it was revenge for recent Israeli air strikes that killed Iranian military personnel in Syria. 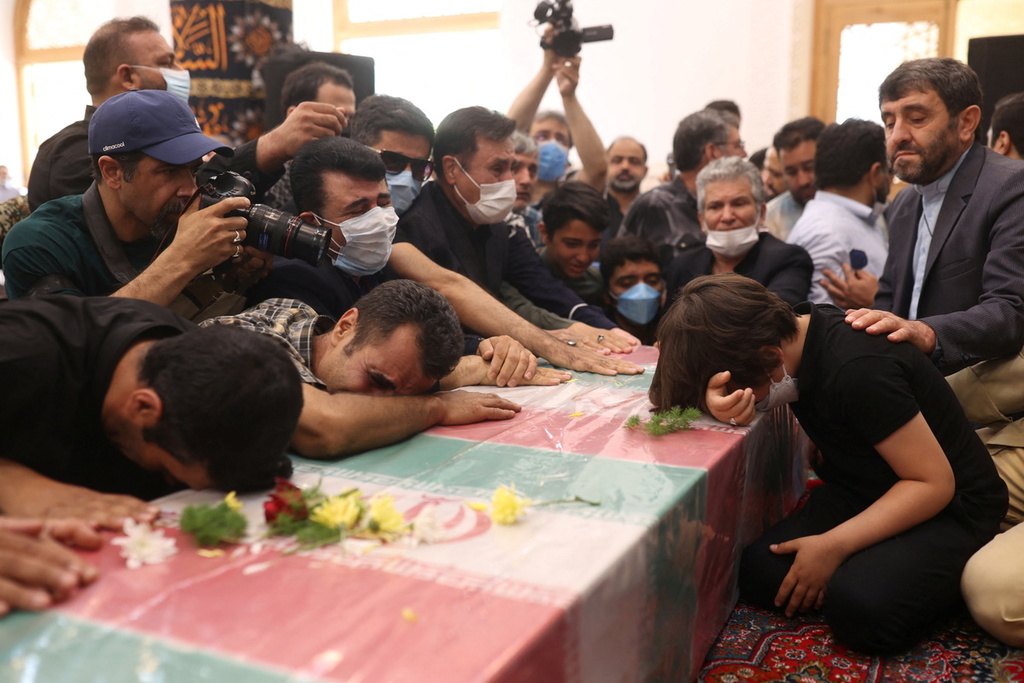