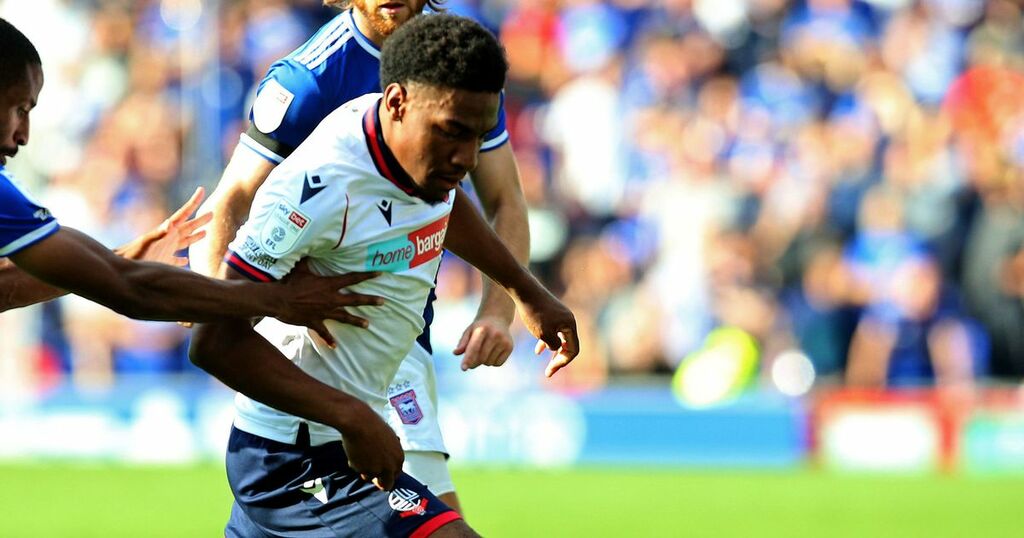 Bolton Wanderers have said they are 'disgusted' by discriminatory and 'hateful' comments made towards Dapo Afolayan in a video filmed at today's win over Ipswich Town.

The Tractor Boys are aware of the video which has appeared on social media and have launched a 'thorough' investigation into the matter.

The Portman Road outfit have made police aware and have vowed to not hesitate to take 'strong, but appropriate, action'.

Wanderers have shown their full support to Afolayan - who scored twice and won a penalty in today's 5-2 victory over Ipswich - and commended Paul Cook's side for their direct action taken after the video appears to have been filmed by a Tractor Boys supporter.

A statement on Twitter from Wanderers read: "We're disgusted to have learned of discriminatory and hateful comments directed at Dapo Afolayan in a video that appears to have been filmed by an Ipswich fan during today's game.

"We show our full support to Dapo and commend the direct approach to taking action by Ipswich Town."

An Ipswich club statment read: "The Club is aware of a video on social media that appears to have been filmed during today’s fixture with Bolton Wanderers at Portman Road.

"We are conducting a thorough investigation into the matter, and we have made the relevant authorities aware, including the police.

"Ipswich Town Football Club does not tolerate discrimination of any kind and will not hesitate to take strong, but appropriate, action.

"We encourage supporters to report any such behaviour by speaking to their nearest steward or through the Kick It Out app.

"We will not be commenting more at this time."

Wanderers won thanks to two strikes from Afolayan, Eoin Doyle's penalty, as well as second half strikes from Josh Sheehan and George Johnston.

Ipswich had initially taken the lead through Macauley Bonne, before Bonne's later strike deflected in off Ricardo Almeida Santos to make it 2-2.