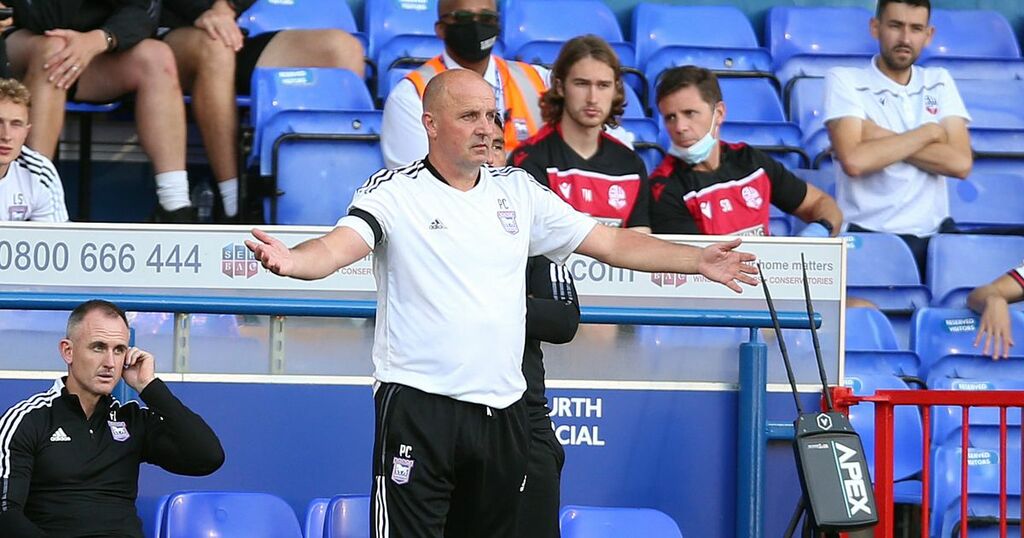 Ipswich Town boss Paul Cook believes that the Tractor Boys let their supporters down in the heavy home defeat against Bolton Wanderers as he praised Ian Evatt's side for their threat in the final third.

Bolton went behind early on thanks to Macauley Bonne's strike, but got back on level terms thanks to Dapo Afolayan.

Eoin Doyle then put Wanderers ahead from the penalty spot, before Ipswich leveled after Bonne's shot went in off Ricardo Almeida Santos.

Afolayan then grabbed his second of the game on the stroke of half-time, before the returning Josh Sheehan added a fourth after the break, as George Johnston added a fifth to cap off a remarkable game which has left Bolton third in League One.

The Tractor Boys, meanwhile, remain without a win in the division and rooted in the relegation zone after the heavy loss.

Cook branded the performance his side put in against Wanderers as 'not acceptable' and paid Bolton a 'big compliment' with the attacking threat they carried at Portman Road.

Cook said: "There are massive clubs in this league. Bolton Wanderers are a massive football club! Sunderland! Portsmouth! How many do you want?

"We’ll concentrate on ourselves. The most important thing is Ipswich Town Football Club. Today, we’ve let our fans down.

"You can’t manage and play for a club like this, have performances like that, and speak about acceptance. It’s not acceptable.

"We’re playing against a very good Bolton side. As many negatives as we speak about Ipswich today, I think we should pay Bolton a big compliment.

"They were excellent. They carried a real threat going forwards and it was a threat we couldn’t manage."