Rajasthan Royals entered the game against Chennai Super Kings with clear intent to snatch away the second berth from Lucknow Super Giants. But CSK made it tough from them, almost choking them before Ravichandran Ashwin's experience and calm nerves ensured Royals a five-wicket win at the Brabourne Stadium in Mumbai on Friday.

Chasing 151, Royals began in a chancy fashion and lost Jos Buttler early, but opener Yashasvi Jaiswal (59 off 43 balls) played the perfect anchor before Ashwin struck a fluent, unbeaten 40 off 23 balls to take the team home.

Again, it was collective potential and zeal that proved too strong for CSK. Sanju Samson's Royals will now face Gujarat Titans in Qualifier 1 at the Eden Gardens in Kolkata on May 24.

CSK scored 75/1 in the Powerplay, of which 55 runs came from Moeen's bat, but they slowed thereafter, kept losing wickets and eventually finished short.

The competent Royals bowling attack worked its way back after being pushed to the wall. Having failed to overcome Moeen's concentration and skill, bowlers instead feasted on other batters' failure to adapt and implement.

Unlike the Englishman, who made most of the wicket on offer, other CSK batters put in only brief appearances, a reminder of how the season has been one of missed opportunities for the men in yellow.

Quite impressively, the Royals bowlers succeeded in putting pressure back on CSK, but Ashwin stole all the attention in the end with bat in hand! 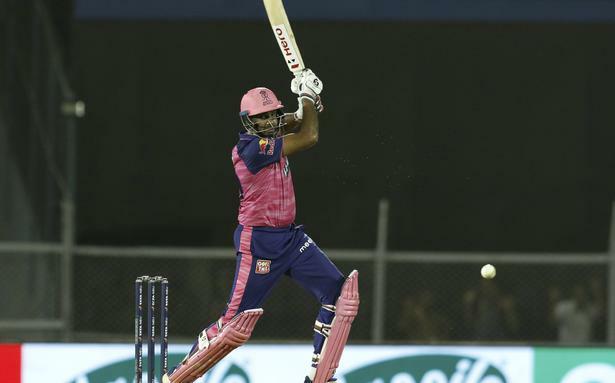 The Hindu
From analysis to the latest developments in health, read the most diverse news in one place.
IPL 2022, Rajasthan Royals vs Chennai Super Kings Highlights: Ashwin stars with bat as RR beat CSK to finish second in standings

MUMBAI: Ravichandran Ashwin, once again, proved his utility with the bat when his team needed it the most as Rajasthan Royals defeated Chennai Super Kings by five wickets to finish the IPL league phase in Top-2 here on Friday.

Can Royals get two bites of the cherry?

The Times of India
IPL 2022: Royals seek another Buttler show versus CSK to clinch play-off spot

MUMBAI: Having gone off the boil in the last few games, Jos Buttler would be eagerly waiting to pounce on an inexperienced Chennai Super Kings attack in order to clinch a play-off berth for Rajasthan Royals in the IPL here on Friday.

The Times of India
One place to find news on any topic, from hundreds of sites.
IPL 2022: Ashwin has done a great job for us, says Sanju Samson after Rajasthan's five-wicket win over CSK

MUMBAI: Rajasthan Royals' (RR) skipper Sanju Samson praised all-rounder Ravichandran Ashwin for his superb performance that helped them to a five-wicket win against Chennai Super Kings (CSK) at the Brabourne Stadium here on Friday. It ensured RR a top-two finish in the playoffs bracket.