MUMBAI: Ravichandran Ashwin, once again, proved his utility with the bat when his team needed it the most as Rajasthan Royals defeated Chennai Super Kings by five wickets to finish the IPL league phase in Top-2 here on Friday.

Ashwin remained unbeaten on 40 off 23 balls as RR completed the chase of 151 with two balls to go, grabbing the second place to set up a blockbuster clash with Gujarat Titans in the first play-off next Tuesday.

Moeen Ali top-scored for CSK with a 57-ball 93 before RR staged a remarkable comeback to restrict the yellow brigade to 150 for six in the allotted 20 overs.

Young Yashasvi Jaiswal (59 off 44 balls) got RR off to a brisk start with back-to-back boundaries off Mukesh Choudhary in the innings' first over.

In fact, by the time the first over of their innings came to an end, RR qualified for the play-offs on net run rate, leaving Royal Challengers Bangalore and Delhi Capitals to fight for the fourth spot.

Simarjeet Singh struck early for CSK, sending back the dangerous Jos Buttler (2), who edged an away going delivery to Moeen's waiting hands at slip.

Jaiswal struck two more successive boundaries in the next over and to give RR innings stability, the 20-year-old opener added 51 runs for the second wicket with captain Sanju Samson (15).

However, Samson again failed to translate his start into a substantial contribution as left-arm spinner Mitchell Santner had the batter caught and bowled. Devdutt Padikkal (3) did not last long and was bowled by Moeen to leave RR at 76 for three in the 12th over, and with some work left to do.

Having brought up his half century in 39 balls, and after a six over long-on, the well-set Jaiswal got out to Prashant Solanki while trying to clear the fence.

Back from Guyana after celebrating the birth of his child, Shimron Hetmyer (6) arrived at the crease with high hopes of finishing it for RR, but could not do much as he fell to Solanki.

However, Ravichandran Ashwin kept RR in the hunt with his sensible batting at one end.

Earlier, Moeen blazed away in the power play but slowed down considerably thereafter as Chennai Super Kings struggled for runs in the back 10.

Batting first after his skipper Mahendra Singh Dhoni won the toss, Moeen smashed his way to a 19-ball 50, and was 59 off 24 at the end of the first six power play overs, with CSK racing away to 75 for the loss of one wicket.

However, after being at the receiving end of Moeen's brutal onslaught during which the England all-rounder made a bowler of Trent Boult's calibre look like an uncapped player by bludgeoning him for 26 runs in an over, the RR bowling unit made a fine recovery.

There was a phase in the innings when CSK failed to find a boundary for 45 balls, before Dhoni (26) roared back to pull Yuzvendra Chahal (2/26) over deep square leg.

As far as Mooen was concerned, he was kept by the RR bowlers for a longer time. After he hit Chahal's flighted delivery through cover for a four in the fourth ball of the seventh over, Moeen found his next four three balls into the 17th over, the bowler being Obed McCoy (2/20), at the Wankhede Stadium.

Dhoni smoked Prasidh Krishna for a six over deep midwicket in the beginning of the next over, but the seamer came back strongly in the remaining five balls.

To start with, CSK were 3 for one after two overs but Devon Conway and Moeen broke loose after that, scoring 12 and 18 runs in the next two overs and getting the yellow brigade's innings up and running.

Mooen was getting the big shots going with consummate ease, even as Conway looked on from the other end. Mooen reached his half century with an uppercut over the third man boundary off Boult.

That over -- the last before power play ended -- saw Moeen go hard at Boult, hitting the seasoned New Zealand pacer for a six and five boundaries.

Before that, Prasidh conceded 18 runs in an over which forced Sanju Samson to introduce the experienced Ravichandran Ashwin (1/28) into the attack, but he too was struck for 16 runs by Moeen. 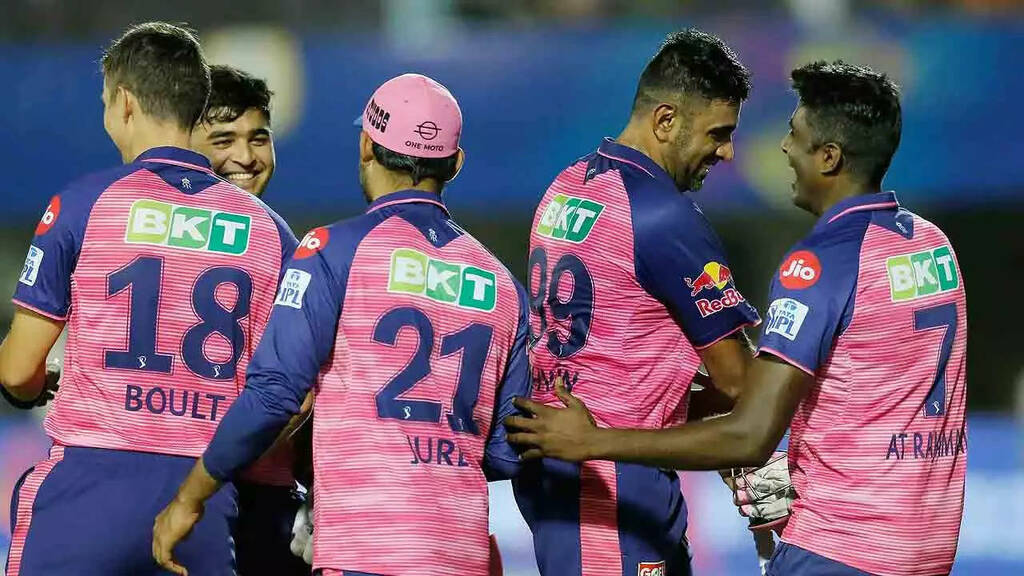 The Times of India
From analysis to the latest developments in health, read the most diverse news in one place.
IPL 2022, RR vs CSK: Rajasthan Royals eye coveted second spot in game against Chennai Super Kings

Can Royals get two bites of the cherry?

The former’s 23-ball 40 takes the team past the finish line after Jaiswal lays the foundation; Moeen’s knock goes in…