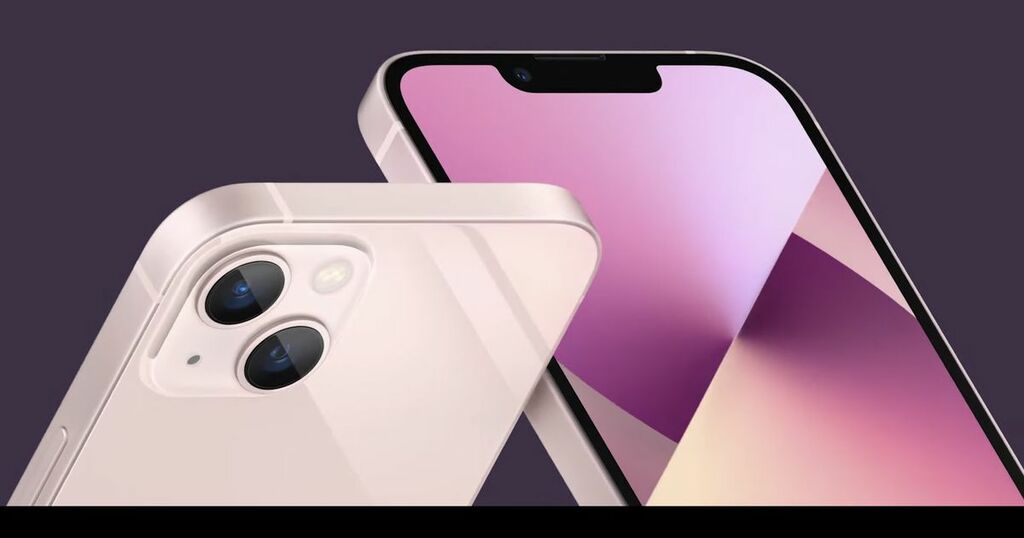 Apple has launched the hotly anticipated new iPhone 13 - and it's pink.

The new model boasts a longer 'all day' battery life and new camera features - including portrait mode for video.

And Apple's new top of the range iPhone 13 Pro and Max models features a triple-lens camera in a variety of space-age metallic hues.

The higher-end model is being hailed by the company as its 'fastest' ever phone and sports its longest-life battery yet.

The iPhone 13 Pro Max has the longest battery life ever in an iPhone, at 2.5hours longer than the iPhone 12 equivalent.

The launch confirmed rumours the latest range was likely to include a new suite of colours after pictures of a vibrant pink hued device was leaked.

The new handsets are being marketed as faster and brighter and all come with a longer battery life.

This is thanks to the new smart data mode will kick in to conserve usage when higher 5G speeds aren’t needed, Apple says.

The iPhone 13's screen display is 28 per cent brighter and is more power efficient, Apple told fans in its California Streaming launch on Tuesday.

The camera has been upgraded to better capture dark and black colours in clearer images, Apple says.

And a new “Seek” feature allows users to scan and identify plants and animals around them.

The Fitness+ app has added pilates and group workouts including guided meditation to its offering.

The service includes guided workouts with Apple instructors and the group function is designed to let users exercise together.

The UK retail prices have not yet been unveiled by Apple.

The new phone will be available for pre-order from this Friday, September 17.

The full range will hit the shelves and be available to buy online from Friday, September 24.

The Apple Watch series 7 will provide almost 50% more room for text on screen, and a full touch keyboard has been added.

Apple says it is the most durable watch built yet - and it has made the water-resistant screen even more difficult to crack.

It includes new features like options for recording and measuring bike rides.

The company also released updates to its iPad range in today's launch, including a new iPad Mini with 5G connectivity.

Tech titan Cook took over as Apple chief from the late Steve Jobs, who died in 2011.

He headed up the Apple California Streaming launch on Tuesday, September 14.

It was a virtual event once again after the pandemic forced 2020's product launches to go online.