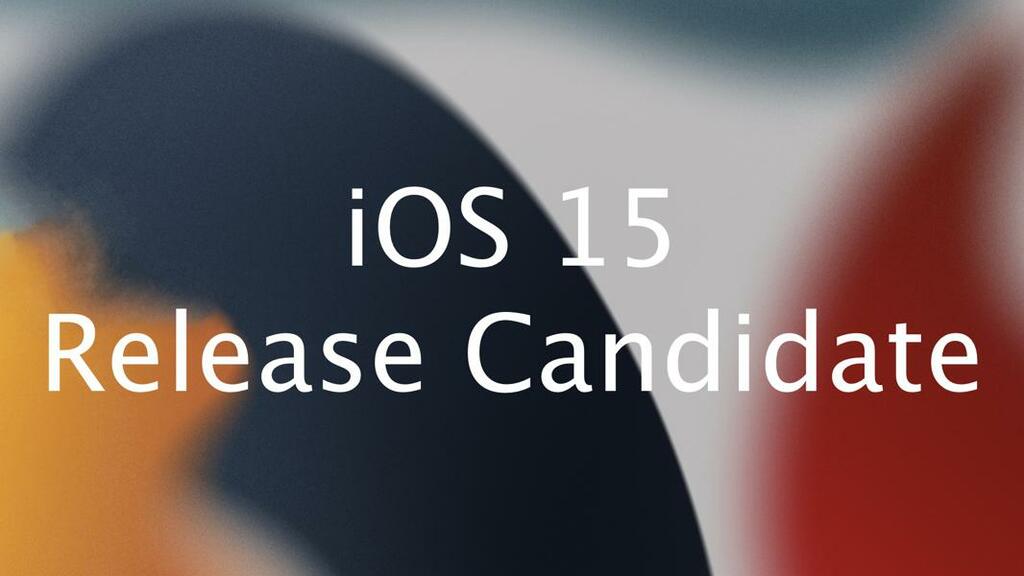 Apple Beta Program participants, your hard work is about to be rewarded. The final release candidate, the version that'll be released to the public, is available for download right now ahead of the Monday, September 20 release.

Just keep in mind that this is a big download. Clocking in at three-four hours of download time, you’ll want to make sure you have plenty of battery life.

What you see is what you get. As I mentioned with iOS 15 Public Beta 8, Apple isn't introducing anything new at this point. Missing features, like SharePlay, will be found in future versions of iOS 15. That said, take a look at five awesome features that you can get excited about.

The official developer release notes show a surprising amount of bugs that persisted into the final build. Using Matter devices in the Home app seems to be particularly troublesome. In fact, this is the same list we saw for iOS 15 Public Beta 8. Looks like iOS 15.1 is going to have some bug fixes to contend with.

Feel free to report more bugs as you find them, but they won't be fixed by next week (unless they're truly iOS-breaking). Most likely, any minor bugs you report in the Feedback app will be tackled for iOS 15.1.

With the announcement of iPhone 13 and new iPads, it's no wonder that Apple is releasing iOS 15 next week. This'll be the operating system that we see on our new devices when they land in our hands at the end of the month.

Speaking of, how will those new iPhones play with the upcoming iOS 15.1 Public Beta starting next week or the week after? If Apple sticks to the same development cycle as last year, they'll have profiles available for download as soon as the new iPhones are shipped, letting you enroll your new device, then restore it from your current Beta-enrolled iPhone 12.

What will iOS 15.1 bring? SharePlay is a good guess, given how much it was still being mentioned during today's Apple keynote even though it's MIA. Additionally, Private Relay will hopefully come out of beta as well.

In the meantime, download the release candidate and enjoy your week off of testing! I'll be back next week with the start of the iOS 15.1 Public Beta.

How to Get the iOS 15 Public Beta Release Candidate

If you're new to Apple betas, click here to check out my Apple Beta Program guide for everything you need to get started.

Once you've enrolled your device, you'll see the new profile in the Settings app of your device. There, you'll have to make your first big decision as a public beta tester. While iOS 14 introduced the ability to install a stable public build or the current beta build, they have to be from the same base. Meaning that, in order to participate in the iOS 15 beta, you'll need to delete the iOS 14 beta profile from your phone.

This is beta software. Things will go wrong. Features won't work. Apps won't work. Things might just break without reason. If you install this on your main device, be ready with a reliable backup in case things fall apart during testing.