The American sprinter was banned last summer for testing positive for marijuana and subsequently missed out on the Tokyo Olympics.

It was a crushing decision for the American, who was a strong medal contender in the women’s 100m.

But the vocal 21-year-old took to social media last week to compare her situation to that of Kamila Valieva after the 15-year-old Russian skater testing positive for angina drug trimetazidine ahead of the Winter Olympics.

Despite her failed drugs test in December, which only surfaced last week, the Court of Arbitration for Sport (Cas) has permitted the teenager to continue competing in Beijing.

A decision Richardson was outraged by, leading to her criticism on Twitter: “Can we get a solid answer on the difference of her situation and mine? The only difference I see is I’m a black young lady. It’s all in the skin.”

But IOC spokesman Mark Adams has dismissed Richardson’s accusations, maintaining there are no similarities between the cases.

“You can’t talk about double standards in relation to Russian and American athletes, each case is individual,” he added.

“Richardson’s positive doping test was discovered on 19 June, and the result was received before the start of the Olympics. She was suspended for a month. There is nothing in common between these two cases.

“This Games, which has not concluded, concerns an issue in December. She is in the centre of a lot of speculation. It must be very tough for her.

“We of course are in touch with the team, her welfare is the team’s first priority, and obviously we are very careful of that but there’s only so much that we can do.” 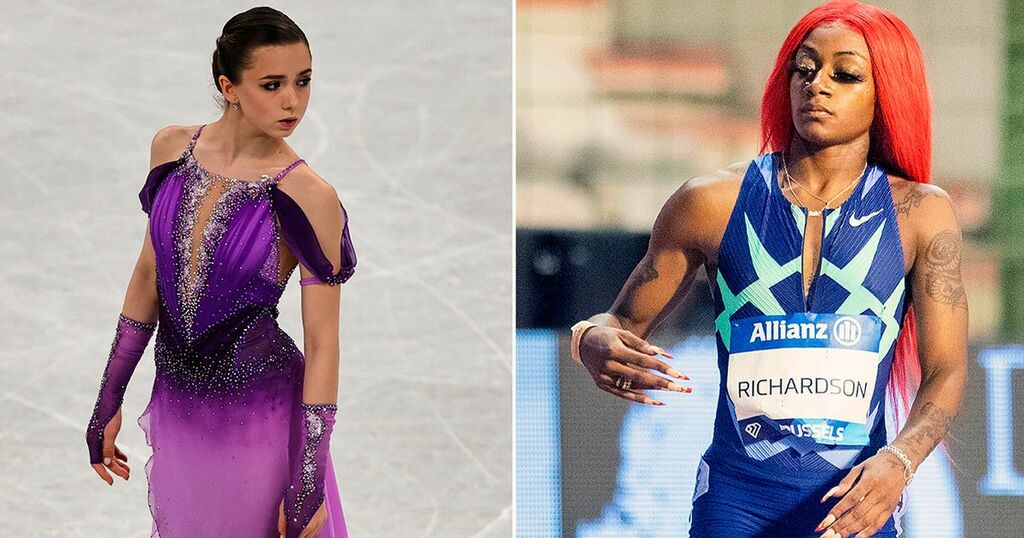 The Guardian - UK
One subscription that gives you access to news from hundreds of sites
Kamila Valieva’s Olympic Results Will Carry Asterisk Until Doping Case Is Resolved, IOC Says