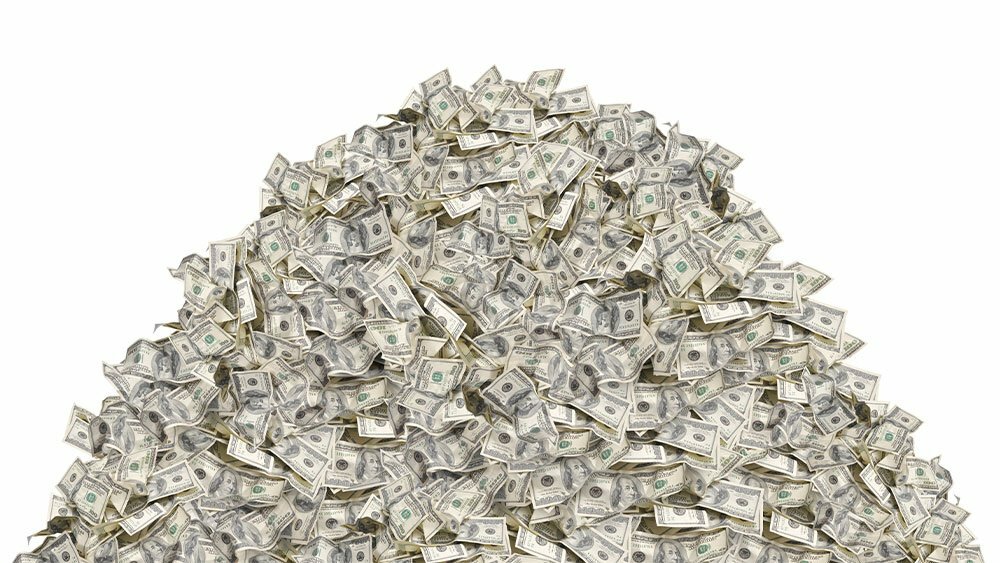 Warren Buffett may have panic sold some stocks — but he's still on top of the S&P 500 in at least one way: Sheer profitability. And he's part of the elite pinnacle of profitability investors are paying up for.

Big profits matter to S&P 500 investors now. Massive profitability is the ultimate security blanket as fears of a slowing economy, and rising Covid-19 infections, heat up. Shares of the five most profitable S&P 500 companies are up an average 30% this year. That's nearly twice the S&P 500's 18.8% year-to-date gain.

Who's on top in terms of profit? Buffett's Berkshire Hathaway. The company pulled down $105.8 billion in net income excluding extraordinary items in the past 12 months. That's an astounding $12.2 million of profit every hour, $294 million a day and $8.8 billion a month. That's even 20% more than the $241 million a day in profit Apple, the No. 2 most-profitable firm, churns out.

Solid profits give investors courage to shrug off a flurry of worries that continue to plague the S&P 500. Worries about growing Covid-19 infections, inflation and tax changes prompted stocks to suffer a five-day slide last week.

Profit continues to be the S&P 500's saving grace. Analysts are already expecting S&P 500 companies to post 27.9% higher profit in the third quarter, says John Butters, earnings strategist at FactSet. And if that's right, it would mark the index's third-highest quarterly earnings growth since the third-quarter of 2010.

Analysts are scrambling to up their forecasts, too. Consensus estimates for third-quarter profit is up 3.7% just since June 30, Butters says. But clearly, a handful of companies are the driving forcing behind the S&P 500's sheer profit.

Where's the bulk of S&P 500 coming from? Big S&P 500 tech companies might grow faster, but Berkshire Hathaway is churning out profit like none other.

Berkshire Hathaway didn't just crank out more profit in the past 12 months than any S&P 500 company, it's still revved up. Analysts think it will earn an adjusted $11.83 a share on its class B shares in fiscal 2021, up 29% from the same year-ago period. Shares of Berkshire Hathaway are up more than 20% this year so far.

It's also important to point out, though, that analysts calculate Berkshire Hathaway's results multiple ways due to the complexity of its business.

How Apple And Alphabet's Profits Compare

Alphabet is behind but still a veritable money machine, too. But it still turn in a profit of $62.9 billion in the past 12 months. That's $5.2 billion a month, $174 million a day or $7.3 million an hour. Investors appear to like what they see, pushing Alphabet's stock up more than 60% this year.

And when you own an S&P 500 stock making that much profit a day, you can afford to hold on if the market has a bad week. That's what investors, it seems, are betting on.