Qatar Airways is returning to Canberra, bringing back the first international flights to and from the airport since it and Singapore Airlines left at the start of the pandemic.

It means passengers will be able to board in Canberra and fly to Doha, one of the big hubs between European cities and Australia, without transferring from the domestic terminal to the international terminal and re-checking in in Sydney. Luggage will go straight through to the final destination.

On the return journey, passengers will go through customs and immigration in Canberra.

The service is due to start in October, just before the soccer World Cup in Qatar in November and December.

The Canberra flights will go through Melbourne (Qatar previously flew via Sydney) but the stop-over would be short, with a quick disembark and re-embark in the same seats.

Flights from Doha (via Melbourne) will land in Canberra just before 1am. Canberra doesn't have a curfew on flights as, for example, Sydney does (between 11pm and 6am) and this is thought to have been a strong draw for the airline to Canberra.

The airport is also negotiating with Singapore Airlines about returning its services. "We hope to see Singapore Airlines back in Canberra in the next six to 12 months, and we are looking to establish services to New Zealand and the South Pacific," the airport's head of aviation, Michael Thomson, said.

Apart from convenience for Canberrans, the return of Qatar Airways is a relief for the airport owners because it puts Canberra back on the international flight map.

"This is a great first step and I think it's going to put the pressure on everyone else to start ramping up their international flights to Canberra."

The airport is still "pushing very hard" for Singapore Airlines to resume flights, he said.

"We'd love to see Singapore Airlines back here before Christmas, the reality is it might be something like March next year."

Further international flight paths to Fiji and New Zealand are also on the cards, with Mr Byron eager to see Qantas pick up those routes, though discussions are taking place with numerous airlines.

ACT Chief Minister Andrew Barr said: "It's great news for Canberrans wanting to travel overseas, particularly to Europe, the United Kingdom and the Middle East and it's a huge boost to our local tourism industry."

"Since the beginning of the pandemic, the ACT government has remained engaged in discussions with domestic and international airlines to recommence flights or to enter our market as soon as possible."

The day before, it was announced air travellers will be able to fly directly from Canberra to Coffs Harbour on the NSW Mid North Coast for the first time.

Link Airways will operate a twice-weekly service from September.

Domestic capacity at the airport has almost reached 85 per cent, Mr Byron said.

The airline's manager of network strategy, Jeff Boyd, said he expected strong demand for the flights, which would provide business and leisure links between Canberra and the "much-loved destination of Coffs Harbour".

The airline will operate flights on Thursday and Sunday from Canberra Airport, and one-way tickets will start at $189 when the service begins on September 22. 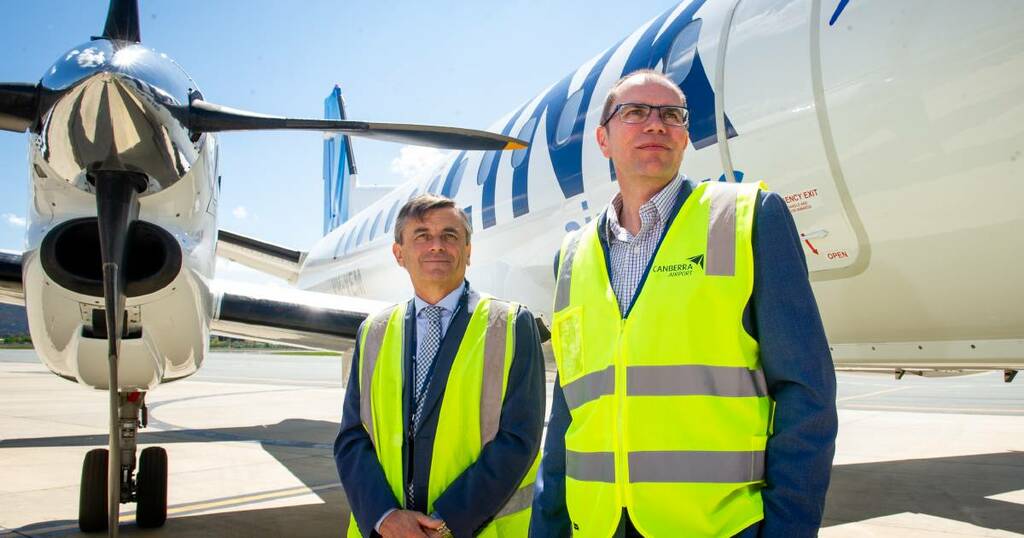 New direct flights to link Canberra and NSW Mid North Coast
Travellers will be able to fly to Coffs Harbour on a one-way ticket for $189 from September 22.

The Irish low-cost airline had pulled out of the airport last year, citing concerns over air passenger duty.

With all states on school holidays from tomorrow, people travelling to see relatives or escaping to warmer climes can expect…

ABC News
One subscription that gives you access to news from hundreds of sites
Europe is facing a summer of airport chaos. Here's how to avoid stress on your upcoming holiday

Check-in terminals, security checkpoints and baggage claims are heaving as airlines attempt to iron out the kinks in their return…