Instant analysis from Patriots’ tight loss to Dolphins in Week 1

Bill Belichick made the right decision.

Mac Jones is everything the New England Patriots could’ve hoped for in a rookie, and more. Big play after big play — the No. 15 overall pick came through despite losing 17-16 to the Miami Dolphins.

Fumbles and penalties were the Patriots’ downfall, but none of it takes away from Jones’ ceiling moving forward.

As mentioned, the early fumble by Rhamondre Stevenson and the gut-wrenching fumble by Damien Harris late in the game were the catalysts in the loss. Jones converted two third-down conversions on the final drive and brought the Patriots’ to Miami’s nine-yard line with three minutes remaining in the game — while down by one point.

Jones took some of the blame and didn’t out Harris for the play.

Mac Jones on Damien Harris’ fumble: “Damien is obviously disappointed but it’s not all on Damien. I could’ve done things better so we weren’t in that position.”

And, he’s right. It’s not entirely on Jones, but there was blame to spread throughout as the Patriots look to gain familiarity with each other — a lack of cohesion that led to the high number of penalties. But, there was too much good in the game to harp on the negatives.

Harris had 23 carries for 100 yards and he looked extremely explosive, beginning with his opening carry for 35 yards.

Damien Harris goes for 35 yards on the first play of the game! @DHx34 #ForeverNE

Matt Judon, Josh Uche, Jalen Mills, Dont’a Hightower, Kyle Dugger and Ja’Whaun Bentley are some of the defensive players who really stepped up in the biggest moments, especially with the absence of Stephon Gilmore in the secondary. The Patriots had two sacks, four quarterback hits and seven tackles for loss.

Regarding special teams, the Patriots will be fine going forward. Having undrafted rookie Quinn Nordin during the preseason left the Patriots with some highs and lows due to his inconsistency. Veteran Nick Folk was activated on Sunday and hit all three of his field goals, with a long of 42 yards.

The performance clearly wasn’t perfect and the Patriots still have to mesh and learn to play together — while keeping the turnovers and penalties at a much lower clip. But, overall, the combination of Jones and the Patriots’ defense will be much-better suited heading into Week 2 against the New York Jets. 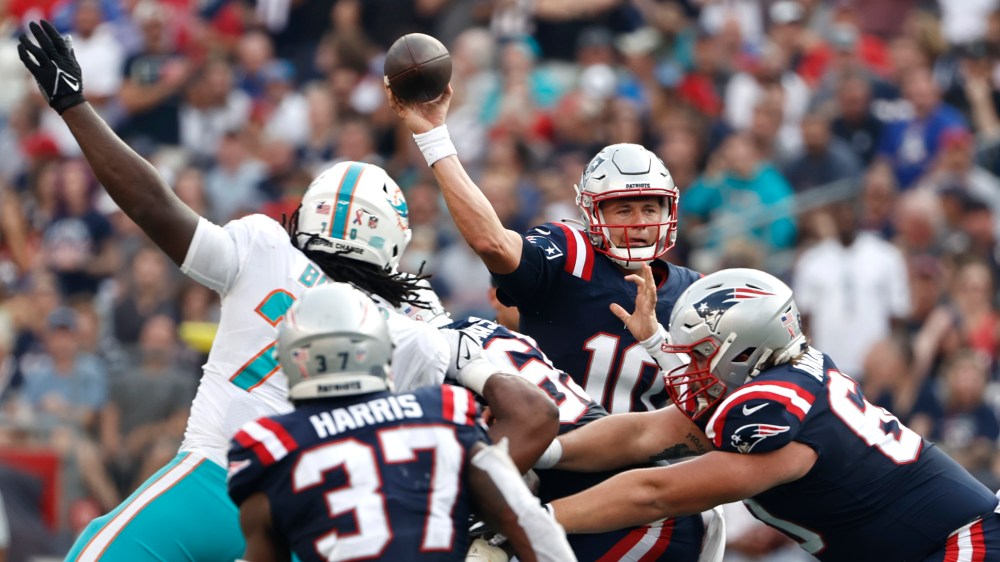