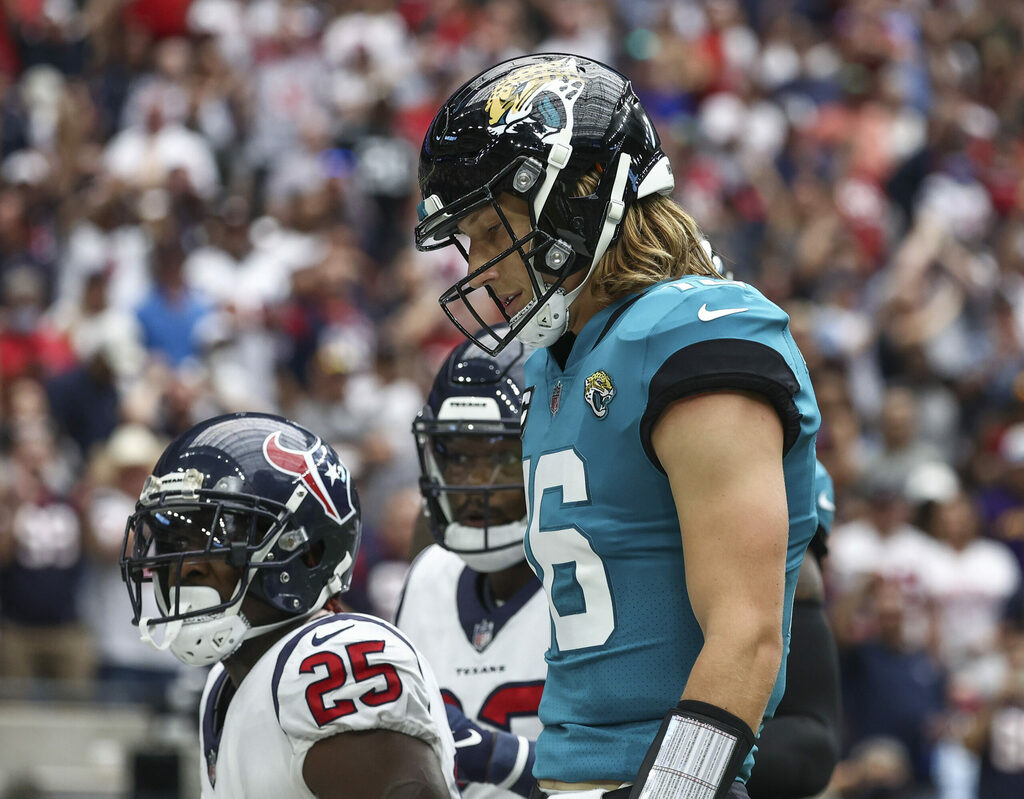 A new coat of paint, the same old Jaguars.

Jacksonville was favored in its season opener against the Houston Texans, but the team floundered and Houston soured the debut of coach Urban Meyer and first-overall pick Trevor Lawrence. On the road, the Jags lost 37-21.

It wasn’t a particularly sharp first start for Lawrence, and the defense doesn’t appear to have improved much from a year ago despite a lot of effort and money being put into shoring up that side of the ball this offseason. The Jaguars were thoroughly dominated in all aspects of the game, and they have a lot to figure out this week ahead of the home opener against the Denver Broncos.

If Jacksonville wants to avoid an early-season tilt, it will have to find a way to play much, much better than it did on Sunday. Here are some general thoughts on the performance and some specific notes.

Lawrence had about as up and down a debut as you could imagine from a rookie passer. His good moments were undeniably good, but mistakes marred the performance, and he finished 28 of 51 for 332 yards, three touchdowns, and three interceptions.

A 27-yard pass to D.J. Chark Jr. set it up, and the drive was capped off with a 22-yard score through the air to Chris Manhertz. But Lawrence couldn’t avoid mistakes forever.

He threw three interceptions in the game, the first coming on an ill-advised pass toward the middle of the field while rolling to his left. The following two interceptions were much worse, as Lawrence didn’t see defenders and threw it right to them.

Lawrence was able to build some confidence in garbage time, throwing a 41-yard touchdown to Chark and a four-yard touchdown to Marvin Jones Jr. with less than 10 seconds remaining, but he has a lot of work to do moving forward.

However, he didn’t have a lot of help, either. There were several dropped passes, and the run support was almost non-existent. Carlos Hyde saw the most carries, and though he and James Robinson had good averages, they only totaled 44 and 25 yards, respectively, as the team ran the ball just 16 times.

The defense is still a problem

Many thought that Jacksonville’s litany of improvements to the defense this offseason would result in a stouter unit this year. Through one game, though, that appears to have been a miscalculation. This group is still struggling tremendously.

They were torched by quarterback Tyrod Taylor, who had 291 yards (132 of which went to Brandin Cooks) and two scores through the air to go with 41 yards on the ground. Though he only ran the ball three times, he was able to extend a lot of plays with his legs as the Jaguars lost containment. K’Lavon Chaisson struggled particularly and missed several sack opportunities as he finished with just two tackles.

The Texans tried much harder to establish the run than the Jaguars did, attempting to run 41 times. Lead back Mark Ingram only had 85 yards on 26 carries, but he did find the end zone.

The run defense is an issue, and Jacksonville only had three tackles for loss (one each for Myles Jack, Josh Allen, and Jenkins). But the secondary seems to be a much bigger concern.

Houston had open receivers all game, Taylor took advantage. He was only sacked once, courtesy of Allen, giving him time to survey the field and exploit weaknesses in the defensive backfield. If Taylor can do that, it’s scary to imagine what the league’s top quarterbacks would do.