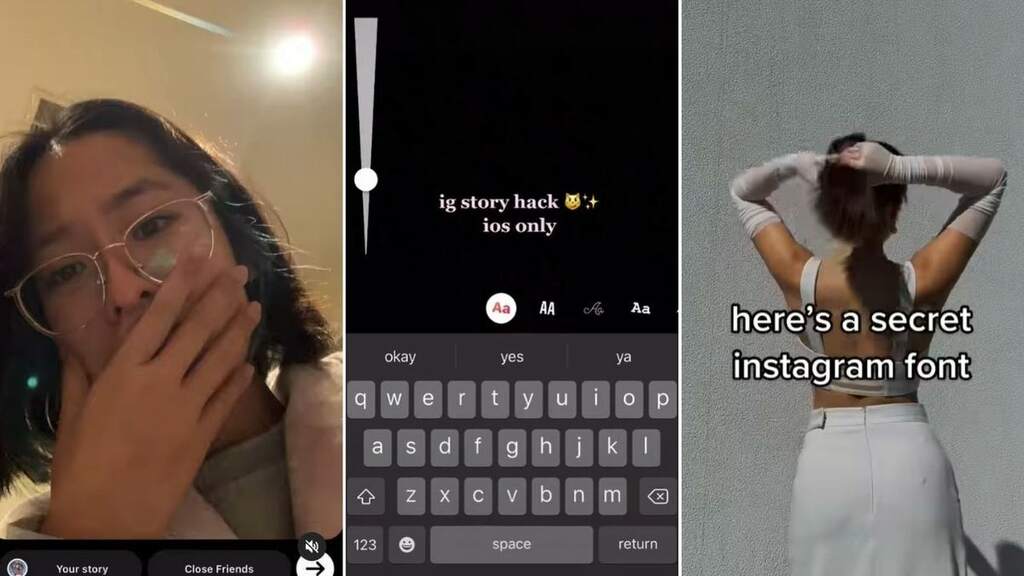 Citizens of the internet, gather around, for there’s a brand new Instagram hack going around, but it’s completely strange and only for iOS users. Another loss for the Android community, I’m weeping.

It feels like every week someone online is finding out a brand new hack that Instagram keeps a secret from us all, from a feature that shows you who’s been stalking the people you tag, to one that removes your likes count from ever returning from the fiery depths whence it came.

This time around, Instagram users have discovered a hidden text to use on Insta stories, but the way to access it is so random and convoluted that you’re more than forgiven for never noticing it before.

To access the top-secret Papyrus text, first off you’ll have to have an iPhone, so sorry to those of us who have an Android. Long have we suffered, and we must continue to feel the anguish on this day.

Alright iPhone users, if you enter Instagram and go to your stories, you’ll want to go ahead and select the Comic Sans font. For some reason, this hack only works with this font (but I have a theory as to why that is later on).

Next, you’ve gotta write out the word ‘papyrus’ and your text will automatically change to that font. Yep, this is the only way to access the secret font, and I’m truly baffled by it all.

I personally love that Insta has hidden things like this away, because it really makes you wonder what on Earth is waiting to be discovered in that ghastly app.

Here are a couple of vids showing you how to do it.

Judging by the fact that you need to use comic sans to write the word ‘papyrus’, I’m assuming it’s a little easter egg reference to the viral 2015 video game Undertale, which features the two main characters Sans and Papyrus.

The characters became so beloved by gamers that a costume for Sans was added to Super Smash Bros. Ultimate, purchasable as downloadable content.

Here’s to the nerds at Instagram HQ who decided to throw that one in for those of us in the know. Respect, kings. Now let me do it on my Android.

The post Insta Users Have Found A Hack To Get The #1 Font Of Year 7 History Assignments Everywhere appeared first on Pedestrian TV.