Inspirational Bury teen, 18, who dedicated his life to fundraising for cancer charity dies from brain tumour 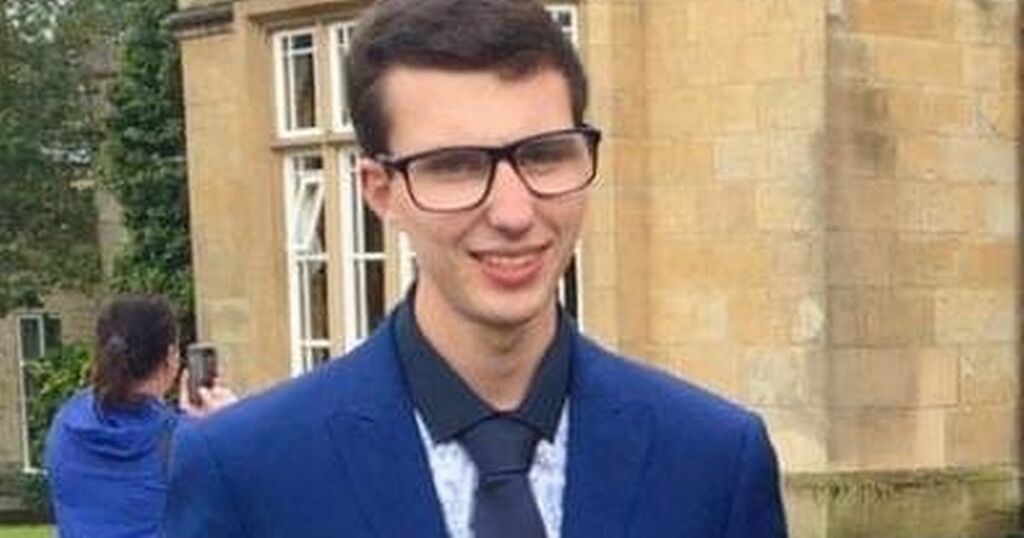 An 18-year-old fundraiser and tireless campaigner for Brain Tumour Research has died from an aggressive brain tumour.

Matthew, a former student at Bury College, was first diagnosed with an ependymoma brain tumour at the age of three.

The tumour was successfully operated on and, after a gruelling 30 sessions of radiotherapy, he made a good recovery and enjoyed several years of stable MRI scans.

However, in June 2020, Matthew was diagnosed with a new tumour in the cerebellum part of his brain.

He had vital surgery to remove the tumour at Salford Royal Hospital - eight years exactly since the tragic death of his mum, who died from breast cancer when Matthew and Alex were both nine.

Despite recovering well from the surgery, Matthew was told his prognosis was ‘poor’ and, with part of his tumour remaining on his brainstem, he underwent radiotherapy and chemotherapy in September last year.

Matthew had plans to go to the university of Keele but being confined to a wheelchair, he changed his plans and opted for a remote Open University (OU) degree.

But in recent weeks, Matthew’s disease progressed and doctors discovered new tumours in his spine.

On Tuesday (September 7), Matthew's dad took to social media to say that his son's condition had deteriorated and an MRI scan had found 'an extensive spread of disease'.

He was told he only had weeks, or possibly days, to live.

Yesterday, Gary posted on Facebook: “Sadly at 1733 tonight Matthew Pullan my eldest son was taken by the indiscriminate disease that is cancer.

“He joins his Mum who’s birthday would have been tomorrow. He behaved with dignity and personality throughout and we will always be proud of him.”

Adding to the tributes, Matthew’s granddad Alan wrote: “My wonderful grandson Matthew finally lost his battle with cancer earlier this evening. He is now with his mum. May you rest in peace.”

“Matthew, you lit up this world with your beautiful smile, your fierce determination and your unparalleled kindness and selflessness.

“You have certainly made your mark on this world and I promise that you will never be forgotten. You will always be with us.”

More children and adults under the age of 40 die from brain tumours than any other cancer.

Matthew and his family have been avid fundraisers of Brain Tumour Research.

Twin Alex Pullan, a former pupil of Holy Cross College in Bury, completed a 5k a day running challenge where he raised nearly £16,000.

In March, Matthew and five members of his family including his dad and step-mum, who both work as paramedics for North West Ambulance Service, appeared in marketing posters for the charity’s Wear A Hat Day campaign.

Hugh Adams, head of stakeholder relations at Brain Tumour Research said: “Our heartfelt condolences go to Matthew’s family and all those who knew and loved him.

“We are deeply saddened by the loss of such an inspirational young man with an incredible spirit, that will live on. He achieved so much in his young life but he should have had the opportunity to go on and achieve more.”

“He was extremely focused in everything he did; blogging about his cancer journey, engaging with politicians and helping to build a social media community for other people affected by this hideous disease.

“He wanted to die at home and we were relieved to be able to fulfil his dying wish. He passed away in my arms with Alex and Mark by his side, with support from a Teenage and Young Adult Cancer Nurse from The Christie.

“We are so proud of all Matthew achieved and vow to continue supporting Brain Tumour Research in his honour.

“Matthew’s motto was: ‘life is terminal – it is our job to live it'. I, for one, will try my very best to embody this amazing positivity, in memory of my beloved son.”

You can make a donation to Brain Tumour Research in memory of Matthew here.