(Bloomberg Businessweek) -- WeWork first learned there might be something wrong with its phone booths early this summer, when UBS Group AG complained about the smell. The investment bank was the biggest customer of WeWork’s corporate interior design business, which outfitted UBS’s workspace last year with trendy furniture, curtains of plants and juice bars. The phone booths, which offered privacy in the open-plan design, were a centerpiece, because they were wholly designed by WeWork in-house.

To manufacture the tall, sound-insulated booths, which sport rectangular windows and folding doors, WeWork chose Premier XD, a now-shuttered commercial fixture company that built kiosks for the likes of Starbucks, according to three people familiar with the matter and a document reviewed by Bloomberg Businessweek that includes detailed sketches of the manufacturing plan. After UBS employees at the offices of its wealth management unit in Weehawken, N.J., noted the unusual smell, the bank hired a company to test the Premier-made booths. The results showed elevated levels of formaldehyde, and UBS had the booths replaced, say two people familiar with the matter who asked not to be identified because they weren’t authorized to discuss the details publicly.

Formaldehyde is often used in building materials, but in too-high concentrations in the short term, exposure can irritate people’s respiratory systems. Long term, contact has been linked to cancer. By August, after UBS had relayed the formaldehyde results, WeWork was in discussions with vendors about finding a new provider of the booths.

Meanwhile, thousands of the flawed booths remained in operation at WeWork locations across the U.S. and Canada. The issue became public on Oct. 14, when WeWork emailed members and told them the company was pulling 2,300 of the padded boxes because of possible formaldehyde risks. Customers came in to work and found the booths slapped with paper signs that said, “CAUTION: DO NOT USE.”

WeWork recently began replacing some of the tainted phone booths. It’s swapping in units of the same design made by a different manufacturer, says a person familiar with the matter. Some offices are still missing booths or have ones that remain off-limits, bearing signs that read: “We are in the process of conducting additional testing on a sampling of these phone booths.” A spokeswoman for WeWork wrote in an email: “We regret the impact this issue has had on members at some of our locations, and we are working to remedy this situation as quickly as possible.” UBS declined to comment.

If not for the serious health risks, this might seem like just another absurd turn for the hapless office-space company, which in recent months has pushed out the chief executive officer, abandoned its initial public offering and required a $9.5 billion bailout from its chief backer, SoftBank Group Corp. The WeWork-designed phone booths were a reflection of the company’s ambitions to do more than co-working. Adam Neumann, the co-founder and former CEO, set a corporate mission to elevate the world’s consciousness, which involved running apartment buildings, an elementary school and live events. WeWork’s new management is retreating from these goals as it looks to sell or abandon projects unrelated to office space.

Before they were found to confine customers in a small box of carcinogenic fumes, WeWork’s phone booths were a source of pride. They gave workers a space to take private calls on their cell phones without annoying their neighbors. “It’s our own product,” Liz Burow, WeWork’s director of workplace strategy, told Fast Company last year. “We said, ‘We spend all this money on it, it’s so popular, we should just build it for ourselves.’” (Some other details of WeWork’s phone booth mishap were reported earlier by Business Insider.)

An ex-WeWork employee says Neumann frequently pushed hard to cut costs associated with office furnishing, a major expense. Laurie Hays, a spokeswoman for Neumann, called the suggestion that Neumann is to blame for cost-cutting “absurd” and added: “Everybody says Adam spent too much money.” In WeWork’s IPO prospectus, the company touted that it had cut the cost to install a new desk by 50% in the last five years. To keep costs down, Premier XD frequently outsourced manufacturing to China when it had enough lead time to do so, and that was the case for some of WeWork’s products, say two former employees of Premier XD.

On Sept. 11, Premier XD shut down unexpectedly. The company gave no notice to workers, many of whom were based near Seattle, in upstate New York and near Richmond, Virginia, former workers say. At least one is suing Premier XD for failure to give enough notice of termination as required by law. Former workers said they had to fight to get back into shuttered buildings to retrieve their personal belongings.

At that time, WeWork still hadn’t warned its customers about the phone booths, and people continued using them. When the email finally came more than a month after the manufacturer closed its doors, many customers were at first surprised, and then angry. A WeWork member at a Minneapolis location that opened in July said they used the phone booths three or four times a week. He largely disregarded the odor, which he described as “a chemical smell, like when you get something new in the mail.” —With Lananh Nguyen

To contact the author of this story: Ellen Huet in San Francisco at ehuet4@bloomberg.net

To contact the editor responsible for this story: Mark Milian at mmilian@bloomberg.net, Jeff Muskus 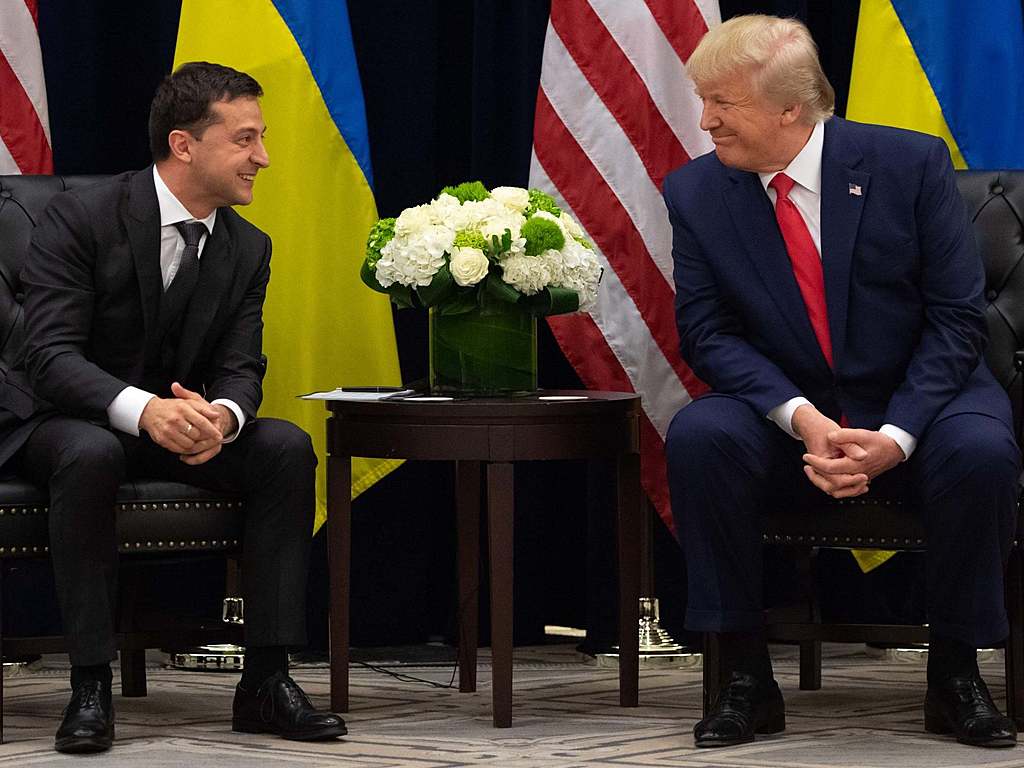 The inside story of the phone call that could see Trump impeached
As the impeachment inquiry enters its public phase, what exactly led us to this point?

The Independent UK
One subscription that gives you access to news from hundreds of sites
Lee Schafer: Big valuations for Bite Squad, WeWork were never realistic
MINNEAPOLIS _ Maybe it's hard to imagine what could have changed so much that what made financial sense not even…

NEW YORK (Reuters) - The We Company, owner of WeWork, said on Wednesday net losses in the third quarter more…

Businessweek
One subscription that gives you access to news from hundreds of sites
Robert B. Reich: Billionaires fear loss of their anti-capitalist advantages
Billionaires are wailing that Elizabeth Warren and Bernie Sanders's wealth tax proposals are attacks on free-market capitalism. Warren "vilifies successful…