Inside Vogue magazine's feud with a small Cornish pub

A 200-year-old Cornish pub has found itself in a feud with international fashion magazine Vogue over the pub's name. The magazine wrote to the landlord of The Star Inn at Vogue threatening to sue them if they did not change the name of the pub.

Condé Nast, the owners of Vogue, sent the cease and desist letter to the pub to stop it from using the name. The landlord's response to the litigious magazine was somewhat less than impressed.

When publicans Mark and Rachel Graham told CornwallLive that when they received the letter, Mark initially thought that the letter was a joke. It turned out that the letter was in fact deadly serious, and that Vogue magazine appeared to be genuinely concerned its readers would not be able to tell the difference between their high fashion publication and a 200-year-old pub in Cornwall.

Vogue is a hamlet which blends into St Day near to Redruth. While the pub is 200 years old, the village it's named after is older still.

“When I opened the letter I thought some bugger in the village was having me on,” Mark, the 60-year-old Truro-born publican said.

“Surely these people can’t be serious. In this modern day and age someone couldn’t be bothered to go onto Google and see that Vogue is a Cornish hamlet that’s been here for hundreds of years. It seems common sense has taken a backseat on this one.”

Condé Nast's chief operating officer Sabine Vandenbroucke's concern over the small village appeared to be genuine. In her letter she expressed concern that Vogue the hamlet and Vogue the magazine could become somehow mixed up in people’s minds and lead to global trade being diverted from Milan, Paris, London and New York to St Day.

Ms Vandenbroucke, wrote: “Our company is the proprietor of the Vogue mark, not only for its world-famous magazine first published in November 1916 but in respect of other goods and services offered to the public by our company.

“We are concerned that the name which you are using is going to cause problems because as far as the general public is concerned a connection between your business and ours is likely to be inferred.”

Ms Vandenbroucke’s letter, dated March 1, 2022, also asked Mark and Rachel to provide more information about what type of business the Star Inn Vogue pub is about and any imagery it uses to make sure it obviously can’t be confused with the magazine. At the end it adds threateningly: “Please reply within seven days or we will take remedial action.”

Mark, who thought some of his punters were having a laugh at his expense, did reply with a long missive, complete with a selection of photos of the pub and street names found in the area, bearing the name Vogue. He thinks Vogue’s confused state may have arisen when he and his wife decided to change their trading status from a partnership to a limited company and the name popped up on Companies House which sent Condé Nast into a panic.

In his letter to the New York publisher’s London offices, the publican said: “Whilst I found your letter interesting on the one hand, I also found it hilariously funny. I presume your magazine bases its name on the dictionary term for being in fashion which is uncapitalised as used in the Oxford English Dictionary.

“If a member of your staff had taken the time to investigate they would have discovered that our company, the Star Inn, is in the small village of Vogue, near St Day, Cornwall. Yes, that’s right, Vogue is the name of our village, which has been in existence for hundreds of years and in fact is a Cornish word, not English.

“I note in your letter that you have only been in existence since 1916 and I presume that at the time when you chose the name Vogue in the capitalised version you didn’t seek permission from the villagers of the real Vogue. I also presume that Madonna did not seek your permission to use the word Vogue (again the capitalised version) for her 1990s song of the same name.

"You are both at liberty to use the uncapitalised version without our permission. As a side note she didn’t seek our permission either.”

Mark concluded saying: “In answer to your question whether we would change our name, it is a categorical NO.” 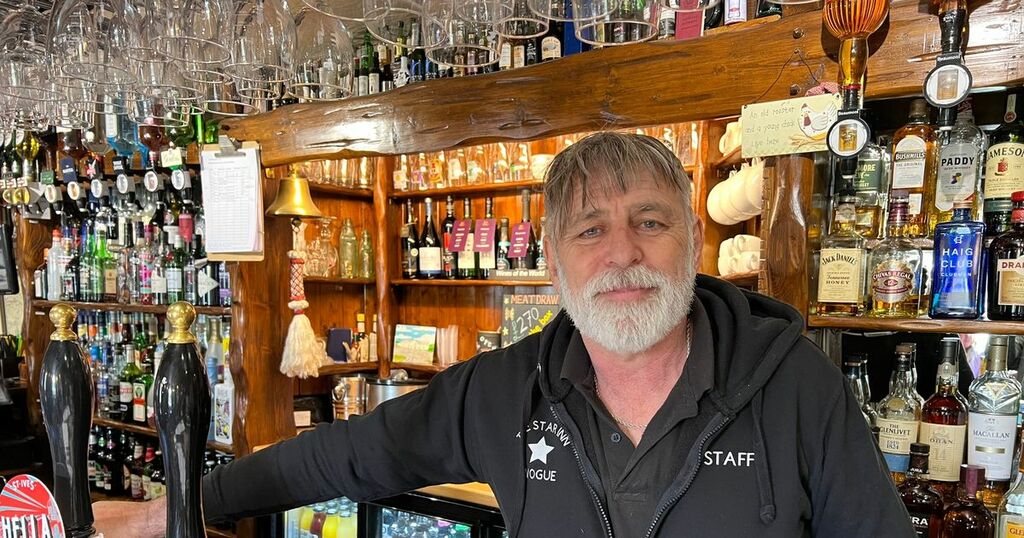