Inside the lives of Gogglebox's Ellie and Izzi: from lavish trips to London to a furry family 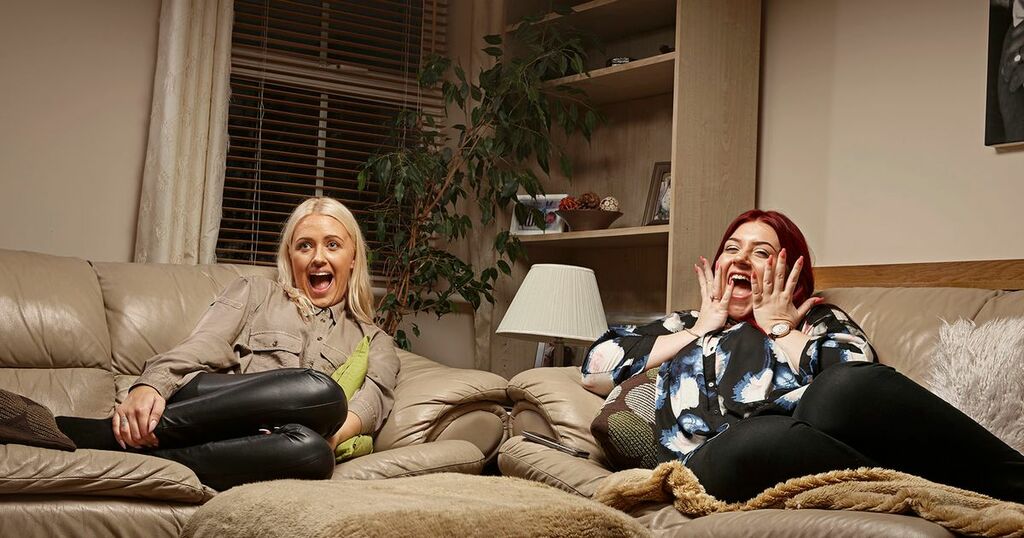 Gogglebox's Ellie and Izzi Warner have been fan favourites ever since they first began appearing on the Channel 4 show, leaving viewers clamouring to know more about them.

Ellie, 28-years-old and Izzi, 25 years-old, are loved for their witty remarks on the smash hit show and are constantly making viewers giggle.

But the two have lots going on outside of the programme.

Older sister Ellie is well known on the show for her funky hair colours so it's no surprise that outside of the programme, she is actually a hair dresser.

The star is based at HIVE hair salon, based in White Cloth Hall, Leeds.

The salon specialises in colour and uses eco-friendly products and Ellie's skills are pretty immpressive.

Ellie has a profile on the salon's website, which reads: "I started my hairdressing career in 2009 at Sassoons in Leeds where I specialised in haircutting.

"I’d always had a fascination in colouring hair too so when I decided to spread my wings last year, I knew it was time to pick up the tint brush!

"I’m always learning and keeping up to date on the latest products and techniques so I can give my clients their hair goals!

"As a hairdresser I believe you should never stop learning and trying to better yourself so when the opportunity to join Hive arrived I grabbed it with both hands and I’m super excited for what the future holds."

It's not only Ellie who is impressing with her career goals.

Passing her exams to qualify as a mortgage advisor, the former nail tech celebrated her success in her new role.

Izzi leads a pretty busy life as she is also the mum of two cute kids, Bobby, 6-years-old and Bessie Rose, born in February 2020, sharing them with partner Grant.

She doesn't share too many snaps of her kids and during lockdown she took a break from the show, meaning Ellie's boyfriend Nat stepped in.

Izzi doesn't share too much about her own boyfriend either although she did recently share snaps of a lavish birthday celebration for her partner Grant.

Speaking to The Sun Online on the red carpet at the National Television Awards in 2018, Ellie and her sister Izzi said: "We've both got boyfriends. They're in hiding, they let us have the limelight."

Izzi and Grant seem to have been together for a long time and live in their own flat, meaning Izzi returns to her family home, where Ellie currently lives, to film Gogglebox.

For Grant's birthday celebrations, Izzi showed her followers cute photos of the pair at the Shangri-La The Shard.

It's a lush way to celebrate and pass the time as the five-star luxury hotel has rooms that cost a minimum of £500 a night, with some suites costing a whopping £3,000 for a one-night stay.

Sister Ellie also shared that she's bought a house along with boyfriend Nat, that they're attempting to renovate.

She has her personal, her home, her hairdressing and also one for her furry family.

Ellie does still live at the family home with her partner whilst they continue renovating the house.

It seems that Ellie has been with her partner Nat for years and the two are living at the family home whilst they work on the house.