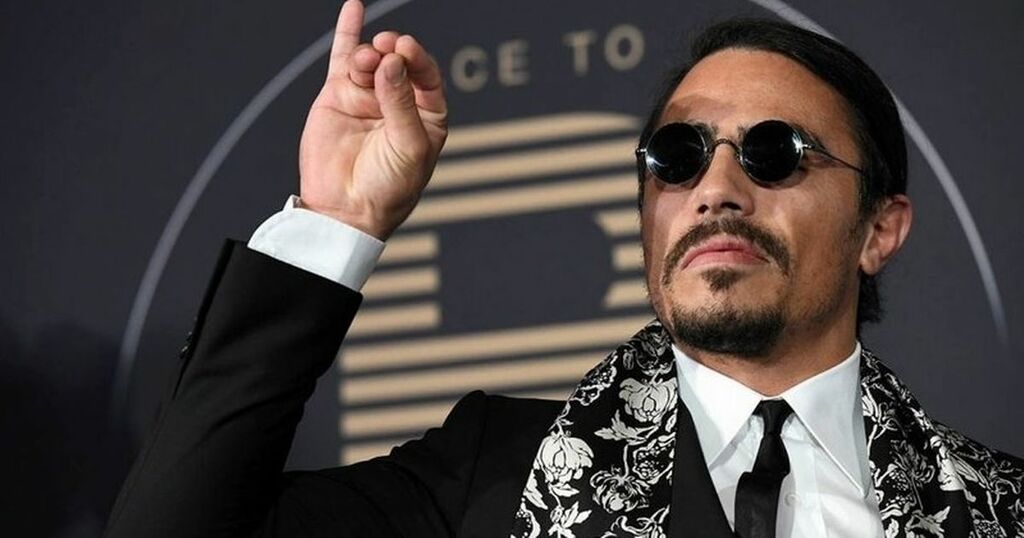 Many will no doubt be familiar with the Salt Bae meme that went viral in 2017, where Turkish chef Nusret Gökçe sprinkles salt in a suave fashion.

The chef, who is now known simply as Salt Bae, has become an internet sensation, and people from all over the world have flocked to his restaurants.

Salt Bae has served celebrities and politicians from all over the world thanks to his famous steakhouses that are located in New York, Dubai, Istanbul and other places around the world.

It's no surprise that with Nusret has racked up an impressive net worth from all his success. But how much is he actually worth – and how did he become so rich?

What is Salt Bae's net worth?

The 38-year-old was born to a Kurdish family in Erzurum, Turkey. He left school at the age of 11 to become a butcher's apprentice and help with his family's finances.

It was during this time he was inspired to become a chef.

Although most people will know him from the 2017 meme, this wasn't where his ambitious career started.

In 2009 Gokce moved to Buenos Aires where he worked at a restaurant, and learned more about the meat industry.

Then, in 2010, at the age of 27, he opened his first Nusr-Et steakhouse in the neighbourhood of Istanbul.

Soon a Turkish businessman ate at the restaurant, and was so impressed that he invested, meaning Gokce was able to open more locations.

In 2017 his fame grew after a video of him preparing food was posted on his restaurant's Instagram and Twitter.

His confident demeanour and the way he sprinkles salt over his food made the video go viral, and the name Salt Bae became well known.

Thanks to internet fame, he was able to open even more locations around the world.

If you've considered dining at one of his restaurants, you might not be so surprised at how much money he's made through the years.

According to Insider, you can expect to hand over around £1,000 for a meal at his new London restaurant.

A steak will reportedly set you back £630 – and that's without your sides, starters and drinks. Not to mention a chunky service charge.