Since Texas passed a law outlawing abortions after six weeks of pregnancy last September, Eve Espey, a professor at the University of New Mexico and founder of its center for reproductive health, has seen plenty of needless suffering. One story, in particular, sticks with her.

The patient had a pregnancy complicated by a lethal fetal condition that was clear on an early ultrasound.

“She knew at 11 weeks that this was not a pregnancy that could survive,” Espey told The Independent. “And because of all those barriers, she came to use at 16 weeks.”

That five-week delay before the patient could access care was critical. She had a condition where her placenta grew the area of a prior Cesarean section scar, and it was clear from an ultrasound, Espey said, that she was at a high risk of bleeding during the abortion procedure.

“We did in the main operating room with blood available and everything, and, to make a long story short, she wound up with a hysterectomy,” Espey said. “It was a highly desired pregnancy which she lost — that was going to happen anyway — but of course we all wondered, if she had been able to get that abortion at 11 weeks instead of 16, would she have had the same outcome?”

The patient wound up in the hospital for days recovering from the procedure, while her young family had to fly back home to Texas.

“This is exactly the kind of case that could have been done at her hospital, covered by insurance, prior to SB8,” Espey said. “Because it was a lethal anomaly.”

It is not just this one patient. Patients traveling out of state for reproductive care often need time to take time off work, arrange childcare or eldercare, and secure funding for transportation and lodging — and the result is that, since the Texas six-week abortion ban passed, clinics in New Mexico are seeing sizable increases in patients seeking abortion care later in their pregnancies.

Those delays can have a severe impact on patients.

That’s just one of the many ways in which the Texas six-week ban has changed the landscape of abortion care in surrounding states.

“We saw an immediate impact,” Espey said. “For a short period of time things leveled off a bit, and it is now just absolutely crazy. We’ve never seen volume in the city like we’ve seen since Texas.”

The clinic’s patient volume has doubled, with a three-and-a-half fold increase in patients seeking second trimester care and five times as many out of state patients. Wait times for abortion care, which were typically between 24 and 48 hours before the Texas ban, have ballooned. The clinic is now booking out three weeks in advance.

Tocce said that Planned Parenthood clinics both in New Mexico and in Colorado have seen significant increases in demand as well — spurring a ripple effect.

“You’ve seen even patients that are local to New Mexico and Colorado now having to travel, because the waiting time is longer,” Tocce said. “I know of patients in Colorado who have traveled to California because they have more access to appointment availability.”

Jennifer Lim, communications manager for the New Mexico Religious Coalition for Reproductive Choice, wrote in an email to The Independent that her organization saw an 80 percent jump in callers from 2020 to 2021 and supported twice as many people from September through December as it did the year before.

In reproductive care clinics, there are other signs that things have changed. Espey said that since Texas passed its law banning abortions at six weeks, she has seen an unusual number of patients coming in for care alone.

“These are patients who need to get a bunch of funds together for all of this stuff — in an environment where they don’t feel comfortable talking to close friends or family members because of fear of being sued under this new law,” Espey said.

Espey said that a number of the patients her clinic has seen in recent months have received financial help from abortion funds, but that it still takes a “certain level of sophistication” to access those funds.

Providers are working to scale up their operations to meet the demand — expanding capacity, adding hours, changing doctor schedules, ramping up telemedicine offerings, and dedicating staff positions to helping patients with the logistics of finding and financing care.

That work will likely be crucial in the coming months. A study from the Texas Policy Evaluation Project at the University of Texas found that between September and December of last year, nearly half of the thousands Texans who sought abortion care out of state traveled to Oklahoma.

But Oklahoma is no longer an option for care. Earlier this week, Gov Kevin Stitt signed a six-week abortion ban modeled on Texas’ into law that went into effect immediately. Both Oklahoma and Louisiana, another state that has received Texans seeking care since last fall, have trigger laws that would ban abortion outright of Roe v Wade is overturned - as was indicated in a leaked Supreme Court draft last week.

The fallout will likely hit New Mexico hard. The Guttmacher Institute has estimated that if Roe v Wade is overturned, the state will experience a 2,398 percent increase in women for whom it is the closest state in which they could legally get an abortion — an increase from 74,000 women of reproductive age to 1.9 million.

New Mexico, Colorado, and Kansas would be surrounded on all sides by states with abortion bans.

That New Mexico is not among states with impending bans is a credit to generations of organizers who have fought for reproductive freedom. But those organizers also know that there are already deep inequities in the state’s reproductive care landscape.

Even though New Mexico is one of the country’s most rural, diverse, and Indigenous states, all three of its surgical abortion care clinics are located in Albuquerque. For people who live outside the state’s urban areas, finding care has long been a challenge.

“I’ve been working alongside Indigenous, Black, Pueblo, reservation women that have been clearly saying that our healthcare also needs to be prioritized in our state,” Adriann Barboa, New Mexico policy director for the non-profit Forward Together, told The Independent. “Women in rural New Mexico are saying, ‘I often can’t get a pap smear appointment.’”

Barboa wants to ensure that if national organizations and out-of-state doctors come into New Mexico to provide care, as Espey and others believe they will given the current climate, they do so with a firm understanding of the state’s history and existing health disparities.

“The influx of new folks coming both to provide services and seek services is going to change our landscape, and I’m very adamant that… we have to look at it both from the big picture and the local picture,” Barboa said. “What does it mean when people have to travel for healthcare?”

The disparities in New Mexico are reflective of broader disparities in healthcare and the looming post-Roe landscape in which people who have time, money, and easy access to urban centers will have significantly better odds of receiving quality care.

For abortion rights organizers like Lim, navigating a post-Roe world means addressing the national disparities in availability of care alongside the disparities that exist within hospitable states by putting “Black and Indigenous leaders at the forefront.”

Providers and activists will have to act in the face of what will likely be an emboldened anti-abortion movement that Espey doesn’t believe will be content to let abortion care continue in Democratic-run states.

“It’s a field day for anti-abortion activists, and that’s only going to get worse,” Espey said. “As other states shut down abortion care, those activists are going to need somewhere to go to continue their work. I think the haven states are very likely to wind up being those places.”

But the road ahead for abortion rights advocates and providers is not entirely uncharted. Lim pointed out that her organization has roots in the pre-Roe fight for abortion access.

“Several of our founding member denominations came from those who publicly supported the Roe v Wade case as it moved through the judicial system to the Supreme Court,” Lim wrote. “We have elder faith leaders and volunteers who were members of the Clergy Consultation Service, a pre-Roe network of clergy who helped people in the 1960’s and 70’s find safe, but at the time, illegal abortion care.”

That experience will be critical. As Lim wrote, people “have never stopped getting abortions and never will.” People will continue to fight back.

“Self-determination is a value,” Barboa said. “Respect for people’s personal decision making is a value of New Mexicans. And I know that people are going to leverage what is happening in other states to criminalize people for making healthcare decisions… [but] I do believe that New Mexico will come through in our true values.” 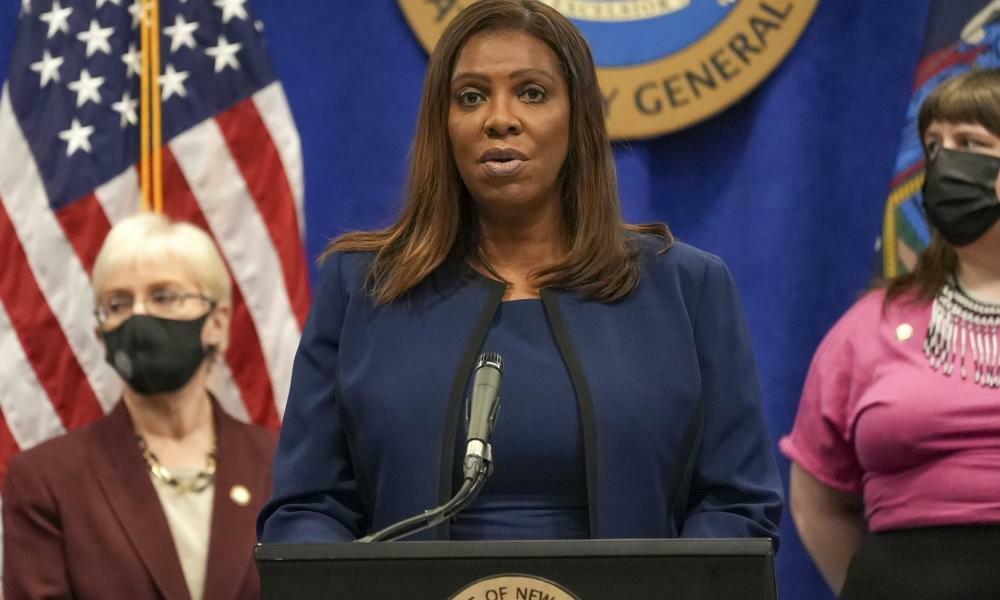 The Guardian - US
One subscription that gives you access to news from hundreds of sites
Blue states want to become abortion safe havens. It will cost them.

Politico
New York to direct $35m to abortion care as state prepares for patients after Roe v Wade ruling: ‘We have to guarantee access’