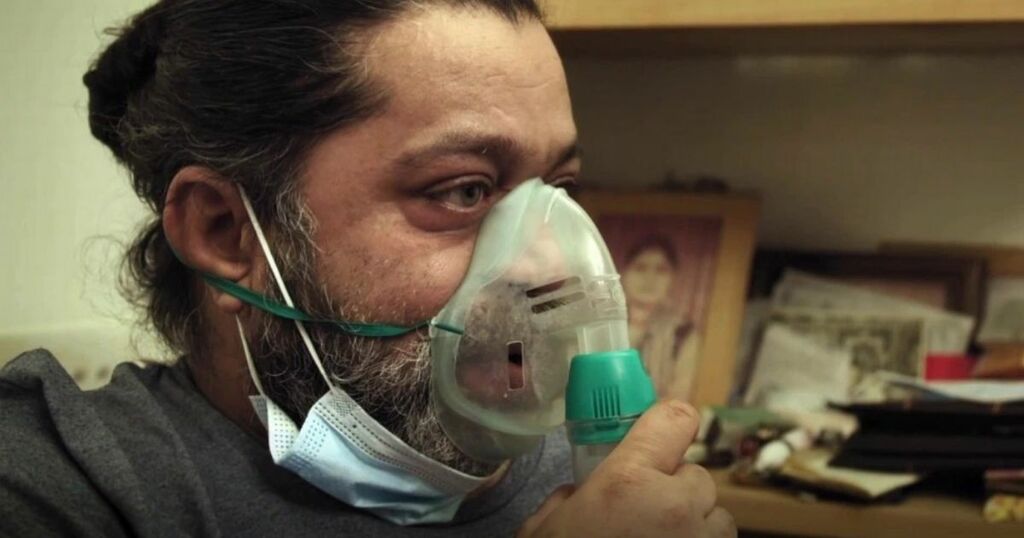 A man said he has been left to 'suffocate' in a mould-infested council home that is 'like living in a slum.'

Shocking images of the inside of Mehdi Sheikh's flat revealed water dripping from the walls, which tests revealed was contaminated with faeces.

The huge level of mould found inside the home was also said to be linked to 'adverse health conditions.'

He says he needs a respirator to be able to breathe after living there for 17 years.

In a new documentary the resident of a flat owned by Lewisham Council said: "It just feels like living in a slum. And I just simply don't know what to do. [I feel] totally helpless.

Do you live in a council house from hell? Email webnews@mirror.co.uk

He said he felt suffocated in the home and added: "My chest is feeling congested. I am on literally on the verge of a nervous breakdown."

Lewisham Homes, Margaret Dodwell CEO, Lewisham Homes said in response: “We realise Mehdi has been put in a very difficult and distressing position, and we apologise to him for the condition of his home.

"Although we did make attempts to resolve the leaks, the service he has received is of an unacceptable standard.

"We are working closely with him to find a new home.

"We have commissioned our own independent testing of the property.”

His story is revealed in a new ITN documentary ‘Surviving Squalor: Britain’s Housing Shame’ which aims to give an in-depth look at the problems of disrepair and poor treatment of tenants in social housing.

The documentary, presented by ITV News Correspondent Daniel Hewitt, revisits many of the people he has filmed with over the course of the last six months.

It features tenants who lived with mould so thick it looks like fire damage, leaks leading to near fatal ceiling collapses, and rodent infestations.

The documentary will also feature new cases of residents struggling with the condition of their homes when it is aired on Sunday as well as interviews with councils and housing associations.

Birmingham City Council owns the most council housing stock of all local authorities in England.

But with 18,000 active social housing applications in the city right, and only a few hundred properties available to rent each month - they say their hands are tied and there is little hope they will be able to address the imbalance of supply and demand any time soon.

Birmingham Councillor Sharon Thompson, who spent three years as Representative for Housing, and attributes the appalling conditions during the investigation to there being "nowhere near" enough housing and a "huge amount" of people in need of a home.

She said: "If we look back to 2018, we were in a situation where we were seeing so many homeless people coming forward that in one calendar month that would have been the equivalent of filling four 20 storey tower blocks per calendar month. We could never build at that speed."