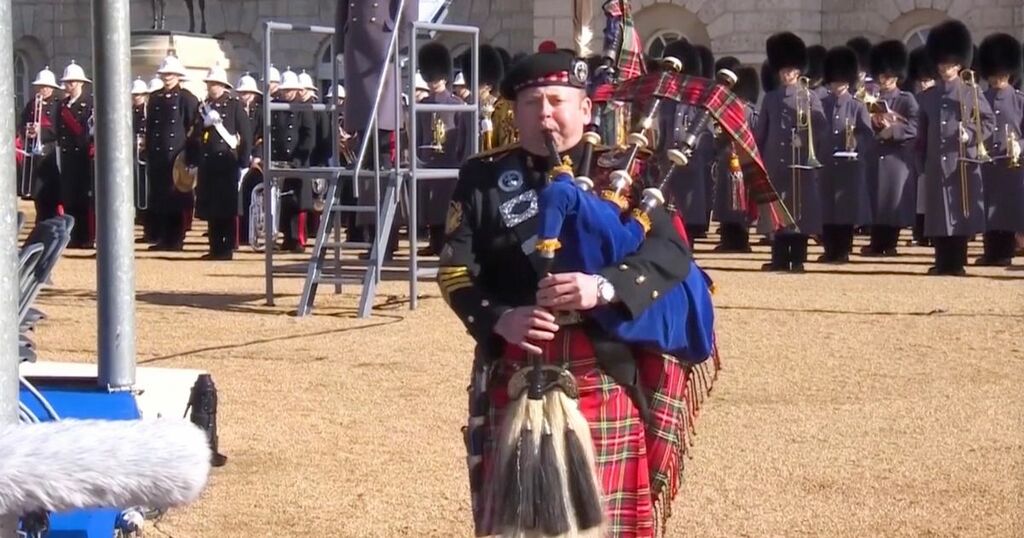 A bagpiper who played for the Queen every morning at breakfast said Her Majesty supported him when his wife was dying of cancer.

Scottish veteran Pipe Major Scott Methven would play a selection of tunes for 15 minutes at nine o'clock sharp below the Queen's window, wherever she was staying.

Scott, who grew up on a council estate, secured the "Piper to the Sovereign" job after "travelling the world" and completing two tours of Afghanistan.

After being "thrust into the inner circle of the monarchy" he stayed with the royals in Balmoral in 2017, when tragedy struck in his personal life.

His wife was diagnosed with Stage 4 terminal cancer, he told the BBC.

Scott was told to leave his children at the castle and rush home to look after his wife.

"They were staying in Balmoral Castle and getting looked while I was away looking after my wife", he told the BBC.

Later, the Queen told Scott and his family to spend time at Windsor where they had the opportunity to share precious memories during his wife's final months.

"I went back to work and we came down and stayed at Windsor Castle," he said.

"Her Majesty gave permission to come and stay there and you know, that’s memories.

"And you know, people genuinely think what you will about the Royal Family or the Queen, they pulled it out the bag for me."

Despite being given just a few weeks to live, his beloved wife survived a year, he said.

Scott recalled Her Majesty visiting his battalion, the 1st Argyll and Sutherland Highlanders, when it was being reduced to company-strength.

Her Majesty sat opposite him and carried out a "informal-formal" interview for the position, he said.

The vet, who grew up on a council estate in a village in front of Stirling Castle, said the idea of living in Buckingham Palace when he was younger would have been unbelievable.

He recalled "good bits on banter" and "one-liners" shared with the Queen and the Royal Family.

Scott said the role consisted of guiding guests on the "do's and dont's" of royal protocol and his daily blast on the pipes while the Queen ate breakfast.

"At nine o clock every morning, you would play the pipes", he said.

"On my first day I was told I would be an Honorary Page of the Presence, which I had no idea, coming from a council house, what that would involve, but it sounded quite serious.

He said being chosen for the position, and playing for celebrities, royal relatives, and international guests, was a "surreal" experience after coming from his humble beginnings.

On one occasion, Scott asked whether the Queen actually liked the drone of the bagpipes.

"And Her Majesty did say to me that she really did enjoy the pipes," he said.