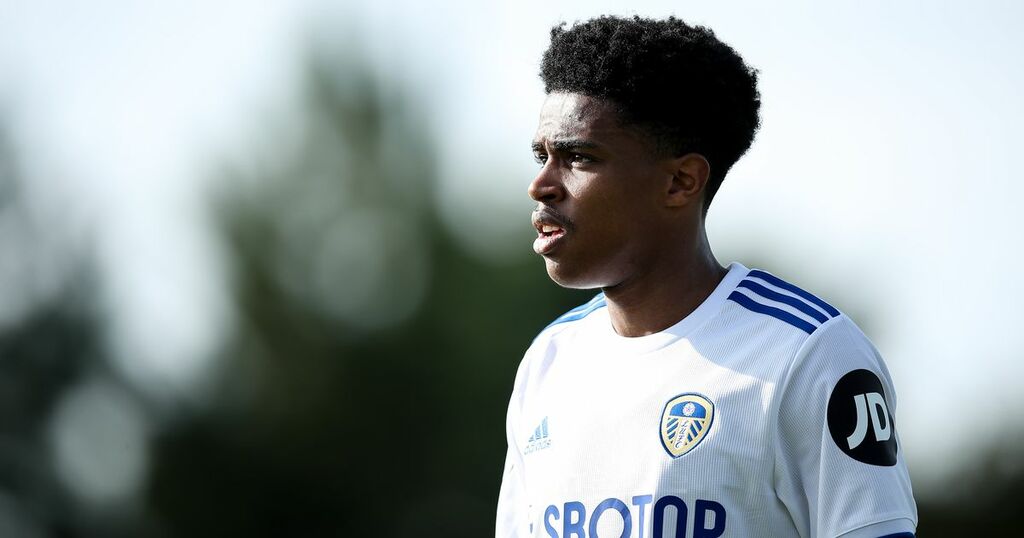 Learning never stopped for Bryce Hosannah across the four years he had at Leeds United and he took the most ruthless lesson in football of all on his way out.

The 22-year-old finally bade farewell to Thorp Arch for good on August 31, one day short of the fourth anniversary of his arrival after Victor Orta swept him up from the clutches of FC Twente.

Then 18, Hosannah was a free agent after Crystal Palace declined to offer him a first professional contract and was on the verge of changing his pathway on the continent.

Orta saved him from the wilderness of the Netherlands and gave him the chance he was desperate for in English football. Hosannah will always be grateful for that chance and education he had in West Yorkshire.

When injuries stayed away, Hosannah established himself as the academy’s premier right-back until last season when took a loan spell to League Two with Bradford City.

As he returned this summer, still rehabilitating from the hamstring surgery which ended his loan spell, Hosannah was reminded just how tough it is to make it at the top level of the game.

Hosannah would not have a future with Leeds United and he was siphoned off to the departure lounge where Niall Huggins, Robbie Gotts, Jordan Stevens and Bobby Kamwa were waiting for him.

As with many of the club’s outgoing players of recent years, that small group were allowed to train together, but away from the main group overseen by Marcelo Bielsa.

Speaking to LeedsLive a week into his new adventure with Wrexham, Hosannah remains philosophical, but admits it proved to be a summer of reflection.

“For me, it was a bit different to the other players because I was still rehabbing from my surgery,” he said.

“The other players, when they came back for pre-season, I’m not sure of the exact conversations, were told they weren’t in the plans and it was best for them to move on.

“They weren’t able to train with that (the main) group, so they had to train separately and the players accepted it.

“Once I was declared fit I was put into that group as well, so we trained separately.

“We’re all good guys and all we tried to do is just do our best to get into the first team, so it was a bit tough, but we understand it’s football and decisions need to be made.

“It was fine and we trained separately, at the training ground, from the group and it was waiting for deals to get sorted."

He added: “It’s just football. It’s just how it works. People take different paths, get to different stages in their career and it’s fine.

“I think I can speak for all the players that have left this summer. We weren’t in the greatest position over the summer, but there’s no hard feelings.

“We understood Leeds made the decision and that was fine because we agreed with the decision it was going to be best for us all to move on.”

Since winning promotion to the Premier League, United’s recruitment drive at under-23 level has been relentless.

It has been a changing of the guard at Thorp Arch and Hosannah could see the writing was on the wall for the older crop at that level on the north side of 20-years-old.

“I look at last year more than this year because last year you had some of the more experienced crop in the 23s (me, Gottsy, Jordan, Alfie [McCalmont]) who were getting to 20, 21, 22.

“We were seeing guys come in and I don’t really think it affected us because we got to a stage where we knew when you’re 18, 19 you can do that kind of training around the first team and then play for the 23s.

“That doesn’t really benefit you once you get maybe a few years on. You need to start playing games, which is what we all wanted to do.

“To begin with, I guess you can see it as a bit of healthy competition, but when you’re at the start of your career you understand the path you need to go on to get to where you want to be.

“We just understood, being honest with ourselves, it probably wasn’t going to be at Leeds.

“We didn’t look at them with envy. It’s how football works.”

Hosannah is wise enough to see there are only a limited number of spaces in Bielsa’s squad, especially at right-back where Luke Ayling (30), Stuart Dallas (30) and Jamie Shackleton (21) have that corner of the field locked down.

The Lambeth lad neatly sums up the academy system in football and the point at which every young footballer has to have a cut-off point for looking elsewhere to blossom.

“They’re bringing in guys with international experience and a number of career appearances,” he said.

“You have us (outgoing under-23s), who have got less than 50 between all of us put together, which is why we just acknowledge it’s how football works.

“When you’re in that 23s environment, it’s a bit of a conveyor belt where you gradually go up and either go into the first team or you leave.

“We understand that, but we’re all grateful because hopefully, we can all go on to have good careers.”

Look out for more from Hosannah on LeedsLive in the coming days.