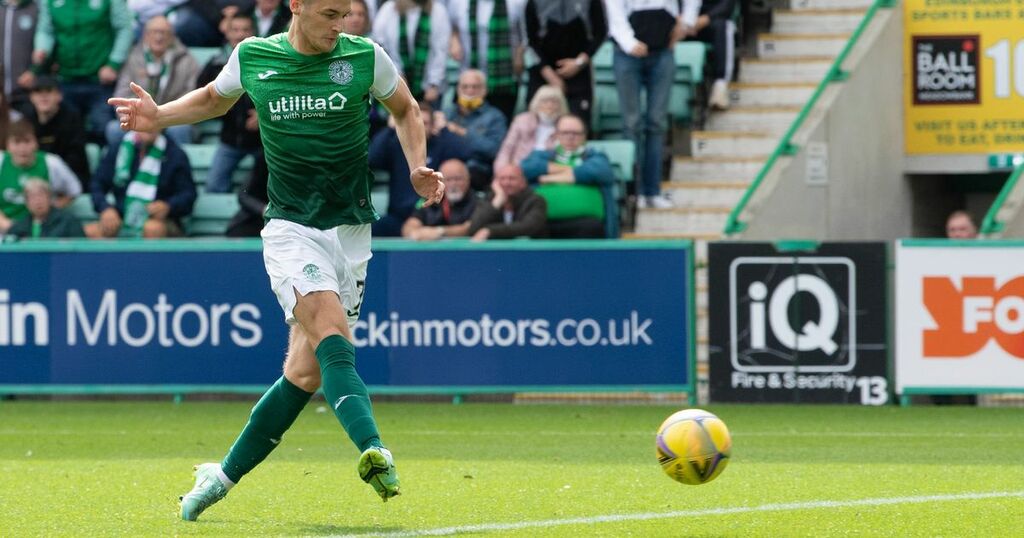 Coming through as a youngster at St Mirren, it was clear Kyle Magennis had all the attributes to go far in the game.

The Buddies' academy head coached a fresh-faced Magennis before he emerged onto the scene for his hometown team in 2016.

Given his debut by Easter Road boss Jack Ross, against his current employers, Magennis came on leaps and bounds in Renfrewshire.

Establishing himself as a key member of Ross' Championship-winning squad, captaining the club in the Scottish Premiership, picking up Scotland U21 caps and earning his move to Edinburgh, it was the dream start to his career.

Although he was no stranger to injury in his time with the Buddies, his first season in Leith was a frustrating stop-start one with a couple of problems.

Four goals in nine appearances to start the new campaign, however, and the 23-year-old is flying ahead of Sunday's derby clash at Tynecastle.

A fixture McManus knows well and one he's backing Magennis to shine in.

Speaking exclusively to Record Sport , the 46-year-old said: "Kyle’s got the bottle to deal with it, definitely. His temperament’s never been in question.

“Don’t let that fool you, though, because he’s got a fiery side in him as well.

“He’ll be really looking forward to making an impact in that game at the weekend.

“It’s a fantastic game to be involved in – 100mph with fans back in and both clubs going really well at the moment as well.

“Nobody will want to bend in the slightest.

“Kyle will only thrive in that environment.”

Recalling his early impressions of Magennis, McManus was struck by how strong a character the Paisley-born midfielder was at a young age.

His belief is that the Hibs ace can kick on again to another level.

McManus continued: “Kyle was quiet and unassuming but trusted his ability.

“He had a real, steely determination to work hard and, technically, was very good.

“Pretty much all of the lads that have come through our academy have that but Kyle had a bit about himself.

“That’s hugely important for a young player – he backs his talent and works really hard as well.

“He’s the kind of boy you’d always want in your side.

“He’s highly versatile, can play numerous positions and is a fantastic young lad.

“He’s doing so well just now and it’s good to see him back after a tough last season with his injury.

“That can happen to anybody at any stage of their career but he certainly looks to have come back from that.

“He looks a huge player for Hibernian this season and I’ve no doubts that if he continues the form he’s on at the moment he could potentially go on and play at a higher level again.”

And, working under Ross, McManus believes a consistent season could lead to further international recognition for Magennis.

With former St Mirren men Kenny McLean and John McGinn, also ex-Hibs, as examples to follow, McManus can see a pathway for Magennis.

The Buddies chief added: “He’s started the season fantastically well – playing in a very strong Hibs team under one of the best managers around, in my opinion.

“If Kyle can maintain that performance level for the remainder of the season, there’s no reason why he won’t take another step up again and in 12-18 months’ time he could be banging down the door of the Scotland national team as well.

“Kyle’s on that same pathway as the other lads if he can have a whole season like he’s having so far.

“One thing that won’t change is his mindset – he’s a very humble man that works extremely hard.”