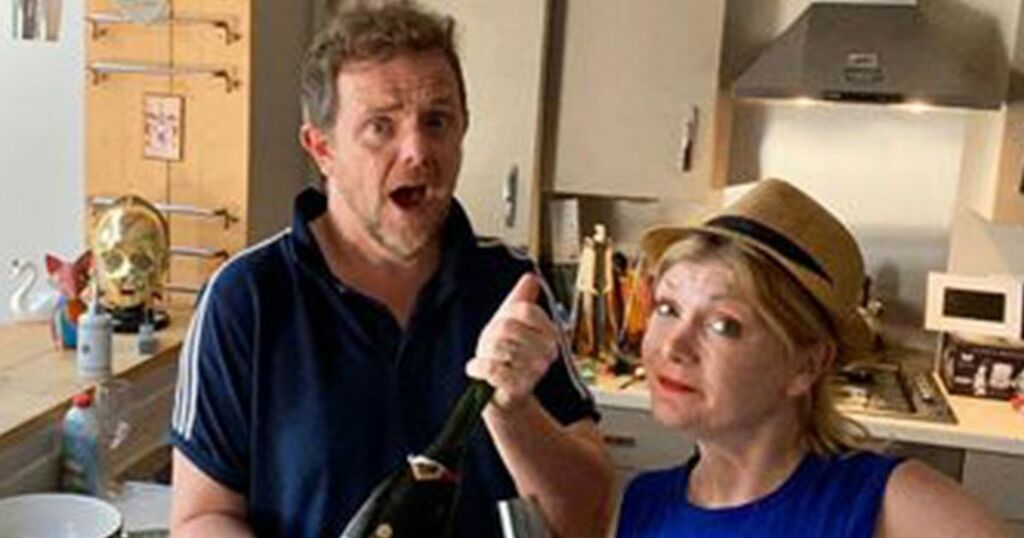 Leeds Live
One subscription that gives you access to news from hundreds of sites
Inside Rochelle and Marvin Humes' lavish £1.7m Essex home complete with glitzy decor

Mum-of-three Rochelle Humes lives in a stunning £1.7 million pad with her husband and children, Alaia-Mai, eight, Valentina, five and…

Zenger
From analysis to good news, read the world’s best news in one place
Pulp fiction: Being Jarvis Cocker

Emmerdale favourite Dan Spencer has had his fair share of heart-break and catastrophes throughout his time on the ITV soap.

However, Liam Fox, the actor who plays the unlucky-in-love dad, appears to live a picture-perfect life with his wife and fellow actor Joanna Hudson, who he married in 2020.

Joanna, who appeared on the soap in 2018, often shares pics of the pair living it up in their gorgeous home and enjoying their garden, which looks like the perfect entertaining space.

Liam, 51, used to be married to Nicole Barber-Lane, who played Myra McQueen, matriarch of the McQueen brood in Hollyoaks.

The pair have two children together, and split after 16 years of marriage.

Liam and Joanna married in February 2020 at Pickerton Castle in Cheshire surrounded by their famous pals - including Denise Van Outen and a number of the Emmerdale cast members.

It appears that married life suits the pair as they often looked smitten with each in pictures on social media, which also provide glimpses of their humble abode.

Their home is a red brick house with beautiful blooming wisteria growing at the front.

Meanwhile, their garden has cream fences and an area for chilling in the summer, with a grey sofa and matching table.

The pair also have a barbeque as well as a teal-painted shed.

Their enviable, open-plan kitchen has a wooden rack for wine glasses to hang from the ceiling, and marble work tops where the pair can cook up a storm, as well as a breakfast bar with a wooden top.

Nearby there is a vibrant blue arm chair with striking silver cushions- perfect for relaxing in the evening.

The walls of the kitchen are white, with neutral coloured cabinets.

The stylish living room has a feature wall, which has grey wallpaper, while the other walls are white.

A large, circular gold and silver mirror adorns the feature wall and the pair also have a modern electric fire.

The comfy-looking sofas are crushed velvet, with a matching foot stall.

Speaking about the pair's wedding in 2020 to OK! Magazine, Liam said: "We got carried away!"

"It was everything I'd hoped for an more, so I'm chuffed. Me and JoJo were the last ones on the dance floor at 2.50am", the newlywed explained.

Gushing over his bride, the cheeky chap shared that she looked "well fit" as she walked down the aisle and Joanne shared that their vows were emotional as she added: "He was looking at me crying so I was trying so hard to hold back the tears too."

The smitten pair met at Salford university 27 years ago and Dan bent the knee ten-months ago before they married.

The wedding came after Joanna defeated a rare autoimmune disease, which meant she "didn't care about the expense" of the nuptials after she nearly died from a tumor in 2015.

Liam FoxDan Spencer
Sign up to read this article

Leeds Live
One subscription that gives you access to news from hundreds of sites
Inside Rochelle and Marvin Humes' lavish £1.7m Essex home complete with glitzy decor

Mum-of-three Rochelle Humes lives in a stunning £1.7 million pad with her husband and children, Alaia-Mai, eight, Valentina, five and…