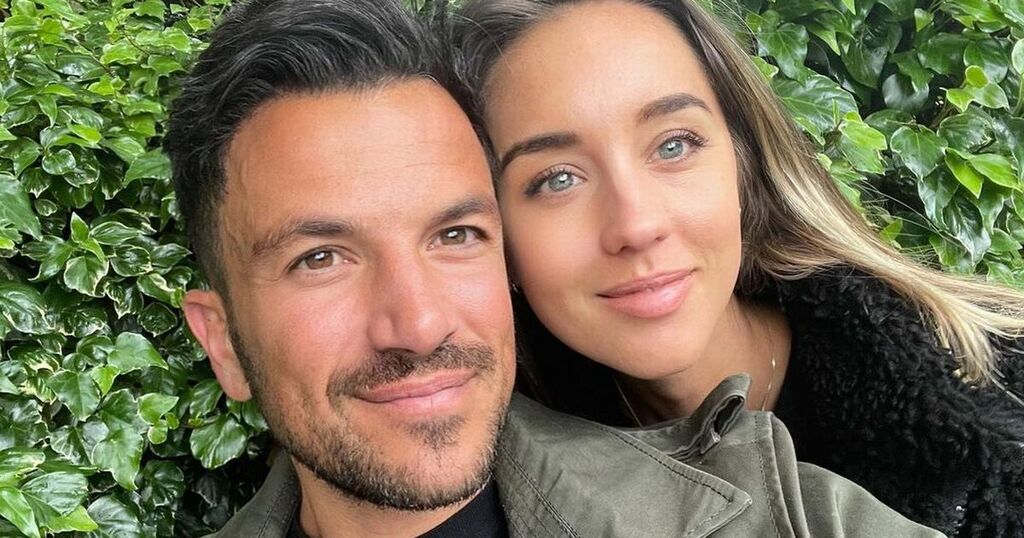 Emily MacDonagh might be best known as being Mrs Peter Andre but she is slowly carving out an impressive media career of her very own.

The qualified doctor has gone from obscurity, to celebrity wife, to novelist, to TV talking head – featuring on shows like Loose Women to dispense advice.

The busy working professional is also a caring mother-of-four – having welcomed two children of her own with her famous husband as well as looking after his two other children from his past marriage to Katie Price.

Here is everything you need to know about Mrs Emily Andre – from where she was born to how she met Peter and why she is famous in her own right.

Emily MacDonagh was born on August 16, 1989, in Taunton, Somerset to dad Ruaridh – a doctor himself – and mum Bex.

Emily is the eldest of five, and she is the big sister to her four younger brothers.

The future doctor spent her youth growing up in the Bridgwater area of Somerset – a short 20 minute, 11 mile drive from Taunton where she was born.

Completing her studies in 2015, Emily was showered with praise by Peter who gushed about his pride at the fact that his then soon-to-be wife had passed all her exams.

Taking to Instagram at the time, Pete wrote: "She's only gone and done it – Emily passed her final exams. Dr Emily Macdonagh, sounds great doesn't it? So so proud.”

It was medicine that brought Emily and Peter together – as the singer was suffering from kidney stones when he sought treatment and happened to be examined by Emily’s dad, Ruaridh.

After growing close to the doctor, Ruaridh then introduced Pete to his daughter – and romance began between the pair while Emily was still a medical student.

Emily and Peter went public with their romance in 2012 as they attended a film premiere together – and they welcomed their first child, Amelia, in January 2014.

The couple swapped vows at a ceremony near Exeter at Mamhead House on 11 July 2015 – with Pete’s children from his first marriage taking part in the event.

Princess, then eight, had the honour of being a flower girl, while his son Junior, then 10, acted as a pageboy.

Reports at the time suggested Peter entertained the guests at the intimate wedding with a performance of his very own – showcasing his famous vocal skills.

Ever since, Emily and Peter have appeared to be blissfully in love – welcoming their son, Theo, on 22 November 2016, and Pete regularly gushing about their family life in his magazine column for new! magazine.

While fans have warmed to Peter’s new wife, there is one person who hasn't – his ex-wife Katie Price.

The former topless model brutally hit out at Emily in a bitter Instagram post in January 2022 – making it clear to many that she is jealous of her younger love rival.

But far from lowering herself to Katie’s level, Emily has risen above the hate and bile fired at her.

And indeed, Judi James noted that Emily showed “no signs of any lurking resentments in the wake of Katie’s post” during a TV appearance just hours after Katie had launched her unprovoked attack on her.

The beginning of 2022 saw Emily releasing her debut book – a self-help guide to young women titled Growing Up For Girls: Everything You Need To Know.

The book proved to be a smash hit – reportedly selling out on Amazon within hours of its release.

Emily expressed her delight at seeing her words in print and on sale, writing on Instagram: “I can't believe the day is finally here - my debut book Growing Up For Girls is released today! Thank you to everybody that’s already bought it.”

Emily has featured on television alongside her husband – hosting a travel special together on This Morning in 2017 and famously getting interrupted while in bed by Michael McIntyre in 2019.

But Emily has also featured on TV herself – making her medical debut on Lorraine in 2018 when she filled in for Dr Hilary in 2018.

Since then she has made other TV appearances without Peter – and wowed fans when she appeared on Loose Women in January 2022 while promoting her debut book.