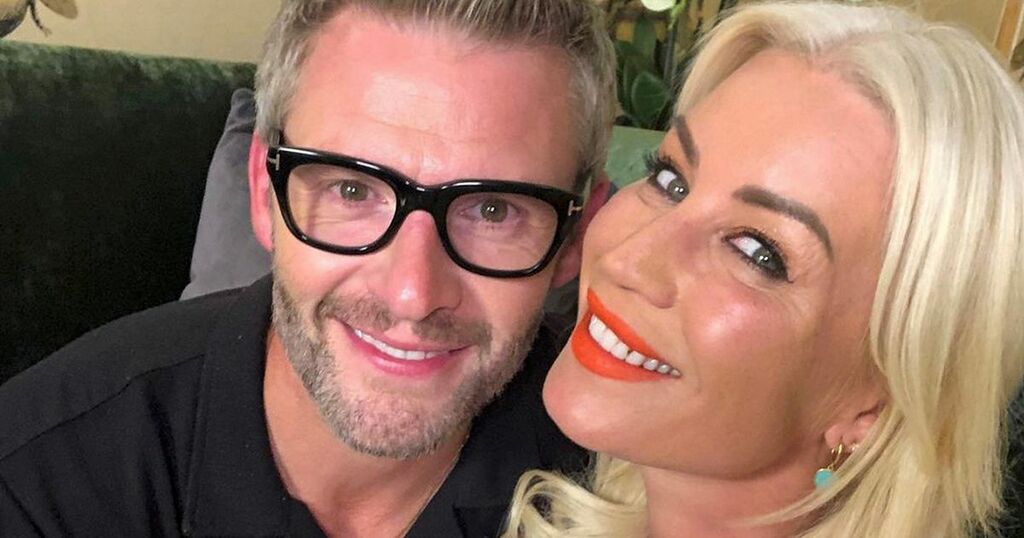 Denise Van Outen stunned fans with the news she has split from fiancé Eddie Boxshall after seven years together.

The entertainer, 47, took to Instagram to share the news that she had left Eddie, telling followers that after much speculation she had made the 'sad' decision to leave him.

"It saddens me to confirm that we are no longer a couple. I had to make the difficult decision not to continue our relationship," Denise penned in a short statement.

The pair were well known to fans for starring in Channel 4's Celebrity Gogglebox.

Filming from the living room of their Essex love nest, the pair's infectious banter and sweet romance had made them seem like a perfect match.

So what went wrong for the couple?

Giving an interview just days before her split was confirmed, Denise candidly admitted she was not looking to marry Eddie, 47, any time soon.

The TV star even scathed that she'd rather spend the time and money sorting out her garden than tying the knot with her beau.

"We’ve not really been focusing on organising a wedding because we’ve been trying to get the house finished and get final things done, like a new patio," she commented.

“Besides, you can’t plan for anything at the moment so there’s no rush to do anything.

“Young people plan weddings because they want to crack on and start a family but that’s not going to happen. It’s not like we are having any more children," she told The Mirror.

Denise is mum to daughter Betsy, whom she shares with her ex partner and West End star Lee Mead. While Eddie is dad to Jordan, 25, and 22-year-old Leah from a previous relationship.

Following news of the shock split on Friday night, rumours have swirled that Denise ended things after discovering a series of messages to other women on Eddie's phone.

A source told The Sun: "Denise is both ­furiously angry and utterly heartbroken. It’s the very last thing she expected to happen after she had been so happy with Eddie.

"She thought this was for ever. But while she has been out at work he’s been sat in her home betraying her trust.”

The source said the messages were the 'last thing' Denise expected, having been happily settled with Eddie.

"She thought this was forever, but while she's been out at work he's been sat at home betraying her trust," they claimed.

Eddie is believed to have been staying at a friend's house since the alleged messages were uncovered but Denise is said to have dismissed any chance of them getting back together.

The source claimed that the trust between the two 'was gone' and Denise is now 'determined to move on with her life."


They claimed that after Denise confronted her partner she then found out that he had made trips to meet someone else.

"It just felt like too much to patch up and gloss over. It’s a great shame," they added.

Mirror Online has contacted Denise's representatives for comment. Eddie is yet to speak out on the allegations.

Eddie had been Denise's first boyfriend since her split from actor Lee Mead in 2013.

Speaking in an interview with the Mirror on New Year's Day, Denise said she hoped the heartbreak of her youth was in the past.

"It’s funny when you look back at it and realise the heartache and heartbreak that you went through,” she said. “It’s quite nice to look at it as a grown-up and just go, ‘I am glad I am not going through that again’.

“I would like to have gone back and spent less time crying into my pillow – although ultimately, the crying led to other relationships that have shaped me as a person.”

After being known as one of the hard-partying 'laddettes' of the 90s and dating rock stars including Jamiroquai's Jay Kay, Denise was asked if Eddie had changed her as a person now she had settled down.

“It’s just a different fit, isn’t it?,” she said. “Ultimately, people don’t really change. I mean, you grow up but you don’t change… you just find a better fit."

While Eddie is yet to directly address the break-up, including allegations he cheated on Denise, he has taken to Instagram since the announcement to share a cryptic post.

He shared a photo of a mirror with a message scrawled on in black marker pen.

"When everything is uncertain, everything that is important becomes clear," read the handwritten note.

Eddie added in the caption 'health and love' to his post which struck a chord with many of his 60,000 followers.

"Team Eddie Boxshall. Always here for you mate," wrote one to which Eddie replied with a love heart.