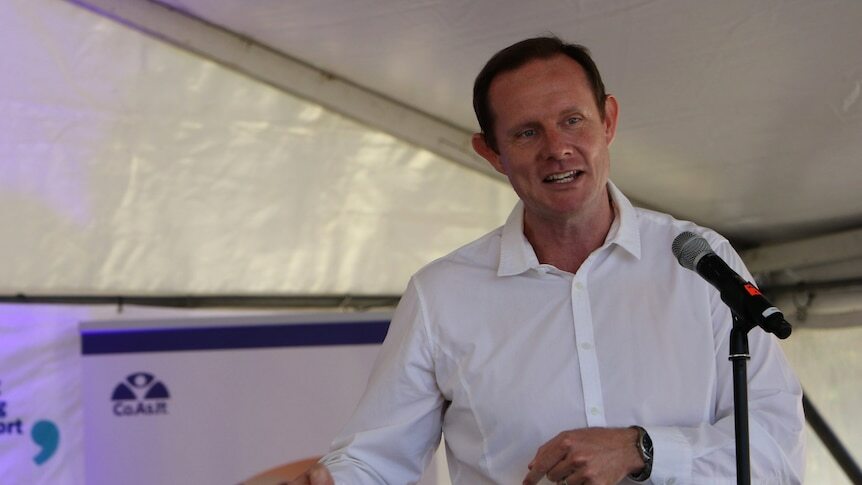 The mayor of Sydney's Inner West Council, Darcy Byrne, has been removed from office just months out from council elections.

He has been replaced by Greens councillor Rochelle Porteous who will serve for three months until NSW local government elections on Saturday, December 4. She is the council's first female mayor.

"The interesting thing about that is there is a majority of female councillors on the Inner West Council, so we really haven't had much representation," Ms Porteous said.

"I recognise the fact that it's only in the last few month that we have a female mayor and I'm very grateful to be that female mayor."

In a statement, the Labor mayor described his removal as a "backroom deal" that would distract from the work needed to deal with the COVID-19 pandemic.

"Through a backroom deal, in the middle of the COVID lockdown, a temporary mayor has been installed for a ridiculous three-month term leading up to the council elections on December 4," Mr Byrne said in a statement.

"This political game playing will result in the council becoming less responsive to the community at a time when the virus is on the loose and local people need services to be stable and effective."

At the virtual council meeting on Tuesday night, Mr Byrne lost his seat by two votes after getting the support of five of the 15 councillors. Seven votes went to Ms Porteous and there were three abstentions from councillors who walked out.

Twice-delayed council elections due to the pandemic has meant many mayors finished their term in office in September, two months before elections, facing the prospect of being re-elected just for this short period.

Ms Porteous, who is described on the council's website as a strong advocate for social justice issues and had previously been Leichhardt council mayor three times, said there were no deals.

"It's consistent the support that I've had and no there's no deals or anything else like that."

In September 2017, Mr Byrne was elected as Inner West Council's inaugural mayor following council amalgamations. He was re-elected in 2019. Prior to that, from 2012 he had served as Mayor of Leichhardt Council.

The move to replace him comes after he was found guilty of misconduct by the NSW Civil and Administrative Tribunal (NCTA) earlier this year for breaching conflict of interest provisions.

In July the NCTA found he improperly used his power to remove negative social media comments about him that he alleged were inflammatory. Last month Mr Byrne had his pay suspended for three months following the finding.

Ms Porteous said the question people should be asking was why did those councillors choose to drop their support for Mr Byrne and choose to change at such a late stage?

"I think the issue is that Councillor Byrne has had some problems, he has been found guilty of numerous counts of misconduct … there's been a lot of issues in council as well … and it's not been a good council in many ways," she said.

"I was just a surprised like everyone else and its quite indicative of the fact that the two Liberal councillors who consistently supported Labor and Darcy Byrne over his mayoralty during the whole term of council chose to absent themselves from the vote, and also the independent."

Mr Byrne argues he had not been damaged by the NCTA findings, vowing to again stand for mayor in December.

He said the election of Ms Porteous had blocked the community from having a say over who should represent them.

"The Greens and Councillor Porteous have blocked the community on having a say on whether they directly elect their own mayor."

After 16 years of serving her community, Ms Porteous said she would not be standing as a councillor for the next term of council.