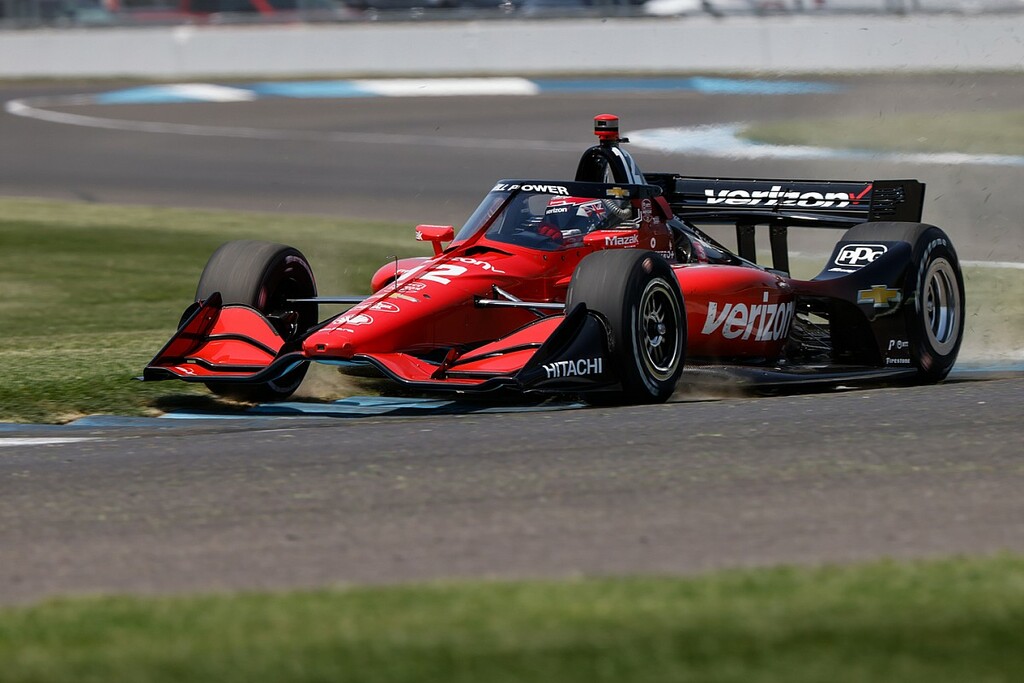 Newsroom.co.nz
Eintracht Frankfurt vs Rangers live stream: How can I watch Europa League final live on TV for FREE today?

Palou delivered on a day when his Ganassi teammates all fell in Q1 and was also the only Honda to make it through to the Firestone Fast Six.

Power’s teammate Josef Newgarden bounced back superbly from a clutch issue in FP2 to end up 0.0679sec adrift of Power, and just ahead of the happiest surprise of the session. Conor Daly upheld his and Ed Carpenter Racing’s honor in front of their home crowd with fourth fastest, beating the two Arrow McLaren SPs of Pato O’Ward and Felix Rosenqvist.

Will Power topped the times on the harder primaries as track temperature dropped a tad from the start of the session, going from 129 to 126degF. His time was a 1min10.7082, barely a hundredth ahead of teammate Scott McLaughlin, with Conor Daly inserting his ECR car in third to edge his former Indy Lights teammate Josef Newgarden.

Onto alternates, Alex Palou delivered with 69.4114sec to leave him hundredths ahead of the two Arrow McLaren SP-Chevrolets, Will Power and Josef Newgarden, and home boy Conor Daly. Thus Palou was the only Honda driver to make the Fast Six.

Callum Ilott, the only driver without a teammate, did another sterling job to deliver P7, just 0.24sec from top spot and only 0.0144sec from making it into the Firestone Fast Six.

Scott McLaughlin was a surprise elimination, admitting that he made a slight error in his first lap, on a day when the drop off on the second lap on Firestone alternates was around 0.3sec.

Callum Ilott was fourth fastest for Juncos Hollinger, while Conor Daly did what VeeKay could not by getting an ECR car into Q2.

Neither Colton Herta nor Alexander Rossi were able to progress, while Meyer Shank Racing’s Simon Pagenaud was another surprise casualty.

Rinus VeeKay was the fastest driver on primary tires, clocking a 70.6265, while Devlin DeFrancesco was second fastest, having gone out straight away on alternates. Then Palou and Rosenqvist hit the top two spots, with 69.5 and 69.6 respectively.

Palou, Rosenqvist, Josef Newgarden, Jack Harvey and Romain Grosjean also made it through. Surprise exclusions were VeeKay, last year’s winner here for Ed Carpenter Racing-Chevrolet, and Scott Dixon (Chip Ganassi Racing-Honda). The six-time champion was left baffled, explaining that the car “felt like a different car every time out”.