The two Saturday qualifying sessions at Indianapolis determined the positions outside of the top 12 and track temperatures had dropped by the end of the initial runs of the second segment.

Callum Ilott of Juncos Hollinger Racing was the first to do a retake run and improved by 0.7mph but only gained three places, and lost two of those straight afterwards when Dale Coyne Racing put rookie David Malukas and veteran Takuma Sato in line.

Sato had to run again having had his first morning run invalidated when he interfered with Marco Andretti’s warm-up lap, having failed to follow IndyCar’s instruction to go to the deceleration lane on his slow-down tour.

Rookie Malukas improved, and got the Coyne with HMD car into 12th, but he was bumped out by his two-time Indy 500-winning team-mate.

Sato bounced off Turn 2’s SAFER barrier on his third lap but kept his foot in for the remainder of his run and claimed 12th.

Ironically, Andretti was next up again, having suffered an electrical issue on his initial run, but he could only claim 24th.

Alexander Rossi elected to go to lane one - the priority lane - for his second run, which means a driver has to pull his first time, and could not improve, instead dropping himself from 15th to 21st.

Sage Karam was on his warm-up lap when the rain moved in, and the caution flag came out and there were also advisories of lightning within an eight-mile radius.

However, there were still 3hrs30mins to go, so the action resumed once the track was dried and the lightning departed.

When the session restarted after 1hr20min, Karam improved his average speed by 0.5mph in the dense air, but gained only two places.

Remarkably, Team Penske had elected to pull the times of Josef Newgarden and Scott McLaughlin, despite them sitting 14th and 15th on the grid, and go into the Priority lane. The hope was that the lower track temperatures could spring them into the top 12 for Sunday’s shootout.

But McLaughlin’s second run dropped him from 15th to 26th, as he was 1.4mph slower than in his initial run.

Team-mate Newgarden got lucky because he was only on his warm-up lap when lightning returned to within an eight-mile radius of the Speedway and the caution was thrown. Then came the rain and, with an hour to go before the 5.50pm session, IndyCar had to admit the day was over.

Because he had not taken the green flag, Newgarden will be allowed to reclaim his 14th-place slot on the grid.

DRIVERS IN TOP 12 for Sunday Qualifying 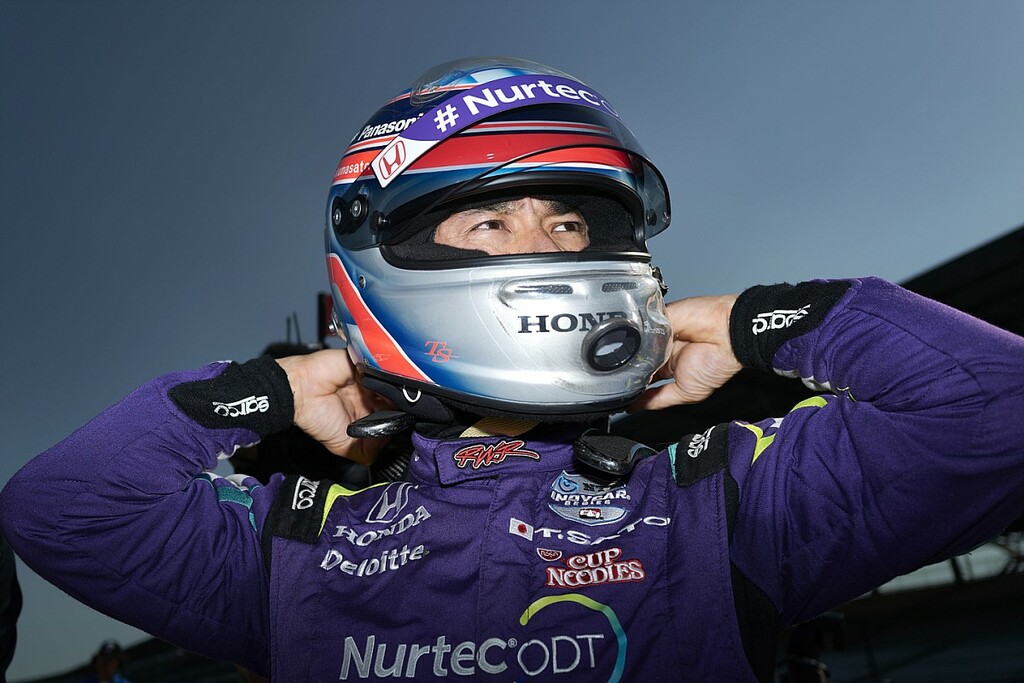 In the new Top 12 session for qualifying at the Indy 500, Scott Dixon edged Rinus VeeKay for pace advanced…