In its short history, Australia has built a proud tradition of research excellence across our institutions. In mainstream commentary we tell ourselves that in research, we “punch above our weight”, the highest possible accolade.

Given this self-knowledge – that we are so very smart – it is all the more befuddling to our big brained institutional leaders that on other metrics that illustrate national cleverness, we are ranked as rather dim and slow-witted.

The best known of these is the Harvard Atlas of Economic Complexity, where Australia ranks 86th in the world, snuggled in comfortably between Paraguay at 85th and Uzbekistan at 87th. And we are trending down.

How does this square with Australia’s self-image as a clever country? Not well, I would say.

Could it possibly be that our industry policy settings are out of whack?

The pandemic and geostrategic weirdness has highlighted the fragility of key supply chains and driven a debate about building sovereign capability. This same discussion is happening in countries all over the world.

But it is more urgent in Australia for all of the reasons that have landed us at number 86 on an rank of economic complexity – far below our comparable-nation peers.

Advanced Manufacturing Growth Centre (AMGC) managing director Jens Goennemann says in relation to industry policy, Australia has for decades put too much emphasis on research-led initiatives. This is backwards, he says.

This is how AMGC was structured from the start in replicating Fraunhofer program, Germany’s network of industrial research institutes, with three funding sources of base funding, industry co-funding, and research involvement – but with that emphasis that researchers were there to solve industry challenges.

The Fraunhofer industry program has been in place for about 75 years and is considered a key to Germany’s ongoing and long-term for industrial innovation. Germany ranks third on the Harvard Atlas of Economic Complexity.

The United Kingdom launched its Catapult Network – based on the Fraunhofer model – 20 years ago. The UK is ranked 12th for economic complexity.

The difference is that Fraunhofer and Catapult have enjoyed long-term thinking on industry strategy, and long-term funding to address research commercialisation in areas that would not have been otherwise funded.

The Industry Growth Centres were a step towards that Fraunhofer model with its industry-led applied research focus, but they were only given an original four-year funding window. That’s a structural challenge.

“Applied research must solve industry challenges, and hence industry needs to be in charge to identify and say what those challenges are. Because they know it from their customers.”

The METS Ignited Growth Centre is focused on Mining Equipment Technology and Services. Its chief executive officer Adrian Beer said researchers are simply not the optimal channel for commercialising research, in the same way that venture capital does not under-take early stage research.

He says the innovation and technology used in the mining sector can serve the needs of multiple verticals. It is not just mining, or energy, or defence, or space, who have the demands for automation, robotics, analytics, it is all major sectors that drive our economy.

Similarly, there are horizontal technologies in the mining sector that are applicable across the economy.

“The most direct route to achieving a low emissions future is to unlock the technology that is currently stranded in our innovation ecosystem,” Mr Beer said.

“Major resources companies have invested billions of dollars over many decades into our local research sector to address future sustainability, low emissions technology and decarbonisation.

“The resources ‘buffer’ has served the Australian economy well in recent decades, but to realise our full national potential, we must now take the innovation stranded in our resources and research sector and make it commercially available.”

“By delivering innovation from within Australia, we provide certainty, stability and sustainability for our future, delivering national income and improving the sophistication of the Australian Economy.”

The Cooperative Research Centre (CRC) program in Australia is held up as a jewel in the crown of Australian industrial policy and has over a long period been a valuable interface between institutional research and industry.

But Mr Goennemann said that while the CRCs were a good first step, their focus tended to be on TRL (Technology Readiness Levels) two, three, four and five. This is good because it gets research beyond the university fence, but then that’s it – it does not go all the way.

The applications for CRC programs are usually research-driven – like a hammer looking for a nail – rather than by industry demand.

“This is why, for example, a Fraunhofer researcher has only one KPI – how much money have you brought in from industry to resolve an industry problem. Not how many times have you been published or how many quotations do you have,” he said.

“The rewards in the field of applied research must be industry success, not research evidence.”

By contrast he said the AMGC is entirely industry-led, and focused on the so-called “commercialisation valley of death” between TRL levels four and nine.

“We have the evidence that it works through the success of more than 140 industry-led projects [through AMGC],” he says. “In every project, we had a research partner alongside a couple of companies, helping them resolving an industry problem, not the other way around,” he said.

This way and with only $50 million of funding, we created over $1.6 billion of additional revenues for our economy and over 4,000 new jobs. Speaking tax dollars this is an absolutely no-brainer.

“Because if it is industry-led, it is solving industry problems. It is serving a customer who is paying [the] bills. That is a fundamental difference,” Mr Goennemann said. 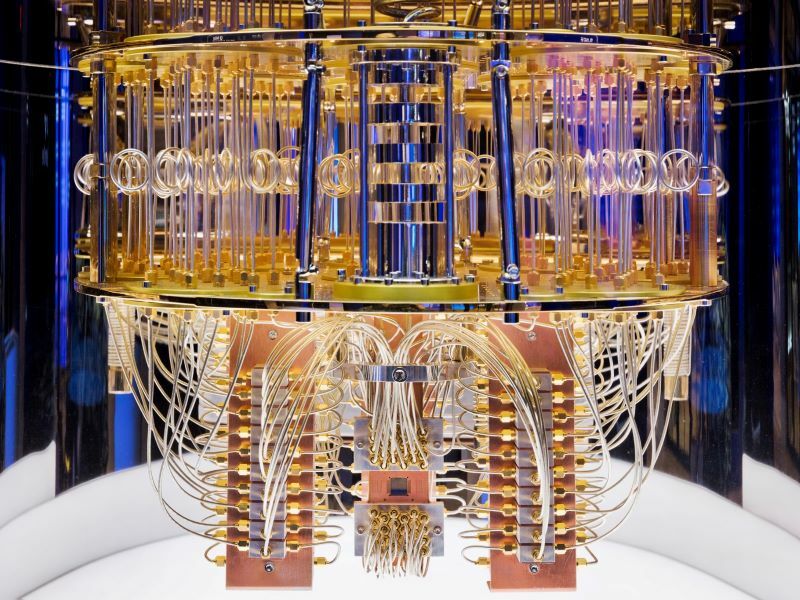 UTS, USyd join US quantum ‘yardstick’ project
The University of Technology Sydney’s quantum program will team with the US defence research agency to develop better ways of…

InnovationAus
One subscription that gives you access to news from hundreds of sites
Queens University Belfast spinout bags £800,000 investment to roll out plant-based animal feed supplement