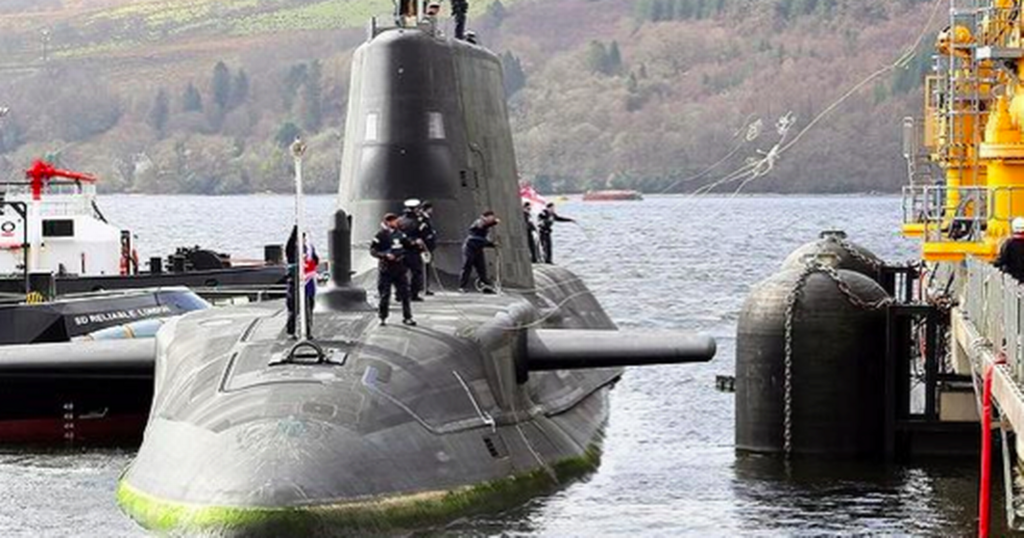 The UK's nuclear submarine base on the Clyde could be "crippled" by industrial action as civilian staff threaten to down tools in a dispute over pay.

Around 70 specialists employed to maintain the Trident weapons systems at Coulport will be sent ballots from Unite Scotland this week, the Record can reveal.

If backed by members, the union could call for an overtime ban at the Royal Naval Armaments Depot - with future strike action not being ruled out.

The base on Loch Long is the storage and loading facility for the nuclear warheads loaded on to submarines, which are based at nearby Faslane.

If the workers walk out it could play havoc with essential maintenance which is planned in detail up to a year in advance of each submarine leaving port.

The staff involved are employed by three separate private companies - AWE, Babcock Marine, and Lockheed Martin UK Strategic Systems - which form part of the ABL Alliance, a joint venture which won a 15-year contract from the Ministry of Defence in 2013 to maintain the weapons systems at Coulport.

AWE workers are involved mainly in the maintenance side of the weapon system operation, Lockheed Martin workers are responsible for specialist engineering, and Babcock staff provide jetty services.

Due to national security reasons some of the roles cannot be disclosed.

Unite told the Record the dispute centres over the failure by the Alliance to meet the union's 2021 wage claim, despite workers agreeing on several occasions to delay pay talks due to the coronavirus pandemic.

After months of negotiations a £600 backdated pay uplift to August 1, 2020, was reached and would be acceptable to Unite members only for the companies to then put forward several unacceptable offers for 2021.

"The workforce has been extremely patient with the ABL Alliance employers, so much so that we agreed to delay the pay award for 2020 until this year.

"After reaching a potentially successful resolution to that element of the pay claim the employers unfortunately tried to put their foot down through several unacceptable pay offers for 2021, which were all below inflation.

"This is despite the companies collectively turning over tens of millions in profit."

Deans continued: “Unite’s members have continued to work diligently, tirelessly and professionally throughout the pandemic.

"Yet, the ABL Alliance employers seem intent in provoking a fight by failing to recognise the exceptional skills and professionalism of our members by making below inflation pay offers.

"If the employers refuse to move then following a successful ballot industrial action could take place from the beginning of October.

“The reality is that due to the nature of the work performed even an over time ban could cripple the nation’s nuclear deterrent at Coulport.

"We urge the employers, once more, to work with us to positively resolve this dispute or the fallout will be fully laid at their doors.”

The Royal Navy operates four Vanguard-class submarines from Faslane, which were planned to be decommissioned in 2022 as part of the strategic defence and security review (SDSR), but were extended until 2028.

A spokesman for Lockheed Martin said: “With our ABL Alliance partners, we are continuing dialogue and negotiations with Unite and are hopeful that a suitable resolution can be reached by all parties.”