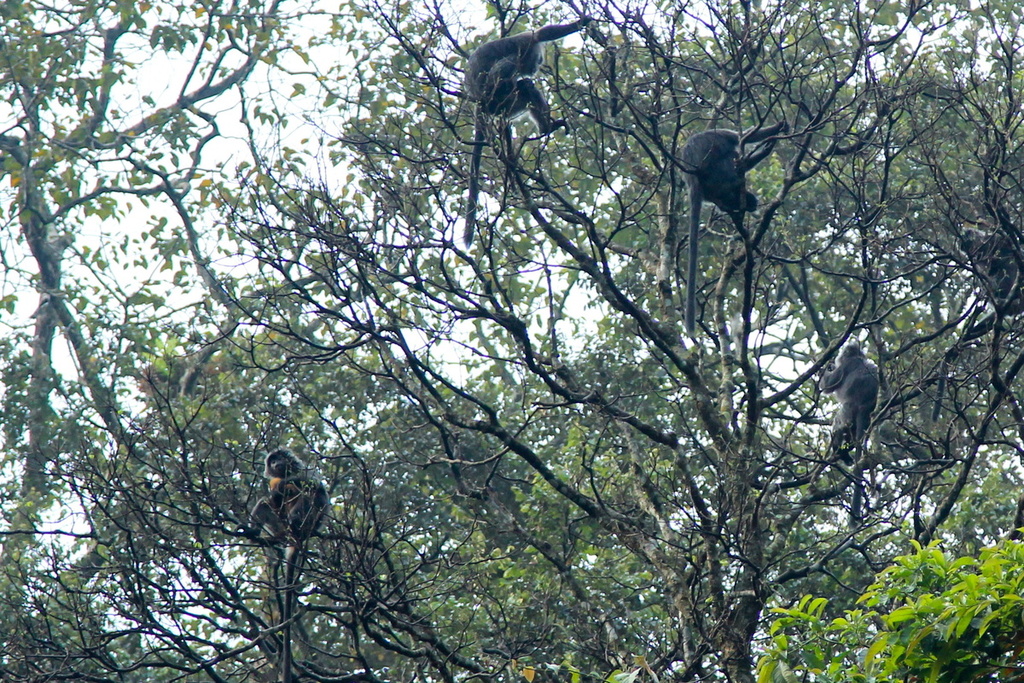 Indonesian officials and researchers are working to preserve a small pocket of forest on the heavily populated island of Java as the habitat of the Javan gibbon, which they say is endangered by climate change and human encroachment.

Also known as the silvery gibbon, the primate is unique to central and western Java, where it plays a role in regenerating forest vegetation by dispersing seeds.

Local conservation group SwaraOwa is tracking a population of about 400 gibbons living in a 73-kilometre reserve in Petungkriyono Forest in central Java.

Researcher Arif Setiawan said as many as 70 groups are regularly spotted in the forest, compared to about 50 in 2012 but warned that their habitat was under threat.

"The real threat now is the integrity of the forest itself because of the increasing number of human activities," he said.

SwaraOwa and the government hold outreach programmes with the local community every month and have installed signage prohibiting hunting and illegal logging in the forest.

In one project, they work with local village chiefs to cultivate shade-grown coffee as a business, a practice that can be done without inflicting a heavy toll on the forest.

SwaraOwa also runs nature tours, including accommodation, for tourists to the forest focused on sustainability, as a means of providing alternative income sources for locals that do not harm the environment.

More difficult to address is the issue of climate change.

"It is still raining when it supposed to be the dry season and that will eventually impact the vegetation," said local forestry official Untoro Tri Kurniawan.

"Instead of fruiting season, leaves grow," he said. "So the flower that is supposed to become fruit would fall and eventually impact the animals in Petungkriyono."