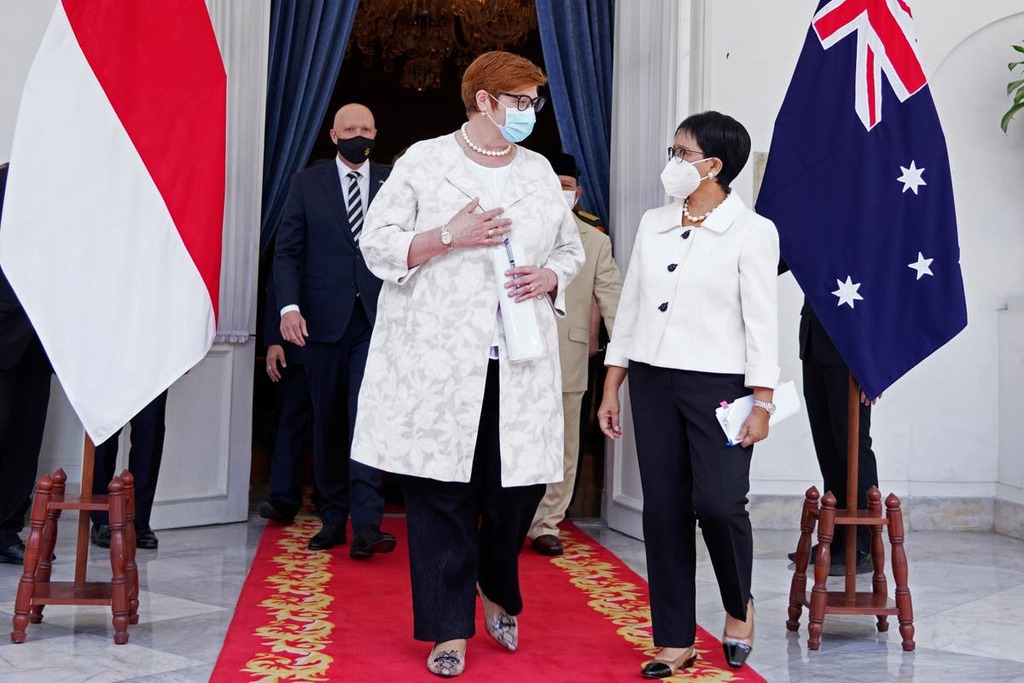 The foreign minister of Indonesia, the world's most populous Muslim country, urged the Taliban on Thursday to respect the rights of women and not allow Afghanistan to become a breeding ground for extremist activities.

Retno Marsudi made the comments after meeting with Australia’s foreign and defense ministers, who are visiting Jakarta to bolster security ties.

Marsudi said Indonesia is closely monitoring the situation in Afghanistan and hopes the country will not be used as “a breeding and training ground for terrorist organizations and activities that threaten peace and stability in the region.”

On Tuesday, the Taliban announced an all-male interim government that includes many veterans of their hard-line rule in the 1990s and 20-year battle against U.S.-led forces.

Indonesia has suffered a series of militant attacks since bombings on the tourist island of Bali in 2002 killed 202 people, mostly foreigners, including 88 Australians The Bali bombings were blamed on the al-Qaida-linked Jemaah Islamiyah network.

In the following decade, Indonesian security forces backed by the U.S. and Australia crushed Jemaah Islamiyah, killing leaders and bomb makers and arresting hundreds of militants. But a new threat has emerged in recent years from Islamic State group sympathizers, including Indonesians who traveled to the Middle East to fight with the group.

Marsudi and her Australian counterpart, Marise Payne, urged the Taliban to respect and promote human rights, especially those of women and girls.

Payne and Dutton arrived in Jakarta on Wednesday for the first of a series of meetings with foreign and defense ministers in Indonesia, India, South Korea and the United States to underscore Australia's role in the Indo-Pacific region, where China's influence and military power are growing.

Their trip will also prepare for Prime Minister Scott Morrison’s visit to Washington, D.C., later this month to meet with U.S., Indian and Japanese leaders in the Quadrilateral Security Dialogue.

China has called the so-called Quad an attempt to contain its ambitions.

Payne described the Indo-Pacific region as the most dynamic, innovative and prosperous in the world.

“To maintain that prosperity and security, we welcome a region that supports a level playing field based on rules and norms to ensure healthy competition, rather than competition that risks sliding into instability or conflict,” she said.

The four ministers agreed to cooperate in defense, cybertechnology and countering terrorism and violent extremism, and in fighting the coronavirus pandemic.

Surging infections have strained Indonesia’s healthcare system as it struggles to roll out vaccinations. Australia has provided it with 1 million vaccine doses, 1,000 ventilators and more than 800 oxygen concentrators and cylinders.