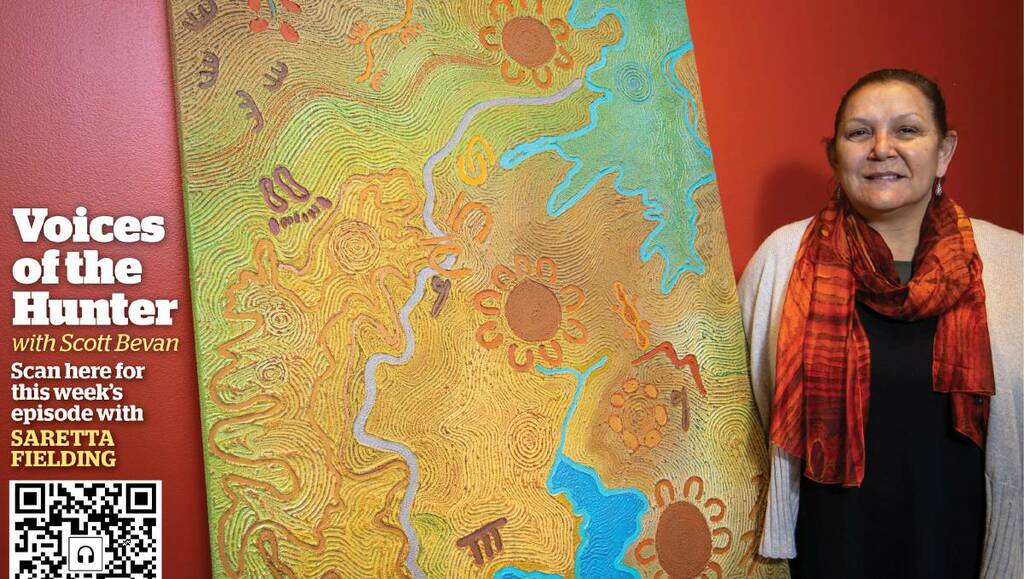 Even the lake itself, named after colonial NSW governor Lachlan Macquarie, could also be referred to by its Awabakal name, Awaba, or "place of a flat surface", Saretta Fielding said.

"We've got this beautiful lake that connects us from east to west, and there's a real opportunity there through dual naming to really share culture further in that way," Mrs Fielding said in the latest episode of the Newcastle Herald's "Voices of the Hunter" podcast series.

The Indigenous language has a presence on the lake map, with places such as Wangi Wangi and Kilaben Bay. But Saretta Fielding believed there was room for more dual names, "where we can remember and capture language and reference to place by the Aboriginal traditional custodians who lived here on country".

"The names refer to what the place is like or what you find there," she said.

The council's recent decision to change the name of Coon Island to Pirrita Island, an Awabakal word meaning "oysters from a mangrove tree", and Coon Island Point to Miners Point, to acknowledge the settlers who had houses there in the 20th century, led to division. Some argued the island's name should be changed, because it was derogatory, while others wanted it retained.

Lake Macquarie Mayor Kay Fraser is in favour of the name change.

"In 2021, we can't have that word in our community," Cr Fraser said, adding that the two new names reflected different aspects of the island's heritage.

The mayor believed more dual names for places around the lake should be considered.

"We're mature enough as a city to talk about that," Cr Fraser said. "We need to talk about the importance of dual names in Lake Macquarie and have the residents involved in that process.

"I think it's really important to honour and acknowledge the First Nations peoples."

In her art, Saretta Fielding often depicts the lake, which she has lived by nearly all her life, and incorporates stories and symbols from the Awabakal culture. So by looking at her works, the viewer can walk in the footsteps of those who have gone before and get a better understanding of the area. A recent painting, Yarns Parai: Stories on Country, is like a cultural map across parts of Lake Macquarie, Mount Sugarloaf and Hexham Swamp.

Saretta Fielding hoped her work helped all people to connect, and to walk together.

"It's telling a story or it's sharing a message, and that's what I want my artwork to do," she said.

Saretta Fielding, who is the NSW Local Woman of the Year for Lake Macquarie, is the niece of elder and pioneering businessman Bill Smith, who died on August 29.

In the podcast episode, Mrs Fielding paid tribute to her uncle and others who had helped her "to grow, and to see I did have potential".

You can listen to the conversation with Saretta Fielding in "Voices of the Hunter with Scott Bevan" on the Apple, Spotify and Google podcasts, and through newcastleherald.com.au