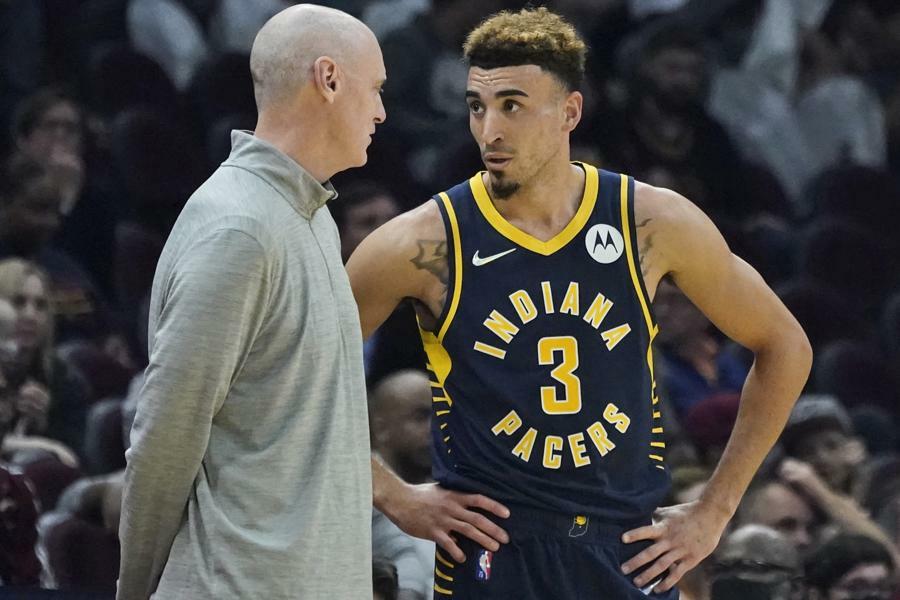 The Indiana Pacers enter the 2021-22 campaign in a similar situation to last year: They have a lot of roster continuity and a new head coach.

This time, though, things feel different. Instead of hiring a first-time head coach looking to make his mark in the league, the Pacers hired the well-established Rick Carlisle this offseason, a well-respected tactician with NBA championship experience. A new coach with such a strong resume gives the Pacers, and their fans, hope that this season will go better than last one.

On top of that, the front office’s subtle changes around the edge of the roster have many eager to see what this team can be on the floor. Injuries and strategic flaws have held this team back in recent years, but Indiana is hoping that a largely homogenous roster with new ideas and an infusion of youth can get back into the playoffs.

Despite the general view of the team showcasing continuity, the Pacers did tweak a few portions of their team.

As mentioned above, the highlight of Indiana’s summer moves was changing head coaches, they fired Nate Bjorkgren in June and hired Carlisle soon after. Bjorkgren brought fresh ideas to the blue and gold, but his season ended in turmoil, and the Pacers pivoted to the well-established Carlisle to stabilize the franchise.

The roster underwent some changes as well. Out went Doug McDermott, JaKarr Sampson, Aaron Holiday, and Edmond Sumner — the all were traded away or signed with other teams. To replace them, Indiana bras brought in Torrey Craig and Brad Wanamaker in free agency while selecting Chris Duarte and Isaiah Jackson on draft night. The back of the rotation, and the youth pipeline, is where the Pacers executed most of their offseason changes.

A new system and an infusion of youth has changed the aura around the Pacers, and the entire organization is ready to look forward and move on from a forgettable 2020-21 campaign.

This season will be a fascinating one for the blue and gold. Will Carlisle and the slightly tweaked roster be good enough to re-capture the regular season form the Pacers saw in the late 2010s? That’s what the organization is hoping to see this year. The Pacers were a top-five team in the Eastern Conference three campaigns in a row before stumbling last season, the team wants to end that slide as soon as possible.

Hope is only worth so much, though. Once the games begin in short order, the Pacers will have to execute and win some games. Carlisle’s strategy and on-court decisions will be one of the most important things to watch this season — if he pulls the right levers, then the team could move up a tier in the East. If not, or if the squad continues to be hindered by injuries, then this group could be due for some mid-season changes.

Speaking of injuries, they have already surfaced as a big storyline for Indiana. Two starters are currently sidelined in Caris LeVert and T.J. Warren, and reserve Justin Holiday rolled his ankle in a preseason game last weekend. That’s three rotation players who are already sitting out and have unconfirmed recovery timelines before the season even starts in the Circle City. The return date for each player could have a massive bearing on the Pacers season.

If things go poorly, then this group could be in for a shake up. There has been questions about the fit of Myles Turner and Domantas Sabonis in the starting five for a few seasons now, and those questions will continue to exist under a new coach. If the blue and gold flounder early this season, perhaps they finally make the hard decision are trade one of the talented young bigs for talent at another position. That pairing’s unpredictable future, combined with the fact that two other rotation players (Warren and Jeremy Lamb) are entering the final season of their contracts, makes several mid-season trade possibilities feasible for Indiana. But it’s perhaps equally likely that the team recaptures its form from two seasons ago and is a tough out on a nightly basis.

Team MVP: Domantas Sabonis has been an All-Star in each of the past two seasons, and his ability to contribute in a variety of ways has made him the Pacers MVP of late. When healthy, Malcolm Brogdon can push Sabonis for this title thanks to his excellent scoring ability and heady defensive skills, but Sabonis has been the most valuable Pacer since he became a full-time starter in the NBA, and that should continue this season.

Best Value: Several Pacers players are either slightly underpaid compared with their production or have a market value contract. There isn’t a bad deal on the team’s books. The best value contract on the team, while subjective, likely belongs to Justin Holiday. He has filled in ably as a starter for an extended period of time now with Warren sidelined, and his chameleon-like ability to fit in any lineup makes him quite valuable to his team. Holiday, an eight-year veteran, is set to make just over $6 million this season, a bargain given his production and skill.

X-Factor: Caris LeVert can change the Pacers’ fortunes this season. He averaged nearly 21 points per game after being traded to Indiana last season, and over his final ten games, he dropped in an average of nearly 26 points per game. At his best, LeVert is incredibly hard to contain, and his passing improved as the season went along. If he can get healthy and re-capture some of his late season form, he could launch the Pacers up the standings.

Chris Duarte for Rookie of the Year: At FanDuel, the odds are currently listed at +4600.

Overreacting to preseason play and summer league performances is a fool’s errand. That said, it’s hard not to be optimistic about Duarte and what he can bring to the Pacers.

Through two preseason games, the 13th overall pick is averaging 13 points and 3.5 assists per game in just 19.9 minutes per night. He has been very productive when on the court, and his defense has been solid to boot.

Duarte was promoted into the Pacers starting five in their second preseason game. If he holds that role going forward — which is plausible given the current injury situation in Indiana — he could be in line for a ton of minutes, and thus, multiple opportunities to prove that he is the most valuable rookie in the NBA.

The Pacers get healthy quickly, and Carlisle devises the perfect system for his roster. If that happens, Indiana could return to the fourth-seeded squad they were two seasons ago with a largely similar core group.

Carlisle and his staff can’t reinvigorate the team, and they continue on as a slightly below-.500 team with no obvious long-term plan. That could lead to significant changes for the franchise.