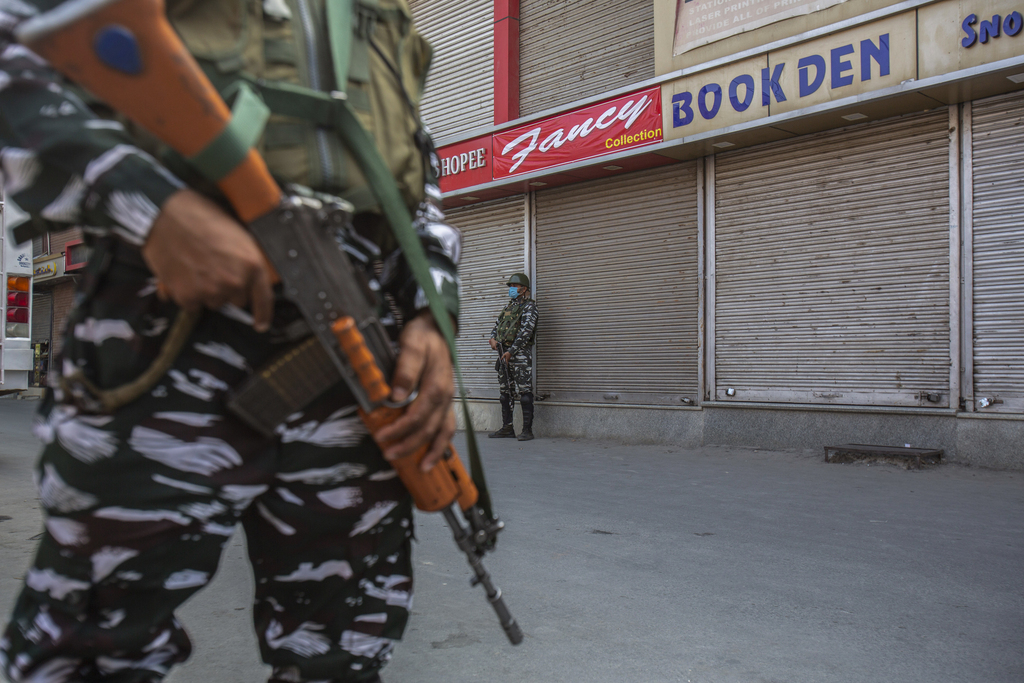 Police in Indian-administered Kashmir have raided the homes of four journalists, triggering concerns of a further crackdown on press freedom in the disputed region that was stripped of its limited autonomy two years ago.

Following the raids, the four journalists were summoned to local police stations in Srinagar, the region’s main city, where they are being questioned since Wednesday morning. The police did not specify the reason for the raids.

Three of the journalists have written for foreign media while one is an editor of a monthly news magazine.

Journalists in Kashmir have long worked under tremendous stress and have been targeted in the past, some fatally, by both the Indian state and armed groups.

Journalists have said harassment and threats by police increased after India revoked Kashmir’s semi-autonomous status and divided the region into two federally governed territories amid an unprecedented lockdown in 2019.

Many journalists have been arrested, beaten, harassed and sometimes even investigated under anti-terror laws.

“Harassment, raids and questioning of journalists have become a norm in Kashmir. The government has made journalism almost impossible in Kashmir,” a journalist, who works for an Indian newspaper, told Al Jazeera.

Another young journalist from Srinagar said that frequent “raids and questioning have spread a wave of fear among them”.

“Journalism is totally being criminalised. Journalists are not scared just for themselves but the families, as well, because they, too, are being harassed now. So, we have everything at a stake,” the 29-year-old journalist, who writes for international publications from Kashmir, told Al Jazeera.

Both the journalists did not want to be identified for the fear of reprisals.

Many journalists have now fallen silent on social media.

The Kashmir Press Club, an elected body of journalists in the region, has repeatedly urged the Indian government to allow them to report freely, saying security agencies were using physical attacks, threats and summons to intimidate journalists and muzzle the press.

Fearing reprisals from government agencies, most of the local press wilted under pressure.

Consequently, journalists have also come under scrutiny through anonymous online threats the government has said are linked to rebels fighting against Indian rule.

Kashmir is divided between India and Pakistan and both claim it in full since the two won independence from the British empire and began fighting over their rival claims.

Since 1989, a full-blown armed rebellion has raged in Indian-administered Kashmir seeking a united Kashmir – either under Pakistani rule or independent of both countries.

The region is one of the most heavily militarised in the world. Tens of thousands of civilians, rebels and government forces have been killed in the raging conflict.