Indian forces to carry out exercise with U.K. 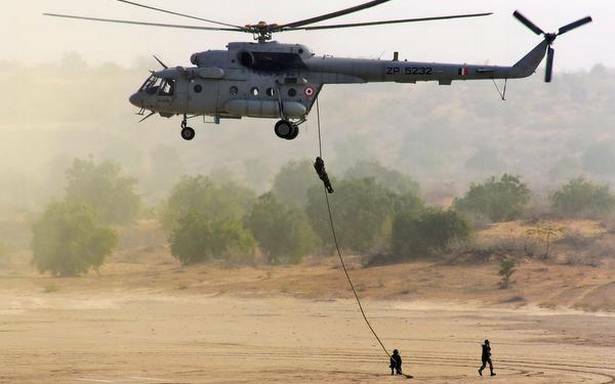 India’s armed forces are scheduled to carry out an exercise with the U.K.’s Queen Elizabeth carrier strike group later this month as it heads back home after its maiden operational deployment in the Indian Ocean.

In another development, the second meeting of the India-U.K. Joint Working Group (JWG) on cyber capacity-building was held on Thursday through videoconferencing.

Separately, the Army said, the sixth edition of the India-U.K. joint company-level military training, Exercise Ajeya Warrior, had commenced at Chaubatia, Uttarakhand, and would culminate on October 20.

On the naval exercise, a defence official observed that it was scheduled to be held in October third week, for which the modalities were being worked out. The triservice components were being finalised.

U.K. Foreign Secretary Liz Truss is likely to visit India coinciding with the exercise, it has been learnt.

In July, India and the U.K. participated in a two-day bilateral Passage Exercise (PASSEX) with the Royal Navy Carrier Strike Group (CSG-21), led by HMS Queen Elizabeth, in the Bay of Bengal as the carrier was passing through.

India and the U.K. are also in talks for a bilateral logistics support agreement.

As part of training, both the Armies would familiarise with each other’s weapons, equipment, tactics, techniques and procedures for carrying out joint military operations, the Army noted in a statement.