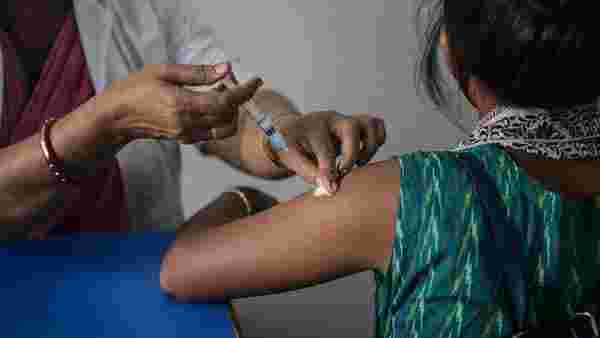 India is worried that growing complacency as Covid-19 infection rates and deaths decline could lead to people skipping their second vaccine shots, leaving communities vulnerable to the coronavirus, said two health experts briefed on the matter.

India has administered more than 744 million vaccine doses - with 60% of its 944 million adults getting a first shot and 19% fully vaccinated with the required two shots.

India has the most partly immunized people in the world, according to the Our World in Data website, mainly due to a long gap of between 12 and 16 weeks between doses, as prescribed by the government.

"There's a concern among the highest quarters of an impending vaccine hesitancy, in view of most taking a single dose already and disease incidence at its lowest," said one of the sources, both of whom declined to be identified.

Large numbers of people skipping their second dose would be particularly problematic in areas with low numbers of previously infected people, meaning more people with fewer antibodies so those communities would be more vulnerable, the first expert said.

The second expert said the health ministry had told states to encourage people to get their second doses as soon as possible, so on the 12th week after their first dose, rather than waiting for the latest date, in a bid to ensure people don't miss the second shot.

The health ministry did not immediately respond to a request for comment.

The government told a news conference last week that data gathered between April and August - when the Delta variant was spreading rapidly - showed one dose alone was 96.6% effective in preventing deaths, while two gave a 97.5% protection.

But one of the experts said that message could inadvertently put people off getting their second shot, especially as for many poor workers time spent at the vaccination centre means a smaller pay packet.

After being hit by the world's biggest surge in coronavirus cases and deaths in April and May, India's daily infections have settled at around 40,000 and deaths have come down sharply.

India has reported 33.26 million infections and 442,874 deaths. The government estimated in July that more than two-thirds of India's 1.35 billion had contracted the virus.