India to get third set of Swiss bank details this month 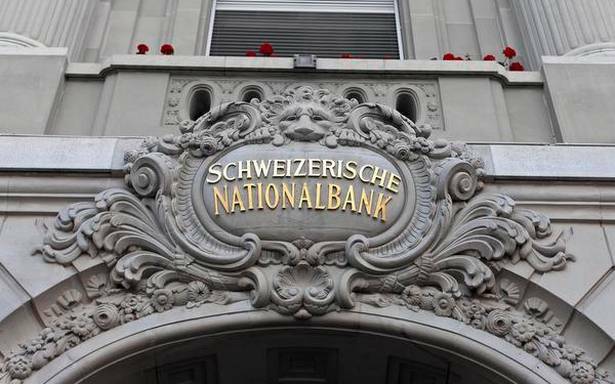 India will get this month the third set of Swiss bank account details of its nationals under an automatic exchange of information pact with Switzerland and this will include for the first time the data about real estate properties owned by Indians there, officials said on Sunday.

Marking a key milestone in the Indian government's fight against black money allegedly stashed abroad, India will get this month the complete information on flats, apartments and condominiums owned by Indians in Switzerland as also on earnings made from such properties to help it look into tax liabilities associated with those assets.

The move assumes significance on the part of Switzerland as well as the European Alpine nation is trying hard to reposition itself as a key global financial centre while warding off the long-persisting perception about the Swiss banking system being an alleged safe haven for black money.

While it would be the third time that India will get details about bank accounts and other financial assets held by Indians in Switzerland, it will be the first time that the information being shared with India would include information about the real estate assets.

While the Swiss government has agreed to share details of real estate assets, the information about contributions to non-profit organisations and other such foundations, as also details on investments in digital currencies still remain out of bounds from the automatic exchange of information framework, officials said.

Experts and those engaged in the business of attracting investments to Switzerland said the move would help clear misconceptions about all fund inflows into Swiss assets being illicit and would go a long way in establishing Switzerland as a preferred investment destination, including for real estate properties.

Himanshu, Founder and CEO of Switzerland For You SA, the parent firm of IDDI Investments, which is engaged in the business of attracting investments from India and other countries to Switzerland including in startups and real estate, said transparency has its own virtues and the proposal of the Switzerland government to share information about property ownership of foreign clients with other countries including India is welcome.

"We find no valid reason for Swiss authorities to hide such information. After all, the ownership of property is not something which can be kept under wraps," said the India-origin entrepreneur who goes by his first name only and is settled in Geneva for many years.

"Sharing of such information with other countries under AEOI will bring in more transparency and act as deterrence for those intending to buy Swiss properties from ill-gotten wealth. The move will go a long way in making Switzerland an attractive investment destination," he added.

India had received the first set of details from Switzerland under AEOI (Automatic Exchange of Information) in September 2019. It was among 75 countries to get such information that year.

In September 2020, India received the second set of Swiss bank account details of its nationals and entities, along with 85 other recipient countries with whom Switzerland's Federal Tax Administration (FTA) exchanged information on financial accounts within the framework of global standards on AEOI last year.

From this year, Switzerland's Federal Council, the country's top governing body, has decided to implement a key recommendation of the Global Forum on Transparency and Exchange of Information for Tax Purposes, under which Swiss authorities will also share details about investments made by foreigners in the Swiss real estate sector.

However, some other recommendations of the Global Forum, including about sharing of information on digital currency accounts and contributions made to foundations and non-profit organisations are yet to be accepted and therefore those details would not be shared by Switzerland with India or any other countries for now.

Hectic lobbying is underway globally to convince Switzerland to start sharing information about digital currency accounts and contributions made to non-profit entities as well.

In each of the last two years, Switzerland has shared details about nearly three million financial accounts with various jurisdictions, while the count is expected to be higher this year.

For the last two years, India has been among prominent countries with which Switzerland has shared details about financial accounts of clients of Swiss banks and various other financial institutions, while it is also expected to figure high this year with regard to details about real estate properties.

Resident and non-resident Indians, as well as Indian companies, would account for a sizeable number in the overall list of those figuring in this year's exchange of information by Switzerland, officials privy to the development said.

Besides, Swiss authorities have already shared information about more than 100 Indian citizens and entities so far this year on receipt of requests for administrative assistance in cases involving probes into financial wrongdoings including tax evasion, the officials added. This count has been similar in the past few years.

These cases mostly relate to older accounts that might have been closed before 2018, for which Switzerland has shared details with India under an earlier framework of mutual administrative assistance as Indian authorities had provided prima facie evidence of tax-related wrongdoing by those account holders. AEOI is applicable only to accounts that are active or were closed during 2018.

Some of these cases relate to entities set up by Indians in various overseas jurisdictions like Panama, the British Virgin Islands and the Cayman Islands, while the individuals include mostly businessmen and a few politicians and erstwhile royals as well as their family members.

The officials, however, refused to share details about the exact number of accounts or the quantum of assets held in the accounts held by Indians, for which the information has been shared with India, citing strict confidentiality clauses governing the exchange framework.

The exchanged information allows tax authorities to verify whether taxpayers have correctly declared their financial accounts in their tax returns.

The 86 countries covered under the AEOI in 2020 included 11 new jurisdictions – Anguilla, Aruba, Bahamas, Bahrain, Grenada, Israel, Kuwait, Marshall Islands, Nauru, Panama and the United Arab Emirates – in addition to a list of 75 countries, with whom information was shared in 2019.

Switzerland's first such exchange took place at the end of September 2018 and involved 36 countries, but India did not figure in the list at that time.

Nearly 10,000 entities, including financial institutions such as banks, trusts and insurers, as also condominium and apartment owners' associations are expected to have shared details about their overseas clients with the Federal Tax Authority of Switzerland for further sharing with foreign jurisdictions.

Switzerland has committed itself to adopt the global standard for the international automatic exchange of information in tax matters. The legal basis for the implementation of AEOI in Switzerland came into force on January 1, 2017.

However, AEOI only applies to accounts that are officially in the name of Indians and they might include those used for business and other genuine purposes.

The Global Forum of the Organisation for Economic Cooperation and Development (OECD) reviews AEOI implementation.

According to experts, the AEOI data received by India has been quite useful for establishing a strong prosecution case against those who have any unaccounted wealth, as it provides entire details of deposits and transfers as well as of all earnings, including through investments in securities and other assets.

On condition of anonymity, several officials said the details relate mostly to businessmen, including non-resident Indians now settled in several South-East Asian countries as well as in the U.S., the U.K. and even some African and South American countries.

A Swiss delegation was in India in August 2019 before the first set of details could get shared and the two sides also discussed possible steps to expedite the execution of tax information-sharing requests made by India in specific cases.

It is feared many Indians might have closed their accounts after a global crackdown on black money led to Switzerland buckling under international pressure to open its banking sector for scrutiny to clear the long-held perception of Swiss banks being safe haven for undisclosed funds.

Switzerland agreed to AEOI with India after a long process, including a review of the necessary legal framework in India on data protection and confidentiality.