This is going to be a year of severe economic turbulence globally. It’s a perfect storm: prolonged war in Ukraine; high and rising inflation and public debt; currency wars; trade tensions; commodity shortages; and heightened uncertainty and asset prices volatility that may lead to financial instability. Central banks are moving their policy cycle from ultra-loose to tightening, increasing the risk of recession. Dollar investments are being taken back to the relative safety of the U.S. financial system. Policymakers in economies less risky than India are transparently communicating their struggles against the incredible complexities of these problems that have no easy solutions.

Is India less or more vulnerable than at the time of the global economic upheaval of 2013 when the ‘taper tantrum’ shock of the sooner-than-expected winding down of the U.S. Federal Reserve’s stimulus disrupted currency and asset markets, and dollar investments were pulled out of emerging market economies like India, sending the rupee into sharp fall?

It’s difficult to say. But things aren’t as hunky dory as New Delhi contends. A few of the macroeconomic fundamentals are in the stress zone. The panic in the financial markets is evident from the wild swings in the exchange rate and government bonds. The rupee’s sudden tumble reflects in part the mis-pricing of risk so far by the markets.

The fiscal deficit position is weaker than it was in 2013. This year’s (2022-23) budget was made before Russian troops invaded Ukraine. Nearly a fourth of the government’s expenditure was budgeted for paying interest on its past borrowings, up from a fifth in the year ended March 31, 2022. The world has changed after India’s budget was presented on February 1.

The inescapable fallout of the Reserve Bank of India (RBI) tightening monetary policy on May 4 (a 40 basis points increase in the repo rate, and raising the cash reserve ratio by 50 basis points) is that government’s borrowing costs are set to rise. Now, nearly half of the budget’s expenditure could have to go towards repaying debt and interest on it. How will India repay this debt? How much will the cost of servicing debt increase? These are the questions sovereign ratings of economies rest on. It won’t be alarmist to worry about India’s current sovereign rating profile on this account. As for public debt sustainability, the government’s goal of lowering the debt-to-GDP ratio to 60% is a pipe-dream, and likely to remain so for years.

In 2013, India was running a sizeable current account deficit, which isn’t as wide now, but is growing precipitously. It hit a nine-year high (2.7% of GDP) as of December 31, 2021. Anything above 2% is considered unsustainable for India. Rising U.S. interest rates have made emerging markets such as India relatively less attractive to investors. Foreign institutional investors have pulled out over ₹40,000 crore every month in 2022. Since capital flows can no longer finance the trade deficit, the rupee has plunged lower than it had in 2013 when India was bracketed in the ignoble ‘Fragile Five’ economies. It fell to ₹77.52 to a dollar, its lifetime-low, on Monday.

Forex reserves are in a far better position than in 2013 but are depleting fast. The RBI is expending nearly $10-11 billion a month to defend the rupee, its foreign exchange reserves dropping below $600 billion from the all-time high of $642 billion just months ago.

The macroeconomic fundamentals are, thus, not a source of much comfort. But the biggest danger for India may not be economic. Riskiest is the policy system’s poor capacity for timely and sound policy responses. Monetary and fiscal policy have been less than sound and administrative chaos has shaken confidence.

The RBI swerved into monetary tightening in an off-schedule meeting that shook markets. It needn’t have. A well-telegraphed frictionless transition wasn’t difficult. It didn’t happen because the RBI shrugged off the world’s most powerful economies preparing to clamp down on inflation and instead focused on keeping down the government’s borrowing costs. Its sudden change of policy came less out of concern for growth-retarding inflation and more to defend the rupee. The RBI’s timing was dictated by the U.S. Federal Reserve’s anticipated  interest rate hike. The noisy grinding of gears is to prevent the interest rate differential vis-a-via the U.S. from narrowing, which would expedite the outflow of dollar investments, putting the rupee in free fall.

Central banks certainly have the option to take quick, sudden decisions. The big question is, why did the RBI wait till the last minute when the U.S. Fed’s rate hike was well-anticipated? Knee-jerk, eleventh-hour decision-making has become the norm — be it the delayed corrections in vaccine procurement and distribution policy last year or the recent cancellation of passenger trains for managing coal supplies.

The pro-affluent bias in the COVID-19 relief packages is not unintended. The Finance Ministry consciously decided to provide support to formal firms based on two rationales — both are fine under normal circumstances but are over-punctilious amid such a big humanitarian crisis. Its first objective was to ensure that it can track the money sent from the Budget, and that can only be done if the recipients are organised sector firms; there is no way for North Block to keep an eye on money’s use if it is handed to unorganised sector firms. Second, since the government has no mechanisms to assess genuineness of beneficiaries, the task was delegated to banks as they have some capacity for due-diligence of beneficiaries. All of this meant that government support could only take the form of asking people to borrow, rather than putting a safety net under those most affected by the pandemic, with wage protection, rent and other direct payments.

It is now well-recognised that the shock of the pandemic has affected smaller firms disproportionately because the government’s COVID-19 support packages — chiefly credit on easy terms — haven’t reached them. But the government has neither the fiscal room nor administrative capacity to bail them out, a key reason why the GDP recovery remains fragile.

The government has spent too much time in office dragging its feet on reforms, firing experts and enervating institutions. The financial system wasn’t sufficiently strengthened in the years from 2014 to 2019 despite full knowledge of the extent of the bad loans and other problems. The pace of fiscal consolidation was similarly too slow in the high-growth years.

A global financial crisis, a pandemic, a war and other such black-swan events cannot be predicted. When they strike, policy and estimates get thrown off-track. Two things determine how the economy copes with the impact of the shocks and then returns to the pre-shock economic trajectory: the capacity for sound policy-making and how well the non-crisis years were used to strengthen policy, institutions and the structural growth parameters. Failures on both these points make India more vulnerable to external shocks in today’s global economic scenario than it needed to be.

Puja Mehra, a Delhi-based journalist, is the author of ‘The Lost Decade (2008-18): How India’s Growth Story Devolved into Growth without a Story’. She is now working on a biography of I.G. Patel 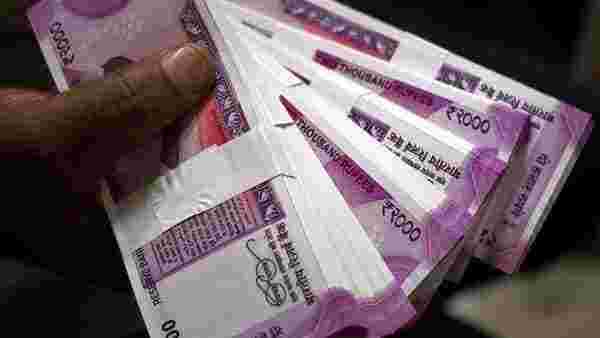 Livemint
One subscription that gives you access to news from hundreds of sites
Retail inflation jumps to 8-year high of 7.79% in April

NEW DELHI: Retail inflation based on consumer price index (CPI) jumped to 8-year high of 7.79 per cent in April,…

The Times of India
Control inflation by acting on liquidity