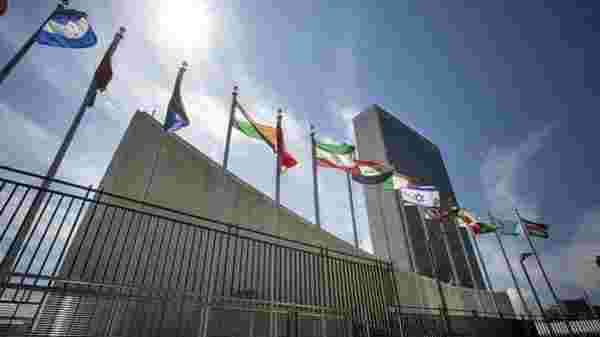 India has just concluded its presidency of the United Nations Security Council (UNSC) for August. It was a remarkable month. What was supposed to be a calm August turned out to be one of the busiest and probably most productive. We managed to achieve almost all of what we set out for, and also successfully handled the expected and unexpected challenges that came our way.

During our presidency, we had 14 ‘outcome documents’, five of which were UNSC resolutions. The last time the Council had 14 of these was in June 2020. Three signature events held by India had a clear focus on our priority issues, namely maritime security, UN peacekeeping and counter-terrorism. These topics found resonance with the larger UN membership.

The maritime security event was chaired by the Prime Minister himself which saw participation from several world leaders, including Russian President Vladimir Putin. This was also the first Security Council (SC) meeting chaired by an Indian PM. We witnessed the first Presidential Statement issued on the holistic concept of maritime security. In spite of differences and nuances in the understanding of what this security entails, India worked closely with all SC members to ensure the statement’s adoption by consensus. It includes the following under the broad rubric of maritime security: the UN Convention on the Law of the Sea, terrorism, freedom of navigation, piracy, transnational crimes and other illicit activities, trafficking in arms, humans and others, strengthening international and regional cooperation, etc. This document promises to set the template of future discussions on maritime security, an area of high important for us.

On 18 August, peacekeeping was in focus, with external affairs minister, S. Jaishankar here in New York to chair the session. The day started with a solemn ceremony at the UN Peacekeepers Memorial. A resolution on Protecting the Protectors was adopted, which seeks to safeguard UN Peacekeepers. It was the first SC resolution piloted by India in over four decades, and it had the co-sponsorship of all 15 members. A video was screened for the SC that highlighted India’s support for the situational awareness technology platform, Unite Aware, in four peacekeeping missions. This was India walking the talk on peacekeeping. Jaishankar also chaired a session on technology and peacekeeping, where the UN Secretary General briefed the SC. The first stand-alone presidential statement on this subject was adopted. We also signed an MoU with the UN Peacekeeping Institute in Entebbe.

In our third signature event on the threat posed by the Islamic State/Daesh, one of the briefers was Davood Moradian, director general of the Afghan Institute of Strategic Studies, who had left Kabul just two days earlier. SC members agreed on a press statement highlighting, inter alia, threats posed by the IS-Khorasan and other regional groups to Asia and parts of Africa. Developments in Afghanistan gave this meeting acquired additional salience.

The agenda that was not originally slated for the SC but dominated the month was the Afghanistan situation. We held three meetings on it, issued three press statements and adopted one resolution. The swift adoption of this resolution was crucial, bringing the collective voice and expectations of the SC to bear on the issue. The outcome was broadly in line with our own thinking on this matter, including its focus on Afghan soil not being used for terrorism, especially by UN-proscribed terrorists, the departure of Afghan and foreign nationals, human rights, especially of women and minorities, and other humanitarian issues. Our presidency helped the SC deal with this matter with the urgency and sensitivity it deserved.

Our eastern neighbour Myanmar was also discussed in a private meeting, where a special envoy of the ASEAN Chair of Myanmar and the foreign minister of Brunei briefed the SC.

Foreign secretary Harsh Vardhan Shringla chaired a session on the Palestine Question, which has been a priority focus of the SC’s work. Several other issues in the Middle East received SC attention, including the UN’s interim force in Lebanon, for which India is one of the largest troop contributors.

Africa-related issues received attention, with an unscheduled meeting on Ethiopia. Resolutions on the UN assistance mission in Somalia and sanctions on Mali were also adopted. At our invitation, the deputy PM and foreign minister of the Democratic Republic of Congo attended the maritime-security event to convey Africa’s perspective as leader of the African Union. We have been working closely with African SC members to reinforce Africa’s voice. Kenya and India had earlier been the two countries to abstain on a South Sudan resolution.

Our Permanent Mission in New York had assiduously prepared the ground for the adoption of many outcome documents by engaging with all SC members in an inclusive manner and in a spirit of transparency and accommodation to ensure Council consensus. At the same time, we did not shy away from taking up issues which were complex and sensitive but deserved to be addressed by the SC.

There is no doubt that our presidency of the UNSC has once again reinforced the fact that India continues to play an important role in world affairs.