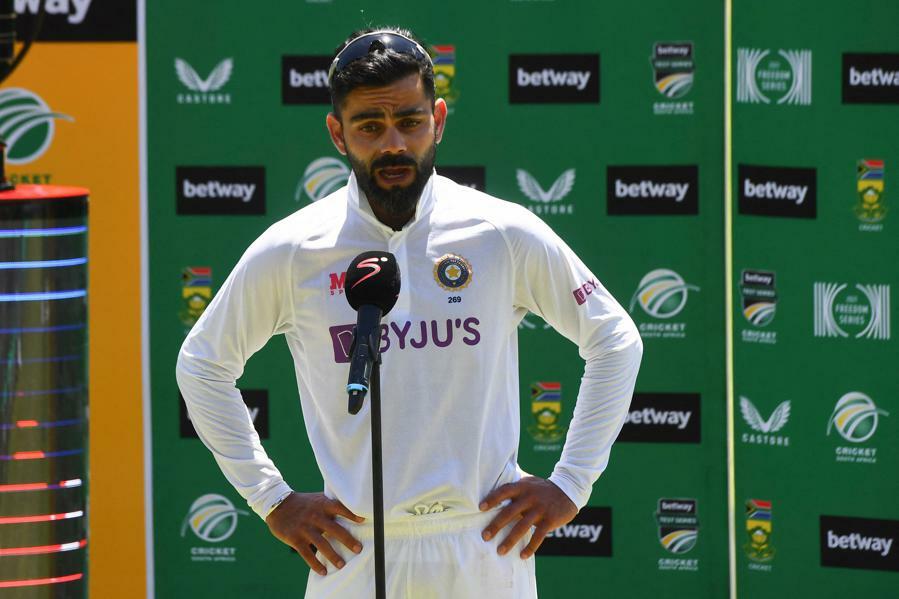 The bitterness was visible for Virat Kohli, a player who wears his heart on his sleeve. As he begrudgingly shook hands with the victors, India’s captain knew the visitors had missed a golden opportunity to create history and etching this team - most probably India’s greatest in the long format - among the pantheons of best ever Test teams.

It all ended rather in a whimper on Friday in the deciding third Test with India failing to get the necessary eight wickets needed on the final day to win their first Test series in South Africa and conquer their so-called final frontier.

A confident South Africa powered to victory to seal a seven-wicket victory to cap an engrossing series that was a timely reminder of the beauty of this old warhorse of a format.

But for India, it was merely a bitter disappointment. An India Test legend might have summed it up best on the broadcast. “India’s dream of winning a series for the first time in South Africa has turned into a nightmare,” batting great Sunil Gavaskar said.

India were so close to undeniable historical greatness with Kohli’s men having won defining series in Australia - twice in fact - and the U.K in recent times. South Africa, such difficult terrain for them over the years, was ripe for the picking given the Proteas’ rebuild after a number of stalwarts had recently departed.

A convincing first Test victory seemed to confirm India’s favoritism and moved them a step closer to a much-anticipated feat. A second Test loss for Kohli-less India appeared a momentarily lapse for this hardened group who have proven a knack of conjuring wins at pivotal moments.

They had the edge for most of the third Test in the bowler-friendly conditions and even a a slim first innings lead seemed handy. Despite incredibly resilient batting once again from Kohli, India were coming undone in the second innings until batter-’keeper Rishabh Pant played a gem of a knock, where he scored an unbeaten century to single-handedly set South Africa a tricky chase.

But India’s confidence soon eroded late on day four when they realized South Africa’s determined batters weren’t going to wilt in the chase. It was a rattled Kohli who imploded under the strain and let his frustrations out with a scathing attack on the broadcaster after a DRS decision went against India.

An innate firebrand, Kohli is prone to these outbursts and he wasn’t alone in his dismay of the DRS decision with vice-captain KL Rahul and veteran Ravichandran Ashwin also airing their disapproval for the world to hear.

Perhaps it was just a culmination of a frustrating period for Kohli, who was contentiously stripped of the ODI captaincy on the back of India’s T20 World Cup failure. He also hasn’t scored a century in more than two years in a perplexing drought for such a master batter.

But India weren’t able to refocus and they couldn’t put enough sustained pressure on South Africa - a normally conservative team who cut loose as they mowed down the target at a fair clip of three-and-a-half runs an over.

While India were vanquished, it was a terrific result for South Africa who have several emerging stars set to ensure their rebuild is swift. They’ve been the most consistent Test team of the last three decades - not prone to sharp spirals like Australia and England - but amid a period of turmoil South Africa were braced for some tough times ahead.

Galvanized by the strong leadership of Dean Elgar, a rejuvenated South Africa are entering an exciting new era in a much needed tonic for Test cricket which struggles for survival beyond the big three countries of India, Australia and England.

It might just prove a harbinger for Elgar’s South Africa and suddenly they can look forward with great anticipation to tours of the U.K. and Australia later in the year.

Still this was supposed to be No.1 India’s moment and they might not get a better chance of winning in South Africa. A momentous triumph would have ended the debate on where they stand amongst the modern best teams.

Boasting some notable veterans, marked by Kohli who at 32 years old is starting to weary amid his almighty burden, India might have peaked with this player group showing signs of slippage against hungry opponents.

It’s little wonder Kohli was left looking beleaguered as his dreams of world domination crumbled before his eyes.