India’s Gulzar, A.R. Rahman To Work Together On Music Of Subrata Roy’s Biopic 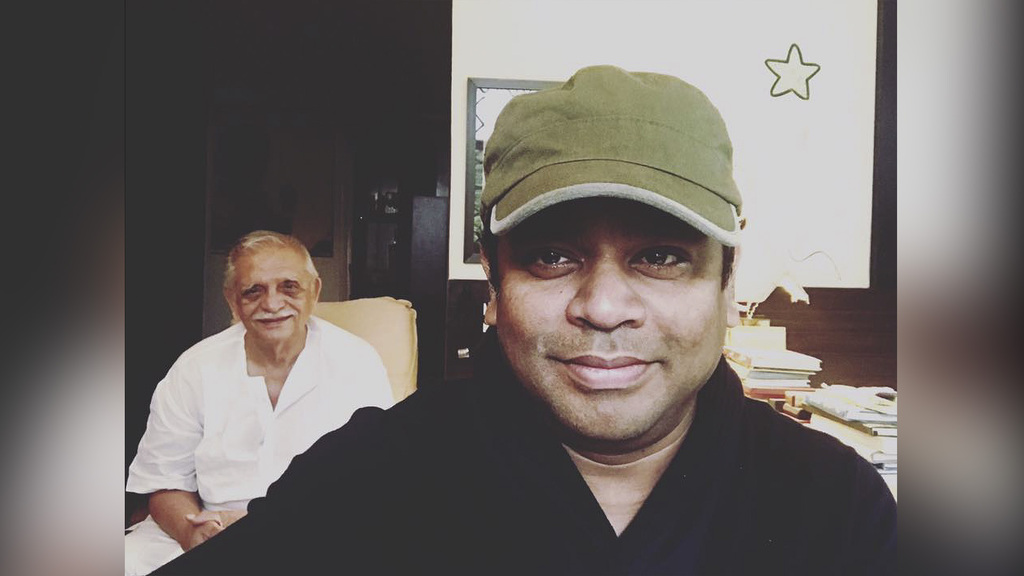 Taking to his Instagram handle, Singh announced the news about the duo working together again.

“It gives me unbelievable joy to bring these legends of lyrics and music together for a project that is extremely close to my heart,” he said.

“I have been an ardent admirer of the work of AR Rahman Ji and Gulzar Saab. Their contribution to the cinema cannot be measured, and I am humbled that they are a part of my project. Subrata Roy Sir’s life is a tremendous story of grit, determination, and success, and it needs the support of these two geniuses to realize this dream on 70 mm. I am humbled and overwhelmed.”

Oscar-winning Rahman expressed his excitement to collaborate with Gulzar.

“Gulzar Saab’s soulful lyrics are extremely inspiring for a musician, and I hope I can do justice to the lyrics and the story. I am looking forward to this collaboration,” he said.

Gulzar also expressed his happiness about working with Rahman.

“It will be wonderful to collaborate with Rahman again,” he said.

“Subrata Roy’s life is enigmatic and inspiring. Rahman is a wonderful artist and musician, and I look forward to this collaboration,” Gulzar shared.

The news about Roy’s biopic broke out when Singh bought the rights for the film. Speaking about the upcoming film, Singh said it was not easy for him to acquire the film’s rights on the life of Roy.

“The story of Saharasri, as he is fondly called, is the most fascinating real story available at present,” he said.

“Beginning from a small town in Uttar Pradesh to becoming a founder of an organization of 14 lakh workers working under its aegis; the second-largest in India after Indian Railways, of being one of the most influential persons with stars from sports to Bollywood to politics oscillating around him; rich in controversies and audacity; a saga of emotions, rise, and resilience, it has all this and more, to be a delight for filmmakers as well as the audience. His story is full of surprises, and as no one has dared explore it, it is largely untold.”

“Mr. Roy has been approached by many for a biopic, but he was extremely reluctant about it. I met him several times during the course of the last year and was able to assure him that the film will not be made for mere financial gains but will be dealt with in all honesty and will be factual. Finally, we were able to get the rights, and we are upbeat about the project.”

The name of the film has not been revealed yet.

Roy is one of the most famous business tycoons of India. The Securities and Exchange Board of India (SEBI) prohibited Roy and two Sahara companies — Sahara Housing Investment Corp (SHIC) and Sahara India Real Estate Corp (SIREC) — from raising money from the public in 2010. SEBI accused the group of illegally raising several thousand crores through optionally fully convertible debentures (OFCDs). Later, Roy was sent to prison, and he remained there for over two years. In 2016, he was released on parole.

Roy’s case got featured in streaming platform Netflix’s series “Bad Boy Billionaires.” He owned luxuriant hotels in London and New York, an airline, a Formula One team, a cricket team, and financial companies at different points in time.

Speaking about Rahman and Gulzar, this is not the first time that the duo has collaborated to make music.

The duo won an Oscar in 2009 for “Best Achievement in Music Written for Motion Pictures, Original Song” for the song “Jai Ho” from Danny Boyle and Loveleen Tandan’s 2008 directorial film “Slumdog Millionaire.”