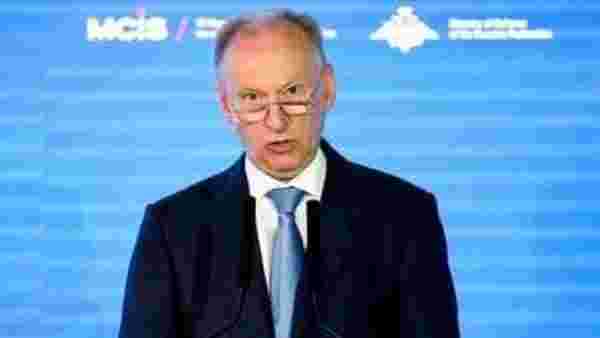 NEW DELHI : India and Russia are to discuss the situation in Afghanistan during a two-day visit of General Nikolai Patrushev, the secretary of the Security Council of the Russian Federation, starting Tuesday, a statement from the Indian foreign ministry said.

Patrushev is visiting India for high-level India-Russia inter-governmental consultations on Afghanistan from 7-8 September, the statement said and added that the talks are “a follow-up to the telephone conversation between Prime Minister Narendra Modi and President of the Russian Federation Vladimir Putin on 24 August 2021."

“The two leaders had expressed the view that it was important for the two strategic partners to work together, and instructed their senior officials to remain in touch on Afghanistan," it said.

Patrushev will also call on Modi and the Indian foreign minister S. Jaishankar during his visit, the Indian statement said.

The India-Russia talks come as the Pakistan-backed Taliban is looking at announcing a government after their 15 August takeover of Kabul. On Monday, the hardline Islamist group said they had seized the last province—Panjshir—which was not in their control after their blitz through Afghanistan last month. Taliban spokesman Zabihullah Mujahid confirmed that the province, which is north of the capital, was now held by their fighters. The resisting forces were led by the former vice president, Amrullah Saleh, and also the son of the legendary anti-Taliban fighter Ahmad Shah Massoud.

Russia, China and Qatar, besides Pakistan, are among the handful of countries who have received invites to attend the government formation ceremony of the Taliban in Kabul, according to media reports. Other media reports said that Russia had said it would participate in the ceremony only if the government was inclusive—i.e., included non-Taliban groups.

Russia and India along with Iran were the three main backers of the resistance group that fought the Taliban during their last stint in power in Kabul between 1996 and 2001.

This time, there seems to be differences between India and Russia with the Russian position seemingly coordinated better with Beijing than New Delhi. The Russian government has engaged with the Taliban, calling the group and the Afghan government representatives for peace talks in Moscow. China and Iran, too, have had many rounds of talks with the Taliban. In recent weeks India held its first publicized contact with the Taliban, with Indian ambassador in Doha, Deepak Mittal, meeting Taliban leader Sher Mohammed Abbas Stanekzai. New Delhi’s wariness in engaging with the Taliban comes from the fact that it views the group as supported and propped up by Pakistan.