The yield on the 10-year government bond opened marginally lower on Thursday as traders exercised caution anticipating larger monetary easing because of deteriorating economic growth amid a jump in retail inflation.

Exceeding the Reserve Bank of India’s (RBI) medium-term target for the first time since July 2018, India’s retail inflation unexpectedly jumped to a 16-month high of 4.62% in October as prices of kitchen staples such as onion and tomato skyrocketed.

Analysts said the market will now focus on India’s September quarter gross domestic product data, due on 29 November, that is likely to show a deeper slowdown and in turn may lead to a larger rate cut from the RBI.

"Slowing growth will dominate the attention of the central bank rather than temporary spike in food inflation. Flow of frequency indicators reaffirms the broad-based slowdown in economic growth. Near term growth momentum is projected to remain lackluster with FY20 GDP growth estimated at 6.0% with downside risks. It is imperative for the RBI to remain accommodative and support growth. With CPI inflation projected to average below 4% amid widening negative output gap, we expect RBI to deliver another 25-40 bps in the rest of FY20, before getting into a prolonged pause,” said Amar Ambani, head of research – Institutional Equities at YES Securities

Data released earlier showed that India’s factory output contracted 4.3% in September, recording its worst show since at least April 2012. With factory output at an eight-year low, analysts expect India’s economy to have grown at less than 5% during the September quarter.

"For the RBI, it, however, presents a tough policy dilemma of overshooting inflation, undershooting growth and fragile fiscal state. However, we think the current underlying growth-inflation mix continues to be favourable for counter-cyclical monetary stance. The domestic demand state, as reflected in various activity indicators, has weakened further in recent months, while fragile external growth backdrop convolutes the domestic slowdown further. We think the monetary accommodation has further steam of 50-65bps cut more in the cycle, contingent on data outcomes. We will closely watch out for the evolution of inflation amid various domestic and global idiosyncrasies, and fiscal fragilities that could impact the MPC’s reaction function,” said Madhavi Arora, economist, forex and rates, Edelweiss Securities

Meanwhile, the rupee traded marginally lower amid mixed cues from Asian currencies. The rupee was at 72.05 a dollar, down 0.06% from Wednesday's close of 72.09.

Traders weighed President Donald Trump’s remarks that tariffs could be raised if there’s no US-China trade agreement, even though he said that a deal could happen soon.

In the year so far, the rupee has weakened 2.6%, while foreign investors have bought nearly $11.81 billion in Indian equities and $5.36 billion in debt.

The dollar index, which measures the US currency’s strength against a basket of major currencies, was at 98.354, down 0.02% from its previous close of 98.373. 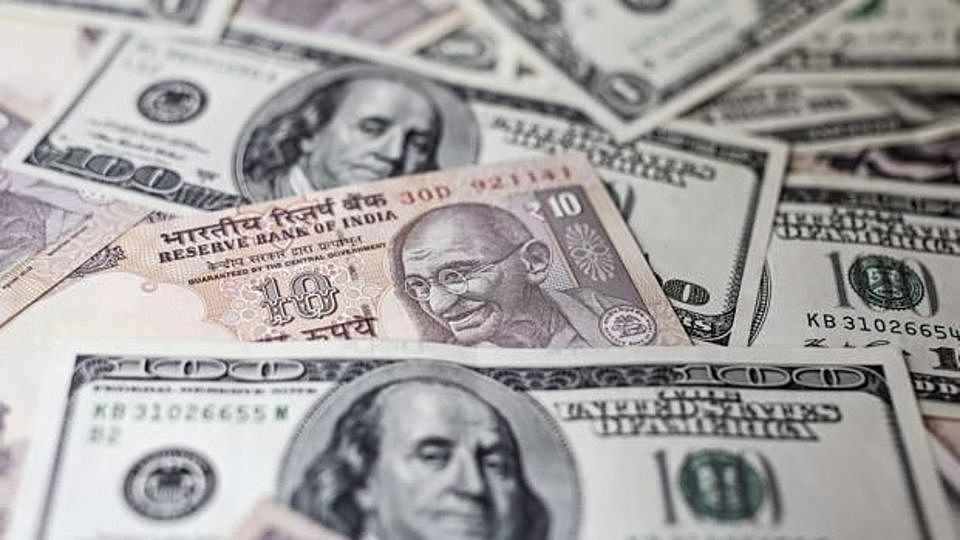 Mumbai: The Indian rupee on Wednesday opened at a two-month low against the US dollar due to weak domestic macro…

India’s retail inflation unexpectedly quickened to a 16-month high at 4.62%, exceeding the central bank’s medium-term target for the first…

With no letup in onion prices, retail inflation in October is likely to cross the 4% medium term target of…