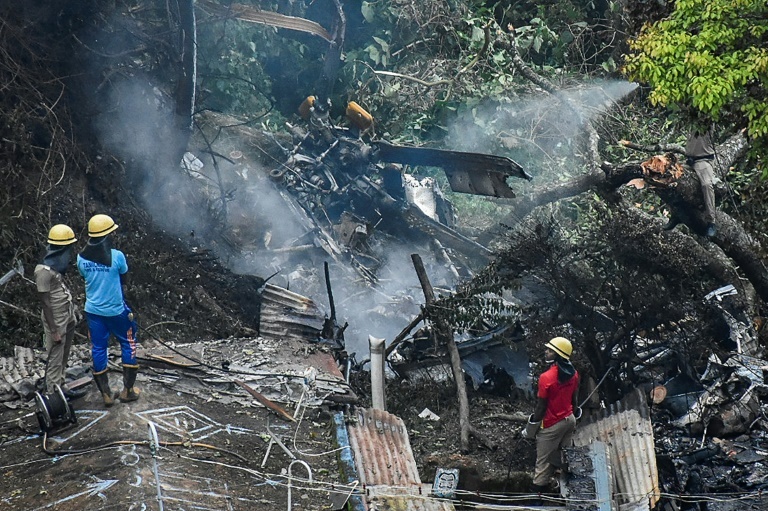 The 63-year-old Rawat was travelling with his wife and other senior officers in the Russian-made Mi-17 chopper, which crashed near its destination in southern Tamil Nadu state.

"The court of inquiry has ruled out mechanical failure, sabotage or negligence as a cause of the accident," India's defence ministry said in a statement.

The ministry said that the investigation team analysed the flight data recorder, cockpit voice recorder and questioned witnesses to come up with its preliminary report.

The aircraft entered clouds due to an "unexpected change in weather conditions", it said."This led to spatial disorientation of the pilot resulting in Controlled Flight into Terrain."

Rawat was India's first chief of defence staff, a position that the government established in 2019, and was seen as close to Prime Minister Narendra Modi.

His death was the subject of wall-to-wall coverage in Indian media, and his flag-wrapped coffin was towed through the streets of New Delhi on a gun carriage draped with flower garlands before he was cremated.

He and his wife were cremated together on the same pyre, with a 17-gun salute fired as their daughters set it alight.

Rawat was an outspoken and polarising but hugely popular officer who came from a military family and had already survived a helicopter accident in 2015, with minor injuries.

The general was headed to the Defence Services Staff College to address students and faculty when the Mi-17 chopper crashed in foggy conditions.